Moscow has blasted the US State Department’s claims about an alleged chemical attack in Syria’s Idlib province, saying the allegations totally lack proof and haven’t even been confirmed by Western-backed groups on the ground.

The Russian Defense Ministry said that Washington’s attempts to “impose another lie on this world” about the situation in Syria were “not even surprising anymore” as it denied that any such attack in Idlib took place.

The military also called out the US over the lack of evidence. When the State Department first reported an alleged attack on Tuesday it limited itself to saying that the US saw some “signs” it might have happened while failing to provide any details about the incident, except for the date on which it supposedly took place.

Even Western-backed groups, such as the UK-based Syrian Observatory for Human Rights (SOHR) and the White Helmets – the self-proclaimed civil defense group that operates exclusively in militant-controlled areas and has been accused of associating with extremists – did not support the claims of Washington this time, the ministry said.

Neither the SOHR nor the White Helmets published any related reports, although they have often been the first to report on alleged chemical attacks in militant-controlled areas, which Western officials then promptly blamed on the Syrian government.

Washington had to admit that it had “no definitive conclusions” about the alleged incident, but has not backed down from its claims. The State Department spokeswoman Morgan Ortagus told reporters on Thursday the US managed to obtain reports from “numerous sources including interviews with those present during the attack.” 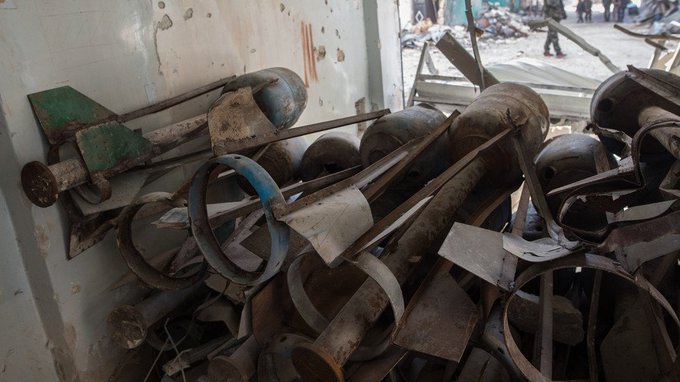 #US State Department comes to no ‘definitive conclusions’ after chemical attack claims in #Syriahttps://on.rt.com/9v0y

These claims were also ridiculed by the Russian Defense Ministry as it said that the only “witnesses” and “sources” on the ground the US could have reached were the terrorists from Hayat Tahrir ash-Sham – formerly known as the Al-Nusra Front, an Al-Qaeda affiliate. The group defeated all other militant groups in the area back in February and have enjoyed“total control” over the region ever since.

The Russian military added that the Syrian Army unilaterally ceased fire a day before the supposed attack and did not respond to the militants’ provocations after that, and hence “there could have been no ‘attacks’ in the Idlib de-escalation zone on May 19 at all.” It argued that the story appears to serve as a “political cover for the terrorists’ desperate attempts to destabilize the situation … in Idlib and provoke a humanitarian catastrophe there.”

On Wednesday, Al-Nusra terrorists launched a large-scale offensive, with hundreds of militants supported by tanks and APCs, but the attack was repelled by the Syrian Army. At the same time, Russia’s Khmeimim airbase recently came under repeated rocket attacks from Idlib, sometimes involving explosive-laden drones to target the base. All of them were intercepted by air defenses.