On April 16 the New York Times published a report by Julian E. Barnes and Adam Goldman about the relation between CIA Director Gina Haspal and President Donald Trump.

The piece described a scene in the White House shortly after the contentious Skripal/Novichok incident in Britain. It originally said (emphasis added):

During the discussion, Ms. Haspel, then deputy C.I.A. director, turned toward Mr. Trump. She outlined possible responses in a quiet but firm voice, then leaned forward and told the president that the “strong option” was to expel 60 diplomats.

To persuade Mr. Trump, according to people briefed on the conversation, officials including Ms. Haspel also tried to show him that Mr. Skripal and his daughter were not the only victims of Russia’s attack.

Ms. Haspel showed pictures the British government had supplied her of young children hospitalized after being sickened by the Novichok nerve agent that poisoned the Skripals. She then showed a photograph of ducks that British officials said were inadvertently killed by the sloppy work of the Russian operatives.

The 60 Russian diplomats were expelled on March 26 2018. Other countries only expelled a handful of diplomats over the Skripal incident. On April 15 2018 the Washington Postreported that Trump was furious about this:

The next day, when the expulsions were announced publicly, Trump erupted, officials said. To his shock and dismay, France and Germany were each expelling only four Russian officials — far fewer than the 60 his administration had decided on. The President, who seemed to believe that other individual countries would largely equal the United States, was furious that his administration was being portrayed in the media as taking by far the toughest stance on Russia.

Growing angrier, Trump insisted that his aides had misled him about the magnitude of the expulsions. ‘There were curse words,’ the official said, ‘a lot of curse words.

In that context the 2019 NYT report about Haspel showing Trump dead duck pictures provided by the Brits made sense. Trump was, as he himself claimed, manipulated into the large expulsion.

The NYT report created some waves. On April 18 2019 the Guardian headlined:

The report of the dead duck pictures in the New York Times was a problem for the CIA and the British government. Not only did it say that they manipulated Trump by providing him with false pictures, but the non-dead ducks also demonstrated that the official narrative of the allegedly poisoning of the Skripals has some huge holes. As Rob Slane of the BlogMire noted:

In addition to the extraordinary nature of this revelation, there is also a huge irony here. Along with many others, I have long felt that the duck feed is one of the many achilles heels of the whole story we’ve been presented with about what happened in Salisbury on 4th March 2018. And the reason for this is precisely because if it were true, there would indeed have been dead ducks and sick children.

According to the official story, Mr Skripal and his daughter became contaminated with “Novichok” by touching the handle of his front door at some point between 13:00 and 13:30 that afternoon. A few minutes later (13:45), they were filmed on CCTV camera feeding ducks, and handing bread to three local boys, one of whom ate a piece. After this they went to Zizzis, where they apparently so contaminated the table they sat at, that it had to be incinerated.

You see the problem? According to the official story, ducks should have died. According to the official story children should have become contaminated and ended up in hospital. Yet as it happens, no ducks died, and no boys got sick (all that happened was that the boys’ parents were contacted two weeks later by police, the boys were sent for tests, and they were given the all clear).

After the NYT story was published the CIA and the British government had to remove the problematic narrative from the record. Yesterday they finally succeeded. Nearly eight weeks after the original publishing of the White House scene the NYT recanted and issued a correction (emphasis. added):

An earlier version of this article incorrectly described the photos that Gina Haspel showed to President Trump during a discussion about responding to the nerve agent attack in Britain on a former Russian intelligence officer. Ms. Haspel displayed pictures illustrating the consequences of nerve agent attacks, not images specific to the chemical attack in Britain. This correction was delayed because of the time needed for research.

The original paragraphs quoted above were changed into this:

During the discussion, Ms. Haspel, then deputy C.I.A. director, turned toward Mr. Trump. She outlined possible responses in a quiet but firm voice, then leaned forward and told the president that the “strong option” was to expel 60 diplomats.

To persuade Mr. Trump, according to people briefed on the conversation, officials including Ms. Haspel tried to demonstrate the dangers of using a nerve agent like Novichok in a populated area. Ms. Haspel showed pictures from other nerve agent attacks that showed their effects on people.

The British government had told Trump administration officials about early intelligence reports that said children were sickened and ducks were inadvertently killed by the sloppy work of the Russian operatives.

The information was based on early reporting, and Trump administration officials had requested more details about the children and ducks, a person familiar with the intelligence said, though Ms. Haspel did not present that information to the president. After this article was published, local health officials in Britain said that no children were harmed.

So instead of pictures of dead ducks in Salisbury the CIA director showed pictures of some random dead ducks or hospitalized children or whatever to illustrate the effects consequences of nerve agent incidents? 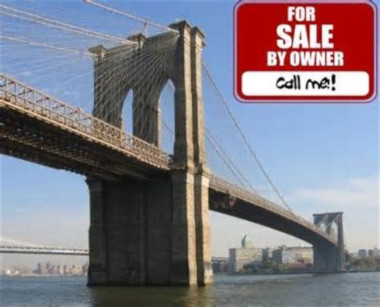 That the children were taken to hospital but unharmed was already reported in British mediaon March 24 2018, before the Russian diplomats were expelled, not only after the NYT piece was published in April 2019.

Yesterday the author of the NYT piece, Julian E. Barnes, turned to Twitter to issue a lengthy ‘apology’:

I made a significant error in my April 16 profile of Gina Haspel. It took a while to figure out where I went wrong. Here is the correction: 1/9

The intelligence about the ducks and children were based on an early intelligence report, according to people familiar with the matter. The intelligence was presented to the US in an effort to share all that was known, not to deceive the Trump administration. 7/9

This correction was delayed because conducting the research to figure out what I got wrong, how I got it wrong and what was the correct information took time. 8/9

I regret the error and offer my apology. I strive to get information right the first time. That is what subscribers pay for. But when I get something wrong, I fix it. 9/9

Barnes covers national security and intelligence issues for the Times Washington bureau. His job depends on good access to ‘sources’ in those circles.

The original report was sourced on ‘people briefed on the conversation’. The corrected version is also based on ‘people briefed on the conversation’ but adds ‘a person familiar with the intelligence’. Do the originally cited  ‘people’ now tell a different story? Are we to trust a single ‘person familiar with the intelligence’ more than those multiple ‘people’? What kind of ‘research’ did the reporter do to correct what he then and now claims was told to him by ‘people’? Why did this ‘research’ take eight weeks?

That the ‘paper of the record’ now corrects said ‘record’ solves a big problem for Gina Haspel, the CIA/MI6 and the British government. They can no longer be accused of manipulating Trump (even as we can be quite sure that such manipulations happen all the time).

In the end it is for the reader to decide if the original report makes more sense than the corrected one.