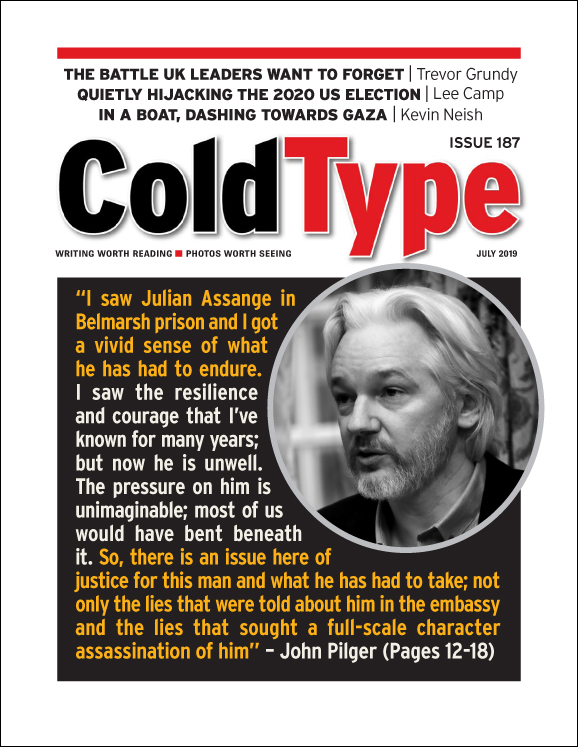 JULIAN ASSANGE, PRESS FREEDOM, AND A WITCH-HUNT: Our two main articles show how the recent arrest and detention of Julian Assange in London have very serious implications for freedom of speech: John Pilger points out, in an extended interview with Dennis J. Bernstein and Randy Credico that a democracy that sends its police against journalists because they have revealed the truth is not a democracy, while David Edwards details the methods used in the media’s witch-hunt against the Wikileaks founder. In other stories, Anna Sergi tells how the Mafia and corruption rocked Italian football, Trevor Grundy writes about a vicious battle the UK’s leaders would like to forget, Kevin Neish recounts his journey on a boat fleeing to Gaza with Greek commandos in full pursuit, Marjorie Cohn details the effects of the latest US embargo on Cuba, Conn Hallinan reports on turbulent times ahead for Turkey’s Recep Erdogan, and Stephen Groening reveals what Orwell’s 1984 tells us about today’s world.

All 187 issues of ColdType are available at
www.issuu.com/coldtype