By Johanna Ross
in Edinburgh, Scotland
Special to Consortium News

A couple of weeks ago, The Times of London published an article about senior civil servants fearing U.K. opposition leader Jeremy Corbyn was “too frail” to be prime minister.  Reportedly they also thought he “lacks both a firm grasp of foreign affairs and the domestic agenda.”

This is the same civil service that is supposed to maintain complete neutrality and according to its code “must not act in a way that unjustifiably favours or discriminates against particular individuals or interests.”

Corbyn fought back, arguing that it was unacceptable that civil servants were briefing newspapers on an elected politician. He demanded an independent inquiry into who was spreading such fabrications in the press and “compromising the integrity of the civil service.” 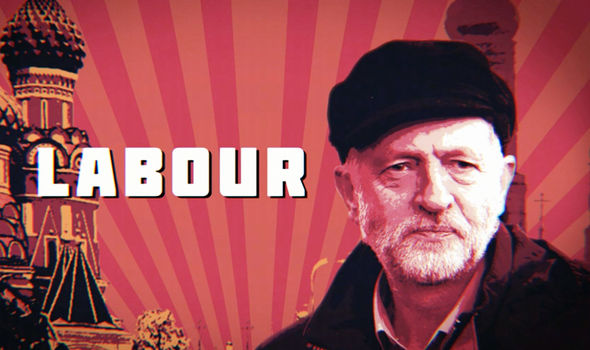 For David Miller, a professor of political sociology at the University of Bristol, who investigates concentrations of power and ways to hold them accountable,  the idea that the British civil service may not be impartial in its operations is hardly surprising.

Far from ever being objective, he told Consortium News that the civil service now clearly has “an unconstitutional animus against a potential Corbyn government and has been briefing against it one way or another through various agencies for some time now.”

Indeed, the anti-Corbyn bias within the establishment has been obvious in the catalog of smears on Corbyn and his team since he came to the Labour leadership; from allegations of being a “Soviet sleeper” to being “anti-Semitic” and now to questions about his overall fitness. 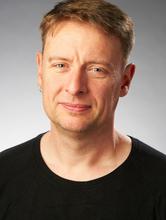 Miller said most of the allegations were created by a number of organisations and individuals who are “involved in a faction fight with the Corbyn leadership.”

Noam Chomsky, a leading U.S. social critic, is among those who have spoken out against what he termed a “witch hunt” against the Labour leader and his supporters.

Whether or not anti-Semitism exists in the party, Miller said the accusations are out of hand.  “Almost everyone who says anything which is either critical of Israel or critical of the party’s response to the anti-Semitism crisis is denounced as an anti-Semite,” Miller said. “The question is how long will it be before everyone sees that the people who are involved in this have overreached themselves.”

Attempts to undermine potential socialist governments are of course, not new.

Miller gives the example of the Zinoviev case – when a fake letter was published in the Daily Mail in 1924 just prior to the general election, suggesting Communists in Britain were taking orders from Moscow. The goal was clearly to undermine the British Labour movement.

Miller also points to the case of former Prime Minister Harold Wilson. “Despite what may now be said by some elements of the security state,” Miller said that British agencies were engaged in an active plot to undermine Wilson’s elected government. 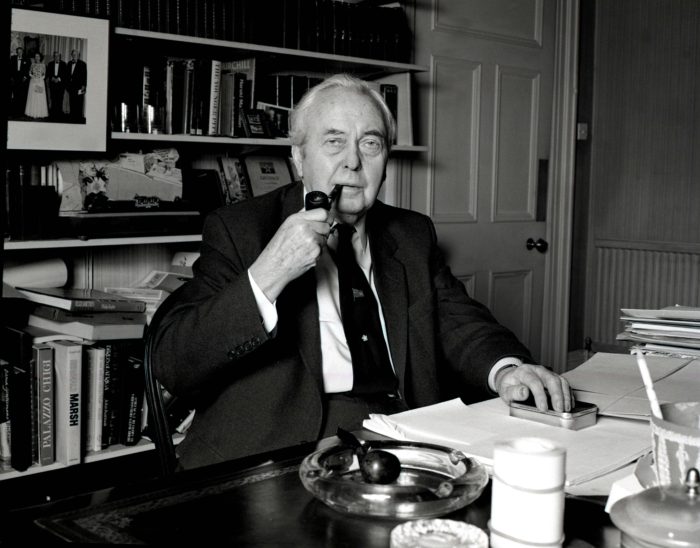 As an example, Miller cites the Integrity Initiative; organized by the government’s Institute for Statecraft, which has a stated mission of countering “Russian disinformation and malign influence by harnessing existing expertise and establishing a network of experts, opinion formers and policy makers to educate national audiences in the threat and to help build national capacities to counter it.”  Its website is incidentally now empty pending an investigation into the “theft of its data” – after a hack exposed detail of the extent to which the government-funded program was itself engaged in disinformation.

Miller, who runs the Bristol-based Organisation for Propaganda Studies, said the scheme was found to be spreading its own disinformation and openly criticizing opposition leader Corbyn and his party.

“Corbyn has recently said in relation to the most recent criticism from the civil service that there are people in the establishment that are trying to undermine Corbyn, his office, his advisors and supporters of him,” Miller said. “And that’s what the Integrity Initiative was doing.” 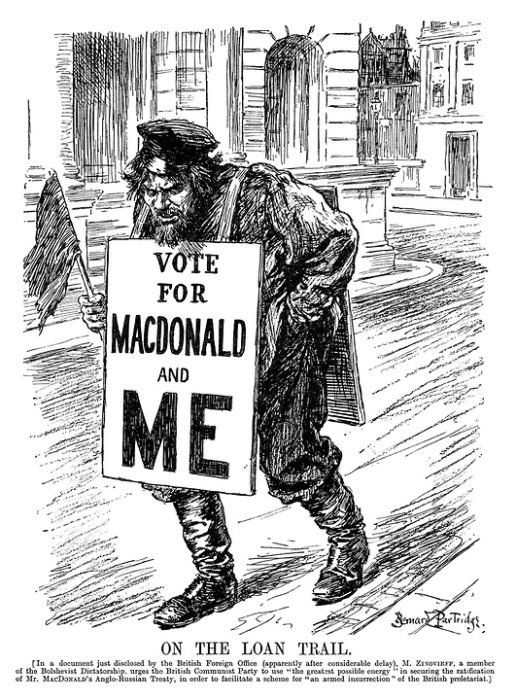 Cartoon published by Punch after the Zinoviev letter was released, depicting a Bolshevik campaigning for Ramsay MacDonald, head of the short-lived Labour government of 1924. (Wikimedia Commons)

Miller said this was clear from the very beginning of the Integrity Initiative when it was regularly engaged in tweeting or retweeting attacks on Corbyn and his closest advisors.

Miller calls the use of taxpayers’ money to interfere in domestic politics an affront to democracy.

“A government-funded project was engaged in attacking the leader of the opposition,” Miller said, “which is unconstitutional and something the U.K. civil service should not be involved in… they crossed the line when they started attacking Corbyn. And when we look back on this period, the Integrity Initiative, its funding by the Foreign Office and its base in British military intelligence will be one of the strands of the activities which will be seen to have been a secret state campaign against the elected leader of the Labour party.”

Miller would like to see an investigation into the attacks on Corbyn and whether they had been effectively funded by the Foreign Office, but doesn’t hold out much hope of that happening.

Six months ago, Shadow Home Secretary Emily Thornberry demanded answers to how this could have happened, with no result.

And Chris Williamson, a Labour MP and Corbyn supporter who was trying to investigate the Integrity Initiative, found himself suspended from the party after he was targeted with allegations of anti-Semitism.

Corbyn’s call for an independent investigation into the civil service leak to the press has also, as expected, been rejected by the government.

Johanna Ross is a freelance journalist based in the United Kingdom.