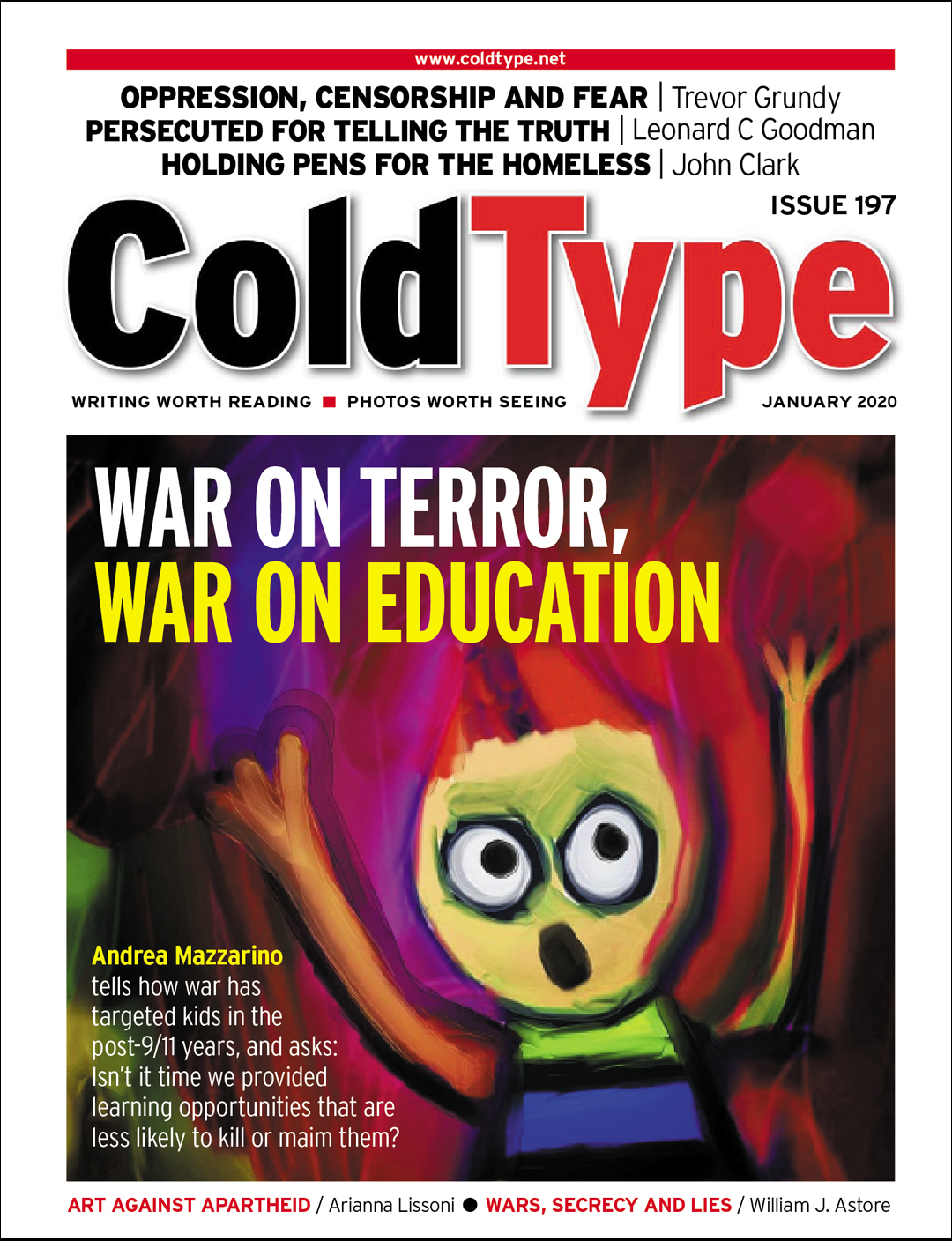 FIGHTING FOR CHANGE: Fighting the evils of war is the loose theme of our first issue of this new year. We begin with Andrea Mazzarino’s indictment of the US military, both at home and abroad, and its effects on the young. That’s followed by Arianna Lissoni’s review of the revolutionary art of Judy Seidman, who left her home in the US to join the fight against apartheid in South Africa, and William J. Astore’s examination of the secrecy and lies that conceal the reality of US empire-building wars of aggression. In other stories, Leonard C Goodmanexplains why the struggles of Julian Assange and Chelsea Manning were the biggest press freedom stories of the year,John Clark decries the idea that the homeless should be housed in ‘holding pens’, Linda McQuaig is scornful of Canadian banking bosses and their $15-billion bonuses, and Alan Macleod finds Venezuelan coup soldiers locked up  in US detention centres. We’ve also got eye-opening articles from Jonathan Cook, Trevor Grundy, Patrick Bloomfield, and Caitlin Johnstone, while we end with Catherine Spooner on the free movement of vampires and  ColdType’s Picture of the Year, by Ron Fassbender.

All 197 issues of ColdType are available at
www.issuu.com/coldtype