Iranian General Qasem Soleimani’s assassination by the USA brings the issue of imperialism back to the fore. The General was not assassinated because he was planning future attacks. His fate was sealed on December 27th a week before his death. December 27th marked the beginning of the first joint naval manoeuvres between Iran, Russia and China, called “Indian Ocean Security Belt”. After the 4 days of war games, Iran declared an end to US hegemony in the region. No hegemonic imperial power, especially one in decline, can ignore such a challenge, especially after it warned Iran to “think twice” before conducting these drills. Its response was to project its power by killing the Iranian Chief of Staff in an international airport in a foreign country.

The common flu virus will infect millions across the globe. It can be easily spread and will especially strike the young and the elderly. But this is not what has been described as the Wuhan virus. The common flu is far deadlier. This is not to downplay the Wuhan coronavirus flu, or to give it its medical name, 2019-nCoV.

END_OF_DOCUMENT_TOKEN_TO_BE_REPLACED 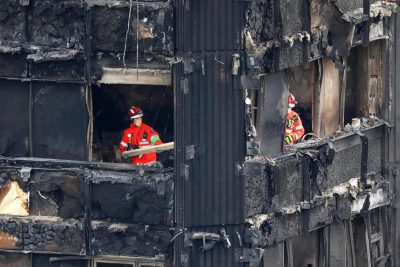 All polymer foams produced from isocyanate chemicals are fire-accelerants that will not only spread any fire within seconds of ignition but will also emit lethal hydrogen cyanide gas that can cause death within a few minutes.

END_OF_DOCUMENT_TOKEN_TO_BE_REPLACED

Senior BBC news reporter Orla Guerin has found herself in hot water of an increasingly familiar kind. During a report on preparations for the commemoration of the 75th anniversary of the liberation of Auschwitz concentration camp, she made a brief reference to Israel and an even briefer reference to the Palestinians. Her reporting coincided with Israel hosting world leaders last week at Yad Vashem, its Holocaust remembrance centre in Jerusalem.