Bolivian journalist Oliver Vargas takes an in-depth look at the candidates taking on the interim right-wing government of Jeanine Anez in Bolivia’s upcoming elections and the many challenges they face.

END_OF_DOCUMENT_TOKEN_TO_BE_REPLACED

U.S. Demands Iraq Either Join U.S. War Against Iran or Be Destroyed
https://www.greanvillepost.com/2020/01/28/u-s-demands-iraq-either-join-u-s-war-against-iran-or-be-destroyed/

END_OF_DOCUMENT_TOKEN_TO_BE_REPLACED

Much of Donald Trump’s long-trailed “deal of the century” came as no surprise. Over the past 18 months, Israeli officials had leaked many of its details.

The so-called “Vision for Peace” unveiled on Tuesday simply confirmed that the US government has publicly adopted the long-running consensus in Israel: that it is entitled to keep permanently the swaths of territory it seized illegally over the past half-century that deny the Palestinians any hope of a state.

END_OF_DOCUMENT_TOKEN_TO_BE_REPLACED

The Western mass media have discussed the new corona virus that began in the city of Wuhan in Central China but, apart from repetitive small details and the inevitable China-bashing, not much light has been shed on the circumstances. My initial commentary here is composed from a medley of nearly 100 Western news reports, primarily ABC, CBS, CNN, AFP, and from some Chinese media. Officially called the novel coronavirus (2019-nCoV), the contagion is a respiratory illness, a new type of viral pneumonia, in the same family of infections as SARS and MERS.

END_OF_DOCUMENT_TOKEN_TO_BE_REPLACED 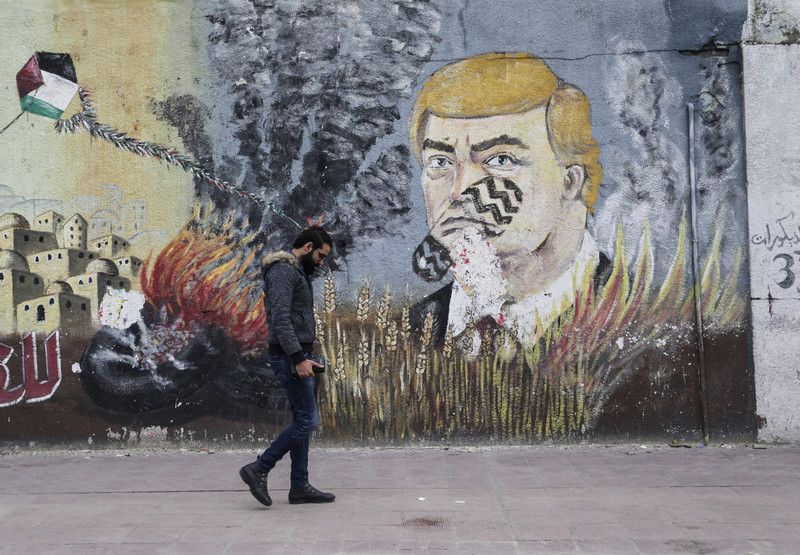 Graffiti in Gaza shows what Palestinians have come to think of US President Donald Trump’s peacemaking. Mahmoud Issa SIPA USA

After much anticipation and with great ceremony, on Tuesday US President Donald Trump presented his plan for Middle East peace.

It’s “a great plan,” Trump had already said a few days ago, though he may just have been humoring his son-in-law Jared Kushner, its chief architect.

On Tuesday, he called the plan “win-win,” though to whom the second win goes is hard to say.

END_OF_DOCUMENT_TOKEN_TO_BE_REPLACED

The capture of the town of Maarat al-Numan in Syria’s northwestern province of Idlib bordering Turkey on Wednesday by the government forces must be counted as the first ‘new facts on the ground’ since the murder of Qassem Soleimani twenty-five days ago. The salience is that the military operation against the al-Qaeda affiliates went ahead and actually met with stunning success.