Luke Evans argues that the role Labour plays in maintaining the capitalist state makes it a crucial site for socialists to organise within. 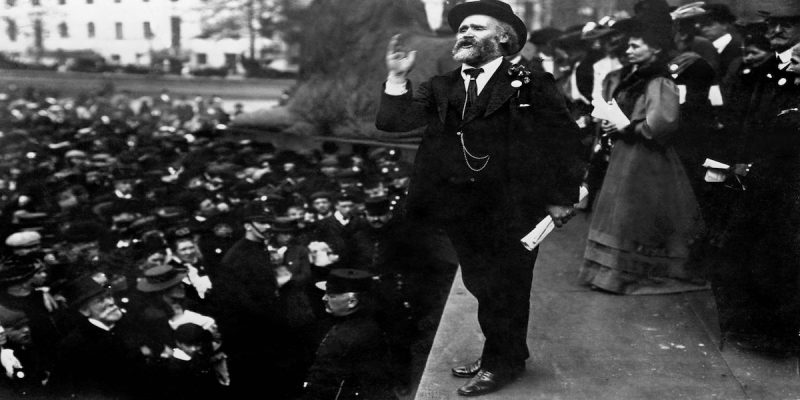 The history of socialism in this country is, generally speaking, a history of failure. This isn’t the fault of all socialists past, it’s a function of specific historical conjunctures – and the formation of the Labour Party, in its specificity, has played a key role. There are a number of reasons for this, rooted in the history and formation of the party, but they can be summarised by the fact that the Labour Party has never been a Marxist party and has always been collaborationist. If we accept the centrality of Labour to the historical failure of socialism in the UK – in the absence of a convincing theory *and* praxis aimed towards crushing the party – it’s necessary to think about how exactly to engage with it.

The anti-socialist function of Labour in the UK has been twofold. The first is to inhibit socialist organising in the first place by offering the mirage of an easier path. The second is by working as a pressure valve, as a means to redirect socialist energies into establishing a “better” class settlement within the existing capitalist-imperialist framework. Recognising this function is not accelerationism, nor is it saying the left needs suffering to succeed: it is to say that the Labour Party forecloses radical possibility by finding a local optimum and staying there. Both functions are anti-socialist, but mistaking them for one another is a consistent and debilitating flaw on the left.

The influential marxist theorist Louis Althusser – who was a lifelong member of the French Communist Party and is known for his work on ideology – claimed that the economic base is determinant of the superstructure only in the last instance and he called this “relative autonomy”.  In the same way, the Labour Party is determinant of socialist possibility only in the last instance. In other words, there is a complex two way interaction between socialists and the Labour Party and, whilst we have a degree of autonomy, how far we can go is bound by the Labour Party.

The first function of the Labour Party lends itself to total disengagement from it – socialists ought not get involved, lest it redirect their energies from a productive cause to an unproductive one. The second function implies the opposite – socialists must organise within the Labour Party but importantly it must be alongside their extra-party organising.

There are two rationale behind this latter implication: firstly, that the Labour Party as a national platform and field of struggle is more accessible to socialists than almost any other; secondly, that in the last instance, when the autonomy of the socialist left is revealed as relative, we will be better placed to ensure the Labour Party is not there to offer a class settlement. Socialist control of the party is vital to avoid the horizon-limiting effects caused by its agitation – it is vital so that the party cannot serve as the final barrier to the socialist cause.

A successful socialist movement will require either the Labour Party to have been crushed or transformed. Whilst the end goal is absolutely the “abolition of the existing structures and the institutions that reproduce them”, the party currently isn’t even a platform from which the left can launch itself. That needs to change.

In a developed capitalist economy like ours the two are intertwined – they have been since the party was formed and affiliated to large swathes of organised labour. Whilst it exists it is necessary to fight to pin the party left, advocating for a real break from capitalism, for the dual purpose of making use of its amplified platform and to work to prevent class-compromise. Ultimately, therefore, the Labour Party being elected into government is secondary to ensuring the Labour Party does not hold reactionary or compromising positions.

Left-Labourists aim to use the party as the primary instrument for bringing about socialism. But the existing Labour Party is a component of the ideological state apparatus. It serves as a barrier to socialist goals and, explicitly aiming for a conciliatory approach, it serves to set the boundaries of discourse and obfuscate real, radical political possibilities.

Aiming to use the party in its current form to legislate for socialism is a sisyphean task – this is the lesson of the Corbyn project. Initially an attempt to transform the Labour Party, Corbynism was derailed by the taste of near electoral success in 2017, in favour of one last push. In opposition to this, our aim must primarily and principally be the transformation of the party, not its election to power. This transformation must come with the complete and total consent of the membership and this requires changing the broader balance of class forces in which the membership operates. It is for this reason that organising outside the Labour Party is vitally important even for those who wish to stay in the party. Organising within the party lays the groundwork for its transformation: organising without the party creates the conditions for it.