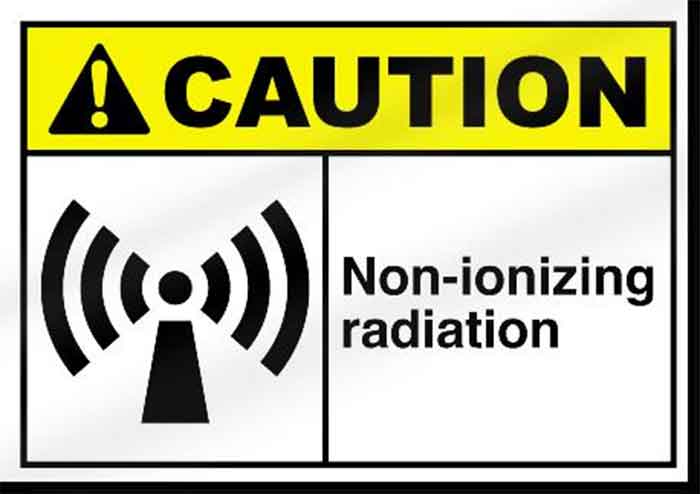 In recent years a lot of  attention has been drawn to the high hazards of non-ionising radiation which have unfortunately been ignored for too long. Adding in a very significant way to these warnings last month an organization of prominent international experts  issued an important statement on serious and adverse health impacts of Non-Ionising Radiation (NIR). This statement has been issued by Physicians’ Health Initiative for Radiation and Environment (PHIRE). PHIRE is an independent association of medical doctors and associated specialists assembled for the purposes of improving education regarding health effects of non-ionising radiation.

This statement says– Medical experts and practitioners from around the world have united once again to make clear their concerns regarding the health effects of escalating non-ionising radiation (NIR) exposures. NIR is electromagnetic energy ranging from Extremely Low Frequency (ELF) waves right the way up to Ultraviolet (UV). In particular, they are concerned about radiofrequency (RF) emissions from existing mobile phone networks, Wi-Fi, and the rollout of 5G.

Further this statement adds–Whilst such emissions were historically presumed to be biologically inert, and are still purported to be safe by many to this day, there is now highly credible evidence to the contrary. The main risks associated with exposure to such (wireless) non-ionising radiation in the peer-reviewed scientific literature include: increased cancer risk, cellular stress, increase in harmful free radicals, genetic damage, structural and functional changes of the reproductive system, learning and memory deficits, neurological disorders, and negative impacts on general well-being in humans.

Summarizing the mounting evidence on high health impacts of NIR this statement asserts – Mounting human epidemiological evidence of increased cancer has now been corroborated by ‘clear evidence’ of carcinogenesis from animal studies. These include the two largest investigations ever undertaken globally, from the widely respected National Toxicology Program (USA), and Ramazzini Institute (Italy). What is more, law courts are now validating such links: with compensation for health damages from mobile phone radiation being won in a growing number of cases internationally. Some legal teams are so certain of negative health effects that civil suits for Wi-Fi and other wireless injury are now being brought on a ‘no win no fee’ basis, and insurance underwriters consider related risks to be ‘high’.

This statements draws attention to the fact that hundreds of peer-reviewed scientific studies have demonstrated adverse biological effects occurring in response to a range of NIR exposures below current safety guidelines; however, emissions continue to escalate. Medical evidence of harm has now reached the critical mass necessary to inspire the medical community to step out of their usual roles, stand up and speak out regarding their concerns.

The document has been signed by medical groups representing over 3,500 medical doctors so far, including experienced clinicians and widely published and respected scientists who are experts in this field. It declares current safety levels to be inadequate and highlights some of the disease processes linked with NIR exposure in peer-reviewed publications; it points out the vulnerabilities of children  and other hypersensitive groups, whose symptoms may include sleep problems, impaired concentration, headaches, and mood disturbance; it also highlights the contravention of Human Rights and Equalities Acts and requests urgent responses from governments and health authorities to halt further deployment of emitting technology and address current public health failures.

Professor Anthony B. Miller, MD. Professor Emeritus, Dalla Lana School of Public Health, University of Toronto (UofT) has said, “This statement has been supported by several senior medical experts – This is an important statement that should be read by all concerned with public health. Those responsible for exposing children to non-ionising radiation, especially in schools, should take immediate action to reduce exposure to non-ionising radiation of the children entrusted to their charge. There is sufficient evidence to now classify radiofrequency radiation as a human carcinogen. Action must be taken now to reduce human exposure to non-ionising radiation to as low as can be achievable, including a moratorium on the introduction of 5G.”

Dr. Damien Downing – President of The British Society for Ecological Medicine (BSEM) has said, “In my lifetime our exposure to radiofrequency radiation has increased by up to a billion  times. There is no excuse any more for pretending this is not harmful – to us and to all life on the planet. Radiofrequency radiation is the new tobacco. Anybody sincerely reading the science should be deeply, deeply concerned.”

Dr. Erica Mallery-Blythe – Founder of Physicians Health Initiative for Radiation and Environment (PHIRE) and author of the 2020 NIR Consensus Statement has  said, “The message from these doctors and scientists is a simple one: “Progress is not progress when the cost to be paid is our health and the health of our children … Let us stop, take a breath and use our human genius for true evolution that enhances our lives rather than sabotages them.”

Bharat Dogra is a freelance journalist and author. His recent books include Planet in Peril and Protecting Earth for Children