Announced today the deal with Rwanda (whose authorities British officials accused last year of killings, disappearances and torture), to relocate asylum seekers there, spells the end of the Refugee Convention in the UK and a return to the 1930s and ‘40s, when desperate refugees from Nazism were forced to seek sponsors and prove that they would not be a charge on public funds in order to get visas. The 1948 Universal Declaration on Human Rights, declaring the universal right to ‘seek and enjoy asylum’, and the 1951 Refugee Convention, were meant to put an end to that, recognising the need for refugees to flee without papers. But the deathly Australian ‘offshoring’ model, which until now only Israel and Denmark have sought to copy, inverts the meaning of asylum – and makes a mockery of the parliamentary process, where the Lords are fighting tooth and nail to preserve asylum rights.

The continued erosion of human rights and the impunity of government and its agencies is the subject of Frances Webber’s article in the latest April issue of Race & Class, now available to order. Marking fifty years since the radical transformation of the IRR, from a policy-oriented establishment institution to an anti-racist ‘thinktank’ under the leadership of A. Sivanandan, the issue is framed by an editorial written by Jenny Bourne. Other key contributions include a reflection by Leah Bassel on the London Permanent Peoples’ Tribunal in 2018 which put the ‘hostile environment’ on trial, and an ethnographic article on the conditions for Jamaican seasonal migrant workers in Canada.

Asylum and migration continue to be a key theme in our calendar of racism and resistance, which documents how many British citizens are experiencing for the first time in their lives the shambolic and hostile bureaucracy that is the Home Office, as they attempt in vain to speed up the glacial process of obtaining visas for the Ukrainian refugees they are sponsoring; local authorities are given inadequate or inaccurate information; the opportunities for trafficking and sexual exploitation in the government’s Homes for Ukraine scheme are causing alarm to NGOs. Back in Ukraine, meanwhile, migrants are still held in a detention centre near Belarus despite the Russian invasion. 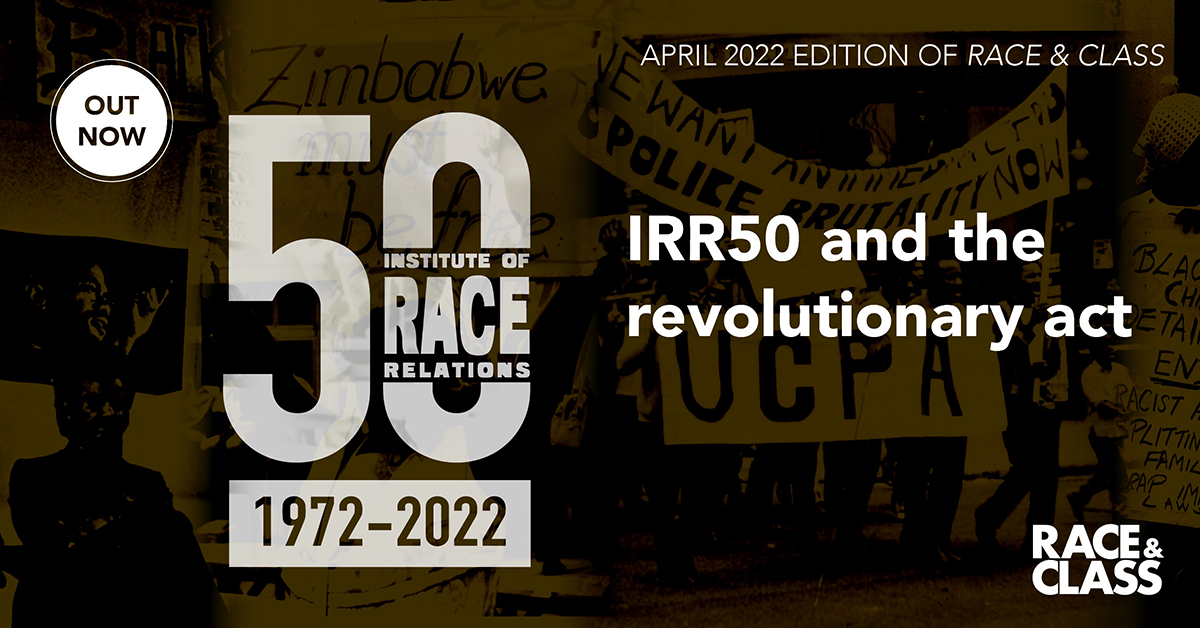 The April 2022 issue of Race & Class is now online and available to order. Framed by an editorial written by Joint Editor Jenny Bourne, who recounts one of the most significant steps in British race relations – the transformation of the Institute of Race Relations in 1972. This momentous change shifted the IRR from a policy-oriented establishment institution to an anti-racist ‘thinktank’ under the leadership of A. Sivanandan. 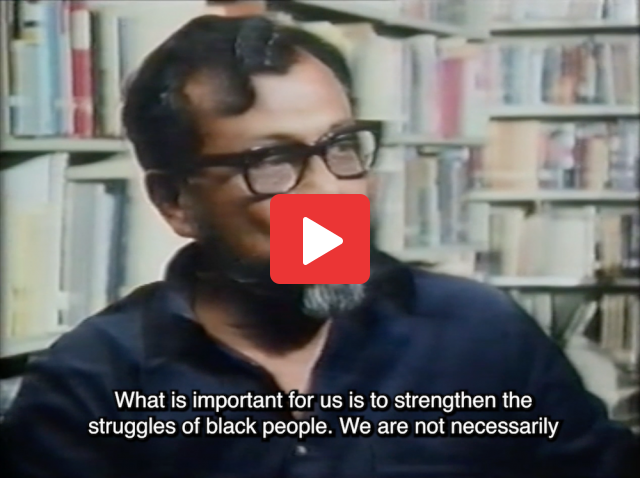 A rare 1982 film from the archive Teaser: IRR50 anniversary film

On Monday, to mark our 50th anniversary, we will be releasing a rare film from 1982 about the unique history of the Institute of Race Relations and it’s radical transformation, precipitated by the Extraordinary General Meeting of 18 April 1972. Featuring A. Sivanandan, Stuart Hall, Jenny Bourne, Hazel Waters, Cedric Robinson, Colin Prescod and Kenneth Leech, you can watch a teaser of the film on our Youtube Channel. Premiering at 12 noon on Monday, the full film will be available to watch at this link. 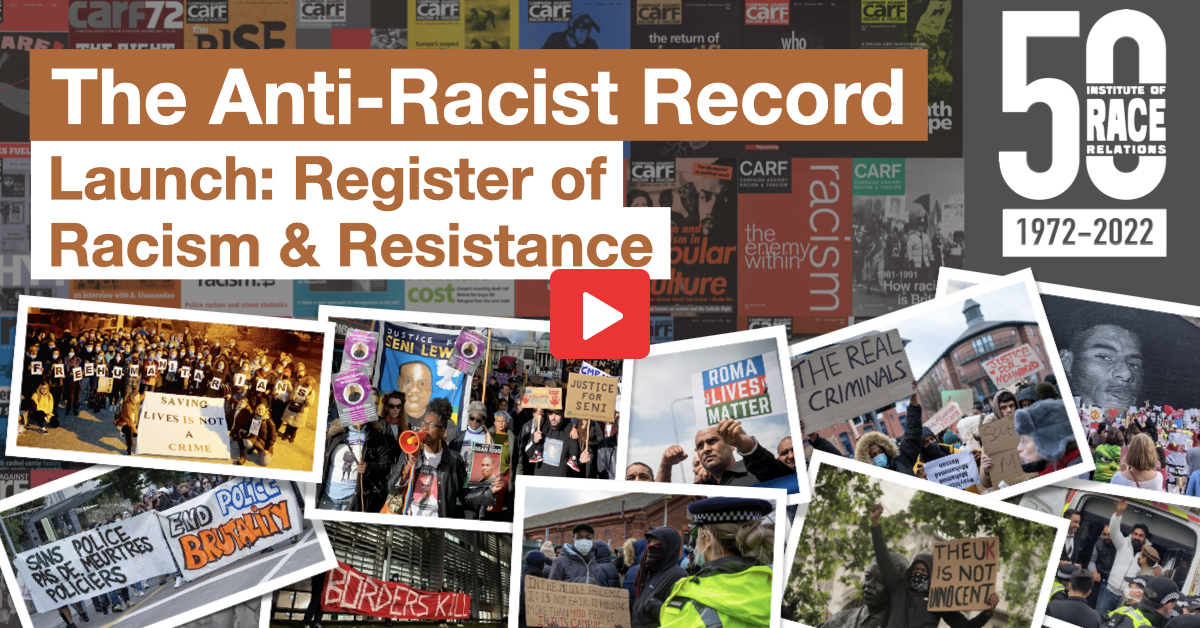 In case you missed it, you can still watch the launch of our long-awaited Register of Racism and Resistance, the first in a series of projects and activities as part of IRR50. The Register is a searchable archive of all calendars of Racism & Resistance dating back to 2014. You can watch the launch event and demonstration of the database via Youtube and Facebook Live. 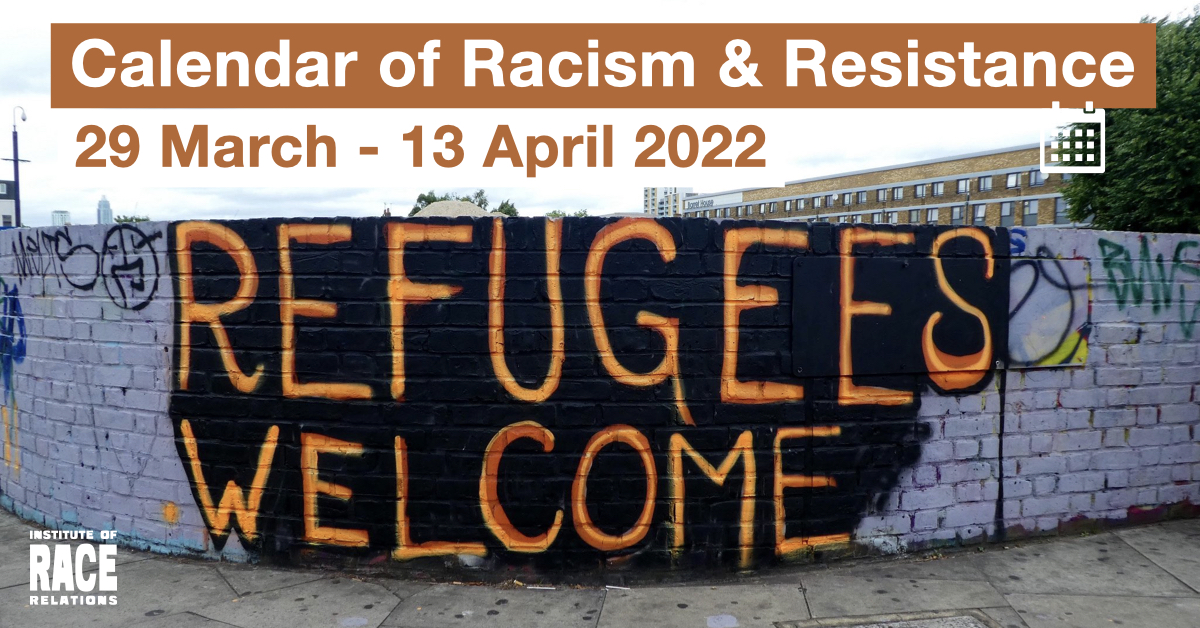 In this week’s calendar, we continue to document shameful immigration policies from across the UK and Europe, elections in Hungary and France and scores more instances of racial violence. Find these stories and thousands more on our Register of Racism and Resistance database.