Some Of The Weapons Delivered To Ukraine Will Be Used Against Us
https://popularresistance.org/some-of-the-weapons-delivered-to-ukraine-will-be-used-against-us/

END_OF_DOCUMENT_TOKEN_TO_BE_REPLACED

Shengtian Zheng and Jinbo Sun, Winds of Fusang, 2017. ‘Fusang’ is an ancient Chinese word referring to what some believe to be the shores of Mexico. The work is an homage to Latin America’s influence on China, particularly that of Mexican artists on the development of modern Chinese art.

In early March, Argentina’s government came to an agreement with the International Monetary Fund (IMF) on a $45 billion deal to shore up its shaky finances. This deal was motivated by the government’s need to pay a $2.8 billion instalment on a $57 billion IMF stand-by loan taken out under former President Mauricio Macri in 2018. This loan – the largest loan in the financial institution’s history – sharpened divides in Argentinian society. The following year, the Macri administration was ousted in elections by the centre-left Frente de Todos coalition which campaigned on a sharp anti-austerity, anti-IMF programme.

END_OF_DOCUMENT_TOKEN_TO_BE_REPLACED

With the war in Ukraine raging on and corporate media outlets pushing a pro-NATO agenda – we’ve entered war time and having access to alternative information is crucial to preventing escalation.

END_OF_DOCUMENT_TOKEN_TO_BE_REPLACED

The U.S. and its proxies in Europe are moving an enormous amount of weapons into Ukraine. But no one has an idea where those weapons will end up. It is likely that many of those will proliferate outside of the Ukraine and some of those weapons will inevitably hit those who now deliver them.

END_OF_DOCUMENT_TOKEN_TO_BE_REPLACED

In copying an Israeli scheme to ship refugees to Rwanda, Boris Johnson’s government has turned to the world leader in keeping out ‘undesirables’

There is nothing innovative or humanitarian about Britain’s new policy of shipping asylum seekers, “on a one-way ticket“, thousands of miles to central Africa. Nor is there anything surprising about the choice of destination: Rwanda. Boris Johnson’s government has simply copied wholesale a programme established by Israel eight years ago.

END_OF_DOCUMENT_TOKEN_TO_BE_REPLACED 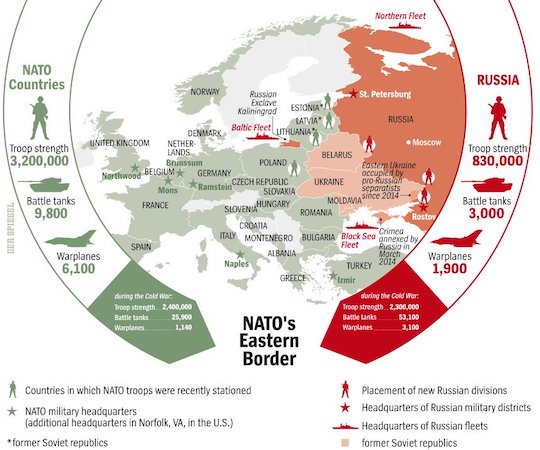 NATO expansion’s open door policy and war or peace in the Donbass. (Photo: The Transnational transnational.live)

Originally published: American Committee for U.S.-Russia Accord (ACURA) on April 18, 2022 by John Mearsheimer (more by American Committee for U.S.-Russia Accord (ACURA))
Thank you very much for inviting me to be here. And I recall our travels in Germany fondly, especially when Steve and I debated the Ukraine issue back then. I agree with what you said by the way, Katrina, when you said that this is the most dangerous crisis since the Second World War. I think it’s actually more dangerous than the Cuban Missile Crisis, which is not to minimize the danger of that crisis. But I think basically what we have here is a war between the United States and Russia and there’s no end in sight. I cannot think of how this can end in the near future. And I think there’s a very dangerous chance of escalation. First of all, escalation to where the United States is actually doing the fighting against Russia, the two sides are clashing militarily, which hasn’t happened so far.