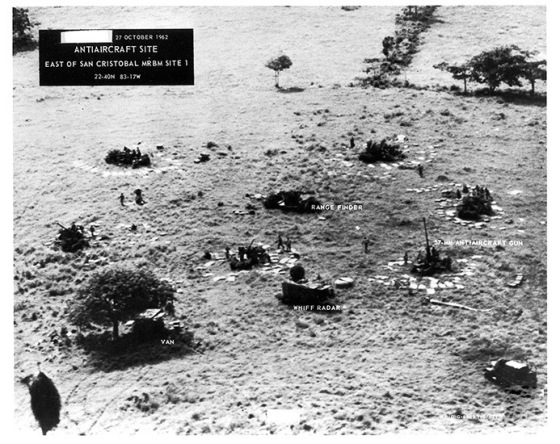 Joint Chiefs: “The president has a feeling that time is running out”

JFK: “always some SOB who doesn’t get the word”

Washington, D.C., October 27, 2022 – The most dangerous 24 hours of the Cuban Missile Crisis came on Saturday, October 27, 1962, 60 years ago today, as the U.S. moved closer to attacking Cuba and nuclear-armed flashpoints erupted over Siberia, at the quarantine line, and in Cuba itself—a rapid escalation that convinced both John Kennedy and Nikita Khrushchev to strike the deal that would stop events from further spiraling out of control.

The surviving notes of the U.S. Joint Chiefs of Staff meeting on that day, October 27, provide a six-and-a-half-hour cascade of crises where human error, miscalculation, reckless deployment of nuclear weapons, and testosterone ruled the day. The JCS notes from October and November 1962, obtained under the Freedom of Information Act and published today by the National Security Archive, are all that survive after the Chiefs’ decision, in the 1970s, to destroy the tapes and transcripts from over two decades of JCS meetings.

The notes depict how top U.S. military officials reacted to the unfolding crisis in real time, including the shootdown of a U-2 spy plane over Cuba that afternoon—seen as a major escalation—while at the same time the JCS were unaware that U.S. naval forces were dropping grenades on a Soviet sub armed with a nuclear-tipped torpedo near the quarantine line. As they continued to prepare for a full-scale invasion of Cuba, JCS chairman Maxwell Taylor told the Chiefs that President Kennedy was “seized with the idea of trading Turkish for Cuban missiles” and “has a feeling that time is running out.”

Today’s posting features the JCS notes along with photographs and additional context about the most dangerous day of the missile crisis, and the sequence of events that persuaded both Kennedy and Khrushchev to reach the trade that would ultimately end the superpower confrontation.