Journalists, academics, pundits and experts have ignored the complexity of President Trump’s impact on the state of the US Empire.

To properly assess the geopolitical configuration of power, we will consider the military, economic, political and diplomatic advances and setbacks of the Trump regime in Latin America, the European Union and Asia (including the Middle East).

Secondly, we will examine the time frame – the shifting direction of the present configuration of forces.

We will conclude by discussing how the influence and results of foreign policy shape domestic political power.

First and foremost, we must take account of the fact that much of Trump’s policies build on and reflect the policies of his predecessors, namely Presidents Bush and Obama.

The US wars in Afghanistan, Iraq, Libya and Syria were started by Presidents Clinton, Bush and Obama, The US bombings of Libya and the destruction and uprooting of millions of Africans was inaugurated by Obama.

The expulsion of millions of Central American and Mexican immigrants from the US was common practice prior to Trump.

In brief President Trump continued, and in some cases exacerbated, the socio-economic and military policies, of his predecessors. In a few areas Trump reversed policies, as was the case with Obama’s Nuclear Agreement with Iran.

The successes and failures of Trump’s empire building policies cannot be attributed solely to his regime. Nevertheless, President Trump must be held responsible for the current state of the empire and its direction.

President Trump has built upon and extended US imperial victories throughout most of Latin America. Satellite regimes are in place in Brazil thanks largely to judicial-legislative coup which overthrew President elect Dilma Rousseff. The puppet regime of Michel Temer has privatized the economy, embraced Trump’s dominance and aligned with efforts to overthrow Venezuela’s government.

Under President Trump, Washington succeeded in reversing relations with Cuba and the so-called peace accord in Colombia between the guerrillas and the Juan Manuel Santos regime. In July 2018, Trump succeeded in backing the accession to power of Ivan Duque a protégé of the far-right party of Alvaro Uribe in Colombia. President Obama’s reversal of center-left regimes via coups have been consolidated and expanded by Trump with the important exception of Mexico.

Trump’s imperial empire in Latin America is, for the most part, inherited and largely sustained . . . for now.

But there are several crucial caveats. 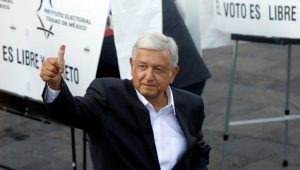 Secondly, Brazil and Argentina’s neo-liberal economic policies are in deep crises and the incumbent puppet regimes are economically unstable, face mass social opposition and likely will suffer electoral defeats in 2018.

Militarily, President Trump retains US military bases in Colombia and has incorporated Bogata into NATO and he has secured military operations in Argentina and Ecuador.

The biggest challenge to Trump’s empire building in Latin America is in the all-important economic realm.

Trump has failed to gain ground in trade, investment and raw materials in the face of competition with China.

Despite the political and military subordination of Latin American regimes to Washington, the bulk of their trade ties are with China. Moreover, Brazil and Argentina will increase their agro-exports to China in line with Beijing’s trade tariffs on US exports. In the so-called trade war not a single Latin American client state has sided with the US. On the contrary, all are taking advantage of Washington’s loss of the China market to enhance their exports.

Clearly the US does not exercise ‘hegemony’ over Latin America’s trading relations.

Worse still, Trump’s dumping of the Trans-Pacific Partnership and threats to withdraw from NAFTA have reduced Washington’s leverage over Latin America and Asia.

Trump’s boasts and claims of dominance over Latin America is largely a product of his predecessors’ imperial policies.

At most, Trump’s policies have hardened the far right, which however, is weakening politically and economically and has provoked the rise of the left to power in Mexico and increased opposition in Colombia, Brazil and Argentina.

Washington has gained prestige for its diplomatic overtures to North Korea but is losing the trade war with the world’s second greatest power, China. 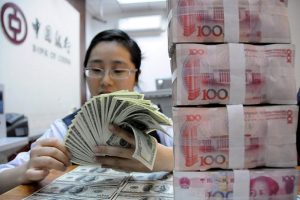 Moreover, China has replaced the US as the main trading partner throughout Asia.

While Japan, South Korea and Australia provide military bases for the US  they are eager to replace Washington’s export to China.

Moreover, China’s multi-billion dollar, Belt and Road Initiative has secured sixty-eight nations as partners, with the prominent absence of the self-excluded USA.

US economic sanctions against Iran have failed to undermine the governments’ oil exports, while banking transactions and imports of manufacturing and service products are replaced by China, Russia, India and most of Asia. All of whom will increase their trade with Teheran.

In the Middle East and South Asia, the US can no longer count on clients or allies except for Israel and Saudi Arabia.

Israel is a ‘loyal ally’ to Washington when it suits their own economic advantages and hegemonic aspirations. For example, Israel has continued to expand ties with Russia even in violation of US sanctions.

Pakistan, Myanmar and Cambodia have moved closer to China as a result of increasing financial and infrastructure aid.

In balance, the US continues to exercise military dominance in Asia via its bases in South Korea, Japan and Australia. However, it is losing economic influence and presence in the rest of Asia. If history is any precedent, imperial empires without economic foundations, sooner or later crumble, especially when rising regional powers are capable of replacing them.

The European Union and Trump’s Empire: Partner, Client or Rival?

The European Union (EU) is the largest market in the world and yet remains a political and military dependency of Washington.

The EU has suffered from its lack of an independent foreign policy – its reliance on NATO, a US subsidiary is one of the main reasons.

President Trump has exploited the EU’s weakness to defy its policies on several strategic issues, ranging from the Paris Agreement on climate change, to the nuclear agreement with Iran, to Trump’s recognition of Jerusalem as the Israeli capital. Trump’s tariff on EU exports is the latest and most provocative effort to defy and dominate the region.

Moreover, the EU is increasingly divided over immigration, the UK departure (Brexit), as well as the economic and political and economic split between Germany, Italy and Poland.

In effect the Trump regime can no longer count on a powerful unified alliance at its behest, in its quest for a global empire.

Rather, under Trump, the US seeks to secure economic supremacy and supreme political-military dominance.

President Trump demands that the EU countries double their military budgets in order to increase the Pentagon’s arms spending.

As a result of the divisions and hostilities between the US and EU, President’ Trump’s imperial policies have adopted a contradictory strategy of enhancing economic protectionism with overtures to ‘enemy’ Russia. By adopting the nationalist slogan, “Making America Strong” by ‘Making the EU Weak’ it appears Trump pursues nationalist slogans to promote  imperial goals.

To date, mid 2018, Trump is riding a wave of domestic growth of the economy, trade and employment.

Critics claim that this is a short-lived conjuncture which faces powerful counter-currents. They argue that the trade war and decline of the overseas markets of China, the EU, Mexico, Canada and elsewhere will provoke a decline of the US.

Trump’s strategic gamble is that the US trade war will succeed in opening China’s market while reducing China’s exports. Trump hopes US MNC will relocate to the US and increase jobs and exports. So far this is a pipe dream.

Moreover, the corporate tax windfall has not been accompanied with a decrease in inequalities and increases in wages.

The result is that Trump faces the real prospects of a decline in exports and popular electoral support – especially from those adversely affected by declining markets and deep cuts in health, education and the environment.

Political Consequences of ‘America First’ in a Corporate Setting

Trump’s nationalist economic policies are highly unlikely to enhance empire building ; on the contrary, the trade war will force the major corporate tax beneficiaries to turn against Trump. Their overseas trade links with the EU, North America and China will cause them to turn against Trump.

Empire building trumps America First. Without an economic empire the US will lack the means to secure the markets necessary to stimulate local exports and production.

President Trump has benefited, and to some extent, succeeded in temporarily gaining dominance in Latin America, expanding the domestic economy and imposing demands on China, the EU and North America.

Nevertheless, his policies have undermined allies, antagonized competitors and provoked retaliation. All of which increases the economic cost of running an empire.

Trump has failed to provide viable substitutes for the EU and China markets. Nor has he secured the markets of his remaining clients in Latin America. The notion that Trump can build ‘national capitalism in one country’ is a chimera. At most it would require intensive exploitation of US labor and high rates of investment, sacrificing profits and salaries. The electoral oligarchy and the mass media will force him to retreat from the trade wars and surrender to the globalizing elites.

Prof. James Petras is a Research Associate of the Centre for Research on Globalization.