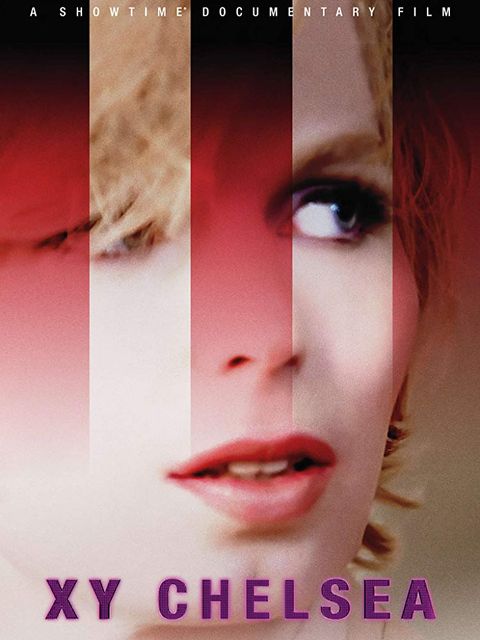 Manning had served seven years, much of it in solitary confinement, in a military prison for leaking classified war logs and diplomatic cables to WikiLeaks, which passed them on to the mainstream media outlets. The documents and video clips exposed the criminal operations carried out during the illegal US wars in Iraq and Afghanistan, spying operations on foreign heads of state and ordinary people and sordid intrigues in every corner of the globe. Not one official responsible for the crimes she exposed—including mass murder, government spying and torture—has been prosecuted, let alone jailed.

Tim Travers Hawkins explained the origins of XY Chelsea during a question-and-answer session following its European launch at the Institute of Contemporary Arts in London last month.

Travers Hawkins is a British filmmaker based in New York. He co-founded the award-winning Colombian experimental film collective “Cinemachete,” whose work included El Otro Lado de La Cienaga (2007), Oury Jalloh (2008), and Posh (2010). His other work has included the animated film 1000 Voices (2008) about asylum seekers detained indefinitely in the UK, Surpriseville (2012) and the multimedia interactive project Invisible Picture Show (2014), which was installed at the United Nations in New York and the United Nations High Commission for Refugees (UNHCR) in Geneva.

Travers Hawkins wrote to Chelsea Manning to secure support for a film he planned on conditions facing political prisoners, after reading that she had been put in solitary confinement for having “prohibited” books in her cell. After they began corresponding, the filmmaker decided to make a documentary solely about Manning and her experience in prison. But the prison refused to allow him to film her or to record any of their phone calls.

When Obama commuted Manning’s 35-year prison sentence, Travers Hawkins instead filmed what happened to her afterwards—until, just as the film was being released, she was sent back to jail for contempt of court for refusing to testify to a grand jury investigating WikiLeaks.

The film, whose title refers to Chelsea’s Twitter handle, @xychelsea, has the merit of being a sensitive and humane portrait of a young transgender woman’s struggle to readjust to life outside prison. But its deeper significance is in documenting her decision—an instinctive reaction to the horrors of the situation in Iraq—to tell the truth about US war crimes and secrecy. And it also records her own growing political awareness that the liberal left and so-called mainstream public opinion and the media are not interested in what she revealed.

As Manning explains, “If you saw the incredible things, the awful things, I saw, what would you do?”

Travers Hawkins agrees that she did the right thing, saying that “We need strong, rebellious people to stand up to power. People like Chelsea are absolutely fundamental to us knowing what’s going on in the world.”

The film starts with Obama’s decision to commute Manning’s sentence, which he said was the longest in US history for whistleblowing. He should know. His administration was notorious for its unprecedented crackdown on whistleblowers, having used the World War I-era Espionage Act a record six times to prosecute government employees suspected of leaking classified information. 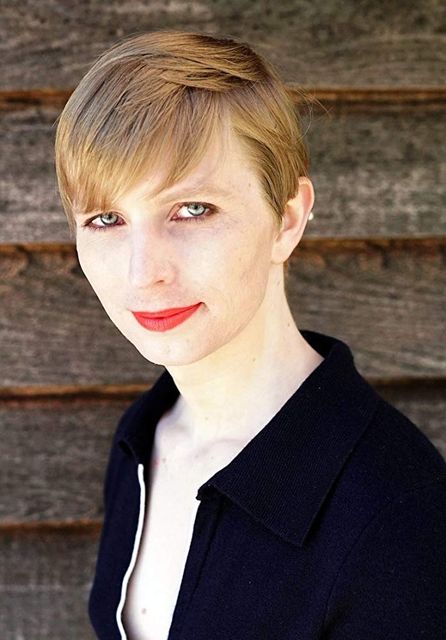 In flashbacks, Manning explains she was born in a small town in Oklahoma. Her upbringing was troubled and her parents separated when she was 13. The young Bradley became aware of being gay while still in high school, later becoming homeless sometime after living with his father and his new family.

In 2007, Bradley decided to join the army at the age of 19 after seeing television reports about the Iraq surge—the increase in US soldiers ordered by President George W. Bush to crush the insurgency against the American occupation of Iraq, following the illegal 2003 invasion and war.

After serving a 12-month stint in Iraq, working as an intelligence analyst preparing the maps that were crucial for US air and ground operations, Bradley returned to America and found everyone was leading “normal lives” and “no one was conscious of the wars.”

“But there was so much death and destruction there [Iraq]. It affects everyone on earth.” Having access to 750,000 classified documents relating to the period 2004 to 2009, Bradley decided to upload them to WikiLeaks before a scheduled return to Iraq.

There is a brief shot of WikiLeaks publisher Julian Assange who explains that the video clips provide prima facie evidence of US war crimes. It is the only shot of Assange in the entire film.

XY Chelsea shows the high price Manning has paid for her bravery: her conviction and 35-year jail sentence; her terrible experiences in military prison, including solitary confinement, seven years in an all-male prison at Fort Leavenworth, Kansas, where she faced constant harassment; and several suicide attempts, all while transitioning. Obama’s commutation of her sentence provoked bipartisan opposition to her release from prison, giving rise to attacks on her, including death threats, and placing her personal security in jeopardy.

Following her release, she takes part in several media events, including the 2017 annual New Yorker Festival in New York City, where she is questioned by Larissa MacFarquhar, who makes a swipe at Assange over his supposed role in getting Trump elected because of WikiLeaks’ publication of the transcripts of Hillary Clinton’s meetings with Wall Street bankers.

In one of the most striking scenes in the film, Manning responds eloquently, defending the role of WikiLeaks and clearly putting MacFarquhar in her place. She explains that the revelations did not harm anyone, either American soldiers or Afghan informants. “People were dying in Afghanistan on a massive scale,” she says.

Manning also denies her transgender identity had any connection with her motivation to leak the Iraq/Afghanistan documents to WikiLeaks. She says, “Life is cheap in the US. But life is precious—everyone’s. Nearly half a million Iraqis were killed and 4,500 Americans. I couldn’t let those images stay inside the system or inside my head.” She adds, “If you have government secrecy, how can a nation function if you don’t know what we have done?” Instead, “You have the prosecution and conviction of someone who got the truth out.”

The film shows her growing political awareness as she campaigns to represent Maryland in the US Senate in the Democratic Party primary to “shake things up” and “take the reins of power.” She says she wants to close America’s prisons and release their ever-expanding population, reform the criminal justice system, provide both universal healthcare and a guaranteed basic income and abolish the Immigration and Customs Enforcement agency, which she says is preparing for “ethnic cleansing” of immigrants. All of these demands have a growing resonance in the American working class.

XY Chelsea also reveals her naïveté, as she attends a meeting of the alt-right, which she views as an existential threat to minorities. This appearance generates a Twitter storm of criticism. Apologising, she says, “You have to understand your opponent” and adds, “I am not a hero, just someone who jumps in.” She admits to finding the constant attacks—“the sea of opposition and violence”—on her stressful, and steps back “to sort things out.”

Perhaps her most significant statement is when she explains, towards the end of the film, “In this country, once an enemy of the state, you are always an enemy. They will always find some other reason to go you after you.”

By the time the film was made, Manning was again in jail, for refusing to testify to the Grand Jury against Assange. She adds, “And it is never going to stop till we stop them.”

These are the positive aspects of XY Chelsea. It also has its artistic flaws—being disjointed, superficial and sometimes tedious to watch, with long, distracting shots of the landscape and Manning’s facial expressions that take up much of the film.

This would be largely forgivable were it not for the fact that the documentary provides little in the way of context to explain Chelsea’s persecution and her current potentially indefinite re-imprisonment. Providing that context would inevitably mean addressing how her case is bound up with Washington’s attempt to convict Assange on espionage charges that would put him behind bars for 175 years.

XY Chelsea makes virtually no reference to the eight-year operation by the US and its allies Britain, Sweden and Ecuador to silence Assange for his role in the exposure of US war crimes, mass surveillance operations and global diplomatic conspiracies.

This was a deliberate and highly political decision on the part of the director and his executive producers, who include Laura Poitras. Poitras is one of the founders of First Look Media, which publishes the Intercept, and she was the director of Citizenfour and Risk, about Edward Snowden and Julian Assange, respectively.

Poitras, capitulating to the pressure from the political and artistic circles in which she moves, altered the US version of Risk from the version premiered at Cannes in 2016 and the one shown to Assange’s lawyers in London in 2017. The alteration took place after WikiLeaks’ exposure of the Democratic Party’s corrupt inner workings. From being largely sympathetic to WikiLeaks, Poitras’ Risk failed to mount a principled defence of Assange, attacking him and jeopardising his legal position.

When asked why Assange did not appear in the film, Travers Hawkins responded that Assange is someone who “sucks all the energy” out of the subject, and that he took the decision to exclude him and make it Chelsea Manning’s story.

While acknowledging that Manning’s present detention was connected to the attempt to extradite Assange to the US, the director dismissed it as irrelevant to XY Chelsea, saying, “From Chelsea’s point of view she is not connected to Julian. She is not connected to WikiLeaks. This is just a tool that she used at the time” to publish the documents. “That is why the film is very definitely centered on her experience of it.”

Travers Hawkins claimed that Manning was not really aware of Assange, who had become a big figure because of the media, who had linked the two together, when in fact they were not.

“I have to say all that stuff [Assange’s imprisonment] is a whole other issue. It’s not related to events in the film,” he has declared. Summing up his own position on the threat to Assange, he replied, “Personally, I don’t have much to say on that.”

XY Chelsea never recovers from such political cowardice. The documentary is incapable of linking Chelsea to the global assault on basic democratic rights, including freedom of speech, the press and the internet, as the working class internationally begins to voice its opposition to ever-increasing poverty, social inequality and the drive to war. To do so would upset the liberal milieu in and around the Democratic Party that is the intended audience for the film and which includes the filmmakers.

For this layer the revelations from Iraq and Afghanistan have receded into the background because of WikiLeaks’ exposures about Hillary Clinton’s sordid relations with Wall Street in the run-up to the 2016 presidential elections. These social layers have no principled objections to allowing Assange to rot in prison for the rest of his life.

XY Chelsea, which premiered May 1 at the Tribeca Film Festival in New York City, will air on June 7 on Showtime in the US.

One thought on “XY Chelsea: A deeply flawed portrait of US Army whistleblower Chelsea Manning By Jean Shaoul”