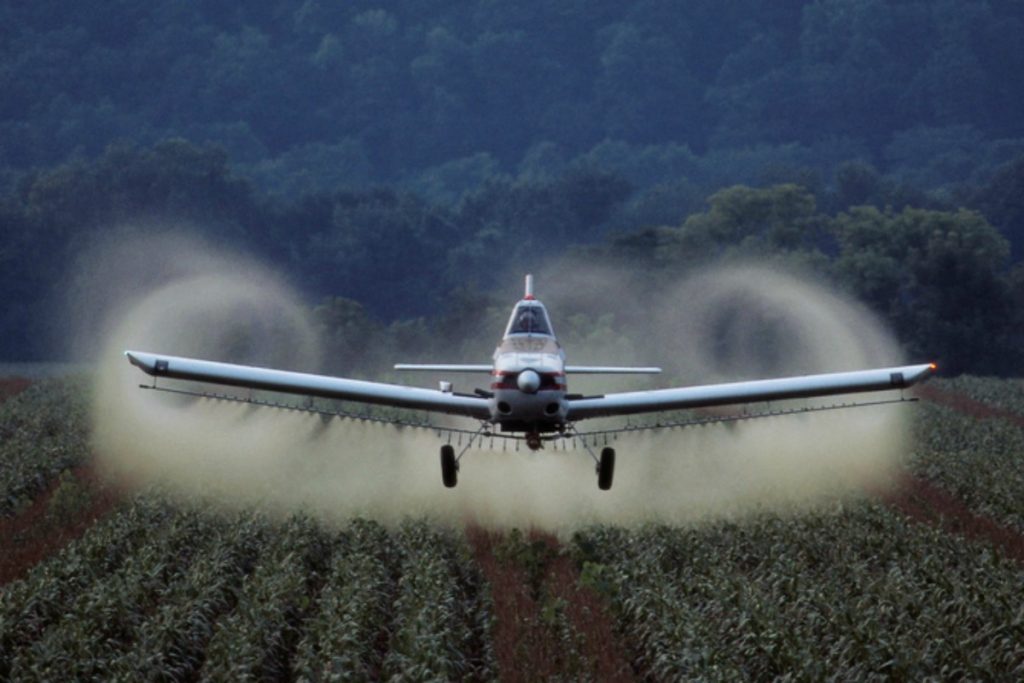 Environmentalist Dr Rosemary Mason has just written to the Health and Safety Executive (HSE), the Department for Food, Environment and Rural Affairs (Defra) and the Chemicals Regulation Division (HSE) in the UK claiming that the glyphosate-based weed killer Roundup has poisoned her nature reserve in South Wales and is also poisoning people across the UK (she includes herself here, as she struggles with a neurodegenerative condition). She notes that the widespread spraying of glyphosate went against the advice of directive 2009/128/EC of the European parliament but was carried out at the behest of the agrochemicals industry.

Mason has sent a 24-page fully referenced document with her letter in support of her claims. It can be accessed in full here. What follows is a brief summary of just a few of the take-home points. There is a lot more in Mason’s document, much of which touches on issues she has previously covered but which nonetheless remain relevant.

The thrust of her open letter to these agencies is that glyphosate is a major contributory factor in spiralling rates of disease and conditions affecting the UK population. She also makes it clear that official narratives – pushed by the pesticides industry, the media and various key agencies – have deliberately downplayed or ignored the role of agrochemicals in this. Instead, the focus has been on the role of alcohol use and obesity, conveniently placing the blame on individual behaviour and the failure of people to opt for ‘healthy lifestyle’ choices.

Mason argues that Monsanto emails released into the public domain have revealed that Roundup was kept on the market by capturing regulatory agencies, corrupting public officials, bribing scientists and engaging in scientific fraud. In addition, she notes that documents show that the European Commission bowed to the demands of pesticide lobbies. Former PM David Cameron, Defra, the European Food Safety Authority, the European Commission and the European Chemicals Agency all ignored the warnings that GM crops and Roundup were hazardous to human health and the environment.

In the run-up to the relicensing of glyphosate in the EU, Mason states that in its analysis the Glyphosate Task Force omitted key studies from South America (where herbicide-tolerant GM crops are grown) that associate Roundup with cancer, birth defects, infertility, DNA damage and neurotoxicity. She refers to many studies in support of her claim that glyphosate is deleterious to human health and the environment. It is worth noting that the European Chemicals Agency has classified glyphosate as a substance causing serious eye damage and toxic to aquatic life with long-lasting effects.

Mason reserves a special place for Cancer Research UK (CRUK) in her letter, saying that the agency has been hi-jacked by the pesticides industry and has persuaded key figures in the medical establishment to repeat certain claims: that alcohol, cigarette smoking and obesity are the main causes of cancer. She argues that Monsanto and the US EPA have known for a long time that Roundup is carcinogenic.

CRUK recently made a bold statement about its vision to bring forward the day when all cancers are cured. However, Mason asserts this is fantasy for public consumption. She argues there are a huge number of cancers in the UK and their prevalence is increasing each year in tandem with the rising use of glyphosate and other agrochemicals.

Arguing that UK farmers are “drowning” their crops in pesticides, Mason notes that it is therefore not surprising that Pesticide Action Network UK’s analysis of the last 12 years of residue data (published by the Expert Committee on Pesticide Residues in Food) shows there are unacceptable levels of pesticides present in the food provided through the Department of Health’s (DoH) School Fruit and Vegetable Scheme (SFVS).

Residues of 123 different pesticides were found, some of which are linked to serious health problems such as cancer and disruption of the hormone system. Moreover, residues contained on SFVS produce were higher than those in produce tested under the national residue testing scheme (mainstream produce found on supermarket shelves). However, Mason says that when PAN-UK sent its findings to the DOH, the agency was told that pesticides are not the concern of the DoH.

Perhaps they should be, given what Baskut Tuncak, the UN’s special rapporteur on human rights and hazardous substances and wastes, stated in 2017:

“Our children are growing up exposed to a toxic cocktail of weed killers, insecticides and fungicides. It’s on their food and in their water, and it’s even doused over their parks and playgrounds. Many governments insist that our standards of protection from these pesticides are strong enough. But as a scientist and a lawyer who specialises in chemicals and their potential impact on people’s fundamental rights, I beg to differ.”

“Paediatricians have referred to childhood exposure to pesticides as creating a ‘silent pandemic’ of disease and disability. Exposure in pregnancy and childhood is linked to birth defects, diabetes, and cancer. Because a child’s developing body is more sensitive to exposure than adults and takes in more of everything – relative to their size, children eat, breathe, and drink much more than adults – they are particularly vulnerable to these toxic chemicals. Increasing evidence shows that even at ‘low’ doses of childhood exposure, irreversible health impacts can result.”

Tuncak says that most victims cannot prove the cause of their disability or disease and this limits our ability to hold those responsible to account. But this is changing. The public is becoming increasingly aware of the industry’s criminal strategy for keeping Roundup on the market, thanks to the various high-profile litigations in the US. Maybe it’s time for the (taxpayer-funded) agencies Rosemary Mason has continually written to over the years to finally act in the public interest. Or would that be too much to expect?

In finishing, we should take note of the current orchestrated campaign (cheer-led by those outside of India with industry links) to get herbicide-tolerant seeds planted in India. Aside from Bt cotton, GM crops are not allowed in the country. This cynical campaign is aimed at increasing GM seed, glyphosate and other toxic agrochemical sales. Given increasingly saturated markets elsewhere, the global GM seed and herbicide industry regards India as a massive potential money spinner.

However, Punjab took the lead in 2018 and banned glyphosate. Kerala, Andhra Pradesh and Telangana have since followed. But there is still no nationwide ban. With this in mind, author and academic Ashwani Mahajan has started a petition campaign (here) to stop the use of glyphosate in India.

He says that pesticide companies are taking advantage of farmers’ ignorance about the deadly risks associated with glyphosate. Mahajan notes that industry is sending its agents to approach farmers directly and trap them with attractive promotional offers. This is part of a wider strategy to get farmers to break with effective traditional practices and lure them onto agrochemical (and GMO) treadmills as described in the 2017 paper The Ox Fall Down: Path Breaking and Technology Treadmills in Indian Cotton Agriculture (Glenn Stone and Andrew Flachs).

Farmers are being subjected to slick PR and lured because they are told this herbicide is a cost-effective method to kill weeds quickly. What they are not told is that its effectiveness is limited, that it’s a health and environmental hazard and that it’s a risk to their lives. But it’s not just farmers’ lives that are at risk. We just need to look at the statistics provided earlier in this article to realise the risk to the wider public health.

Colin Todhunter is an independent writer