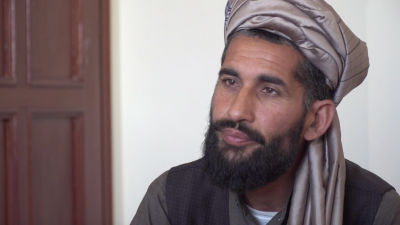 After six months of investigation by the Bureau and The New York Times’ visual investigations unit, Masih finally got some answers. After multiple denials from the US military that they were responsible, or that there had even been an airstrike in the area, we found a vital piece of evidence in the wreckage of his home that proved that denial false.

But questions still remain. While the US military have now admitted carrying out the strike, they have not admitted Masih’s family were killed. Now officials say they’re investigating the civilian deaths, but they don’t know when that investigation will reach a conclusion.

We spoke to Masih in Kabul, where he continues his search for justice. “All of this media coverage, evidence that they are responsible and they still deny it,” he told our reporter. “Women and children have been killed here, not just in my home, but everywhere.”

His year-long wait raises wider concerns about accountability in Afghanistan. When the US is left to investigate its own strikes, survivors like Masih are often left behind with no answers and no hope. Masih says he hasn’t even been approached by the US military as part of their investigation, even though he spoke to his wife hours before she died and listened to her describe soldiers raiding their village. And despite the evidence brought to light by the Bureau and The New York Times, the US investigation has been painfully slow.

Without our involvement, it is impossible to say if the US military would ever have investigated a strike it denied over and over again. Accountability matters – that’s why we’ve invested years of work looking at civilian casualties from airstrikes and other military activities. You can help us by sharing this story, forwarding this email and telling your friends.

Read the full story here.
Watch the video of the investigation here.