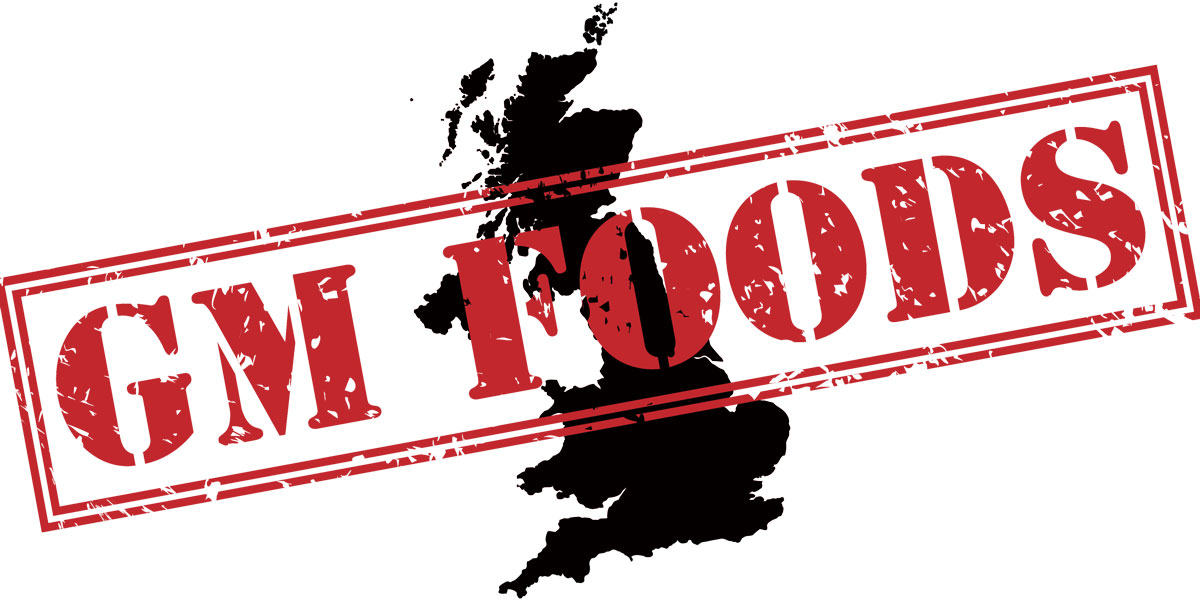 Judging from the high number of media articles drawing attention to the post-Brexit threat of the US’s GM foods invading British supermarket shelves, it’s clear that the GM food issue is far from dead in the UK. It appears that it was only “sleeping” due to the fact that EU labelling and risk assessment requirements for GMOs, combined with public resistance, have mostly kept GM ingredients from going directly into human food for over two decades.

The fact that are no GM crops growing in UK farmers’ fields, and that the devolved administrations in Scotland, Wales and Northern Ireland all have GM crop cultivation bans, has also lulled many British people into thinking GM has become a bit of a non-issue. For the same reasons, it has also largely slipped off the UK media’s radar, not least because the big environmental groups have stood down their GM campaigns to focus on what have been seen as more pressing threats.

But now Brexit and a pending US-UK trade deal have removed the protection of EU GMO-precaution – not least, in the light of Boris Johnson’s repeated enthusiasm for “liberating” GM crops.

Unfortunately though, campaigns to alert the British public to the threats from a Trump trade deal have tended to focus on the easiest to explain issues, like the threat to the NHS or the possible removal of a ban on chlorinated chicken. This messaging has only encouraged the UK government to look for other issues on which to surrender to the demands of US corporations.

A number of articles in the popular press are now sounding the alarm about the prospect of British supermarket shelves being deluged with GM foods, as well as other substandard produce from the US. Here’s a selection of articles:

The Sun: GM GRUB: Supermarkets could be stocked with genetically modified food under future UK-US trade deal
The Daily Mail: Britain could be served up GM ‘Frankenfood’ in US trade deal… but Government insists NHS is NOT on the table as part of the talks
iNews: Post-Brexit trade talks: US deal could lead to genetically modified food entering UK markets
PoliticsHome: Ministers vow ‘no compromise’ on food standards in UK-US deal amid chlorine chicken fears
The Independent: Boost to UK economy from US trade deal could be 450 times smaller than loss from no-deal Brexit, government analysis finds

Note that several of these articles incorrectly state that EU law currently bans GM foods. But this is not the case. A considerable number of GM foods and crops are allowed to be imported into the EU as food and feed. But because they all have to be labelled as GMO, almost all the imported GM crops and foods end up in animal feed, where consumers do not see the GMO label.

Cultivation is a different matter. The EU is highly resistant to growing GMOs on its soils. Only one GMO, MON810 maize, is currently approved for commercial cultivation and is grown on a relatively small acreage in Spain. (The EU register of authorised GMOs is here, though the website didn’t seem to be working at the time of writing this article.)

In the US, in contrast, GM foods and crops are not subjected to much in the way of regulatory oversight and they do not currently have to have an on-package label to show they are GMOs, and the labelling that is being planned for the US is not comprehensive, transparent or otherwise consumer friendly.

So the threat to the UK from Brexit is not that GM foods that are currently banned under EU law will be permitted in the UK. It is that a far greater number of GMOs could be imported into the UK without being subjected to proper safety checks and without being labelled.

Concerns over food safety on the rise in UK

Given the prospect of an influx of undesirable US foods, it’s not surprising that a recent survey by the Food Standards Agency (FSA) showed that consumers’ concern about food safety in the UK has gone up.

In fact, data from a series of surveys conducted during the course of the last three and a half years, looking at consumer attitudes to the type of Brexit outcomes British voters would prefer to see, show that more than half are opposed to either the growth or the sale of GM foods in Britain.

The two most recent FSA surveys show the percentage of people concerned about GM foods at 25%. But lest that may not appear to be a large percentage, it’s worth bearing in mind that in the November 2019 survey this was only a few points behind the top concerns of environmental pollutants in food (32%) and food hygiene when eating out (31%).

The UK government should take note. A significant percentage of the British people still don’t want to eat GM foods and that percentage could rise as the issue becomes visible once more. And economically speaking, if we remove the “level playing field” with the EU by allowing in non-EU-authorised GMOs and/or not labelling them, our farmers and producers will lose their main markets.

What can you do?

* Follow and support the work of GM Freeze (Twitter: @GMFreeze), who have a UK food and farm focus and are closely monitoring the fallout from Brexit. Read their newsletters here. GM Freeze is campaigning on retaining and enforcing in the UK the current EU requirement to label food containing GM ingredients. According to the 2018 ruling of the European Court of Justice, this must include gene-edited foods.

* At the retail level, Global Justice UK have an excellent #TrumpInYourTrolley campaign, although it is not GM-specific, for highlighting to supermarkets and their customers the dangers of a Trump trade deal.

* If you’re a supporter of online pressure groups (Twitter: @Avaaz, @38_degrees, @SumOfUs) or any of the big environmental groups, it would be good to remind them that though chlorine chicken is an easy icon for concerns, they also need to tackle the tougher issues, like GMOs and pesticides. If the focus remains so heavily on chlorine chicken, the UK government will simply keep that ban while making heavy concessions in other areas of concern. And food manufacturers/retailers won’t get the signals of concern about those other issues that they need to receive.