This is a work-in-progress, I’ll add/take away as the ideas/events emerge. What the government is doing is monstrous beyond words, dressed up with slick slogans – ‘Wash often for 20 seconds’, to hide the essentially benign neglect approach to the nation’s health. This is a national emergency. Banks should be nationalised, private healthcare taken over, the people mobilised. Those forced to cease work must be paid, but it’s clear, from the very beginning that business comes first (even if they’ll be no business left). The government hasn’t made it an official emergency, hence businesses can’t claim insurance (apparently, this has just changed, though the details escape me).

It’s also clear that the government is using us, the people, in a vast experiment called ‘Non-pharmaceutical interventions (NPIs)’, because the NHS simply doesn’t have the capacity, having been starved to death for the past ten years. The fancy graphs they show us, actually  hide the reality, that the only way the NHS can cope, is to slow the spread of the disease, one ‘stage ‘at a time. So you ‘suppress it’ for awhile using for example, ‘social distancing’ then you let the disease rip for awhile (more old and sick die), then suppress it again, and so on, until their ‘herd immunity’ kicks in and we can go back to being cattle once more. Nobody has ever tried to do this before, anywhere, that’s why I call it a gigantic, whole society experiment. So not only are we being treated as cattle, we are also being used as guinea pigs. Quite a menagerie this tory goverment has made for us.

Something else also changed today; the government, probably under pressure from the medical profession, is restarting the testing of people for the virus. This is vital. What I find odd though, is why is there no App available so that the infected can be tracked (voluntary of course)? This is something that epidemiologists do all the time when tracking the progress of a disease.

The following extracts are from the government’s raison d’etre that supports the government’s (non) handling of the crisis. Although dated 16 March 2020, clearly its major proposals  were articulated well before Boris Johnson’s press conference last week with his two government lackeys, sorry scientists, who articulated the ‘herd immunity’ concept of disease control [sic], that is to say, sacrifice the old and the sick so that the survivors (hopefully the majority) acquire immunity.

Essentially, the report articulates the Eugenicist approach to ‘dealing’ with the crisis; sacrifice the old and the sick so that the young and healthy survive. (You can download the full report at the end of the article).

All quotes are from the report.

END_OF_DOCUMENT_TOKEN_TO_BE_REPLACED

China’s “cruel communist dictatorship” sacrifices its economy to save the population.

The “cool British democracy” sacrifices its population to save its economy. – Anon

If a disease can teach wisdom beyond our understanding of how precarious and precious life is, the coronavirus has offered two lessons.

The first is that in a globalised world our lives are so intertwined that the idea of viewing ourselves as islands – whether as individuals, communities, nations, or a uniquely privileged species – should be understood as evidence of false consciousness. In truth, we were always bound together, part of a miraculous web of life on our planet and, beyond it, stardust in an unfathomably large and complex universe.

END_OF_DOCUMENT_TOKEN_TO_BE_REPLACED 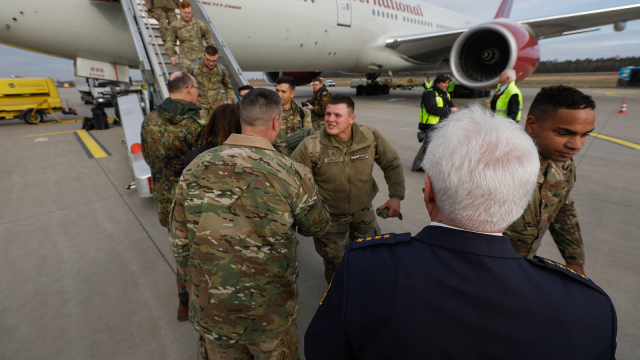 In the midst of a staggering virus epidemic that has shut much of Europe down, the insane and arrogant United States is presently sending 30,000 Army troops throughout Europe for war games.