We are facing two crises at once, health and economic, that are related in very important ways. The covid-19 epidemic has done major damage around the world, but it’s highlighting some serious structural problems with the US social model that better-run countries are not so afflicted by. We are plagued by a deep economic polarization complicated by minimal social protections; severely diminished state capacity, with eroded institutional structures and extremely debased quality of personnel at the highest levels; years of underinvestment in basic infrastructure, both broadly and in health care particularly; and decades of neoliberal policies that have shaped a common sense based on competitive individualism, with little sense of social solidarity. That’s the longer-term context in which we face the acute crisis of this disease—which is almost certainly a portent of what we’ll face as the climate crisis worsens.

END_OF_DOCUMENT_TOKEN_TO_BE_REPLACED

The epidemic reveals the stark truth, that the US dismantled and privatized its public health system, to fatten the pockets of the oligarchy and render working people more helpless and dependent.
END_OF_DOCUMENT_TOKEN_TO_BE_REPLACED

Margaret Kimberley, BAR senior columnist
COVID-19 is not just a health emergency. It has exposed the causes of inequality and suffering in this country.
END_OF_DOCUMENT_TOKEN_TO_BE_REPLACED 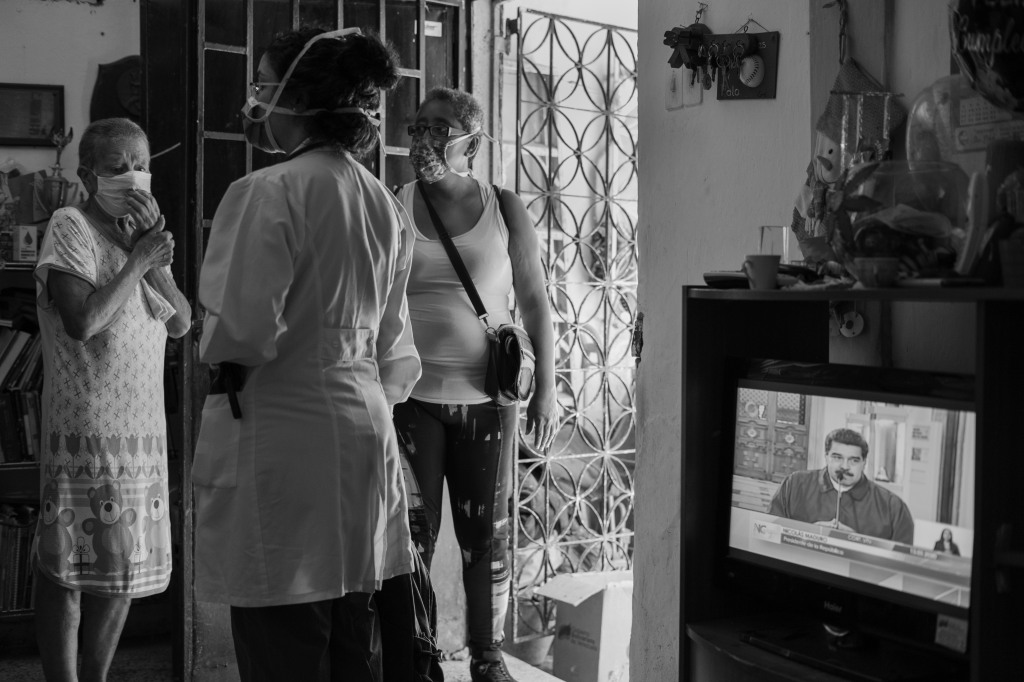 Thinking about the world we live in

In our homes, as most Venezuelans are, and as it should be, occupied with the care of our sons, daughters and relatives, the occasion is propitious to think about the world in which we live, instead of becoming absorbed in fear.

END_OF_DOCUMENT_TOKEN_TO_BE_REPLACED

Ecosocialist Bookshelf is an occasional feature. We can’t review every book we receive, but we will list and link to any that seem relevant to Climate & Capitalism’s mission, along with brief descriptions. Titles listed here may be reviewed in future. Inclusion of a book does not imply endorsement, or that we agree with everything (or even anything!) these books say.

END_OF_DOCUMENT_TOKEN_TO_BE_REPLACED

“Two categories of propaganda must be distinguished.  The first strives to create a permanent disposition in its objects and constantly needs to be reinforced.  Its goal is to make the masses ‘available,’ by working spells upon them and exercising a kind of fascination.  The second category involves the creation of a sort of temporary impulsiveness in its objects.  It operates by simple pressure and is often contradictory (since contradictory mass movement are sometimes necessary).”  – Jacques Ellul, The Technological Society

The French-Algerian writer Albert Camus’ great 1947 novel, The Plague, is a warning to us today, but a warning in disguise.  When he died sixty years ago at the young age of forty-six, he had already written The Stranger, The Fall, and The Plague, and had won the Nobel Prize for Literature.