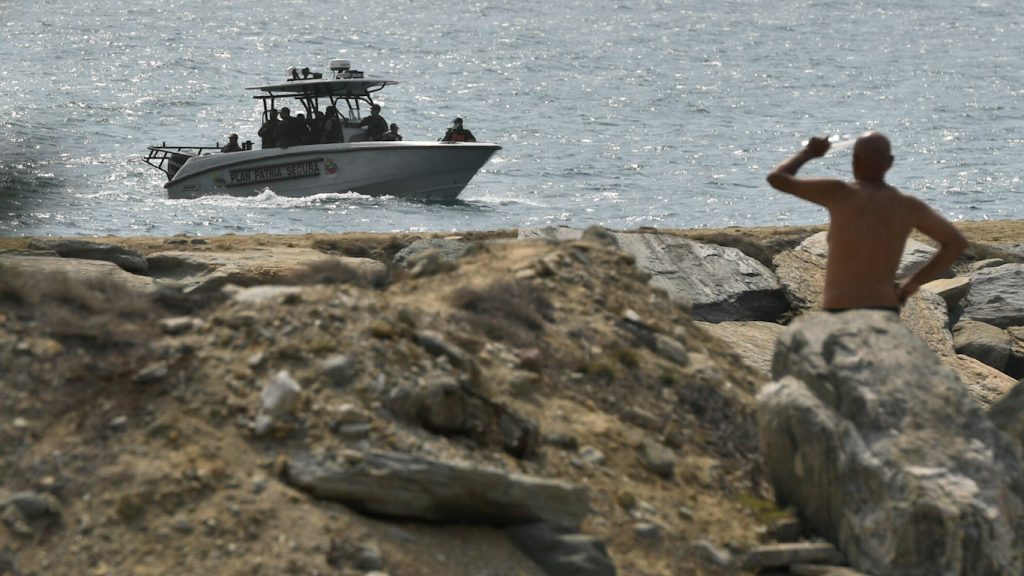 Security forces patrol near the shore in the port city of La Guaira, Venezuela, Sunday, May 3, 2020. Interior Minister Nestor Reverol said on state television—watch speech below by clicking on the following Twitter image—that security forces overcame an armed maritime incursion with speedboats from neighboring Colombia in which several attackers were killed and others detained. [Source: AP Photo/Matias Delacroix]

There is strong evidence to suggest that both Juan Guaidó and the U.S. government were intimately involved in a botched weekend insurrection.

The government of Venezuela is celebrating after thwarting another foreign-backed coup attempt Sunday, just two days after self-declared another coup attempt by “Interim President” Juan Guaidó ended in total failure. A flotilla of small speed boats filled with up to 300 paramilitary units, sailed from their training ground in Colombia heading for a port near the country’s capital Caracas, from where they were aiming to kickstart an insurrection. They confidently predicted they would be in the Miraflores presidential palace within 96 hours. However, the mission went spectacularly wrong almost immediately, as they were intercepted by the Venezuelan Navy, who reportedly killed at least eight in the fighting at sea, capturing many others. 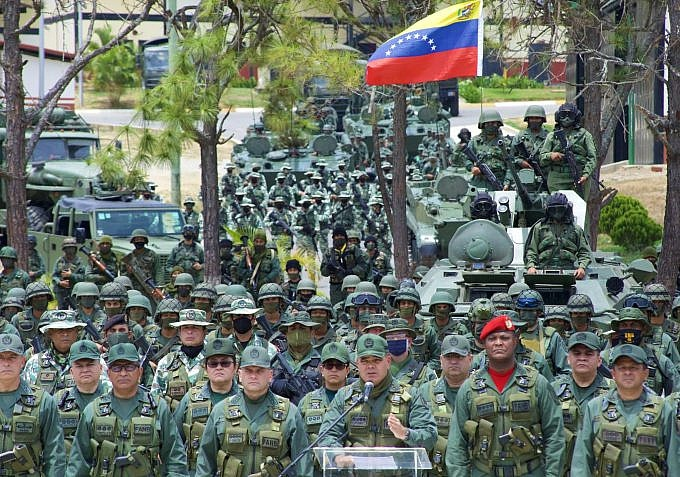 Interior Minister Nestor Reverol appeared on television to inform the public that in the early hours of Sunday, “A maritime invasion was attempted by a group of terrorist mercenaries coming from Colombia with the intent of committing acts of terrorism in the country, assassinating leaders of the revolutionary government, increase the spiral of violence, generate chaos and confusion among the public, and from that, spark a new attempt at a coup d’etat.” Reverol praised the quick response of the armed forces and police in repelling the invasion. “It would seem that the foiled imperialists’ attempts to overthrow the legitimately constituted government led by Nicolas Maduro has pushed them to formulate excessive actions that, without any doubt, deserve the forceful repudiation of our people and the international community,” he concluded.

[English subtitles] Statements by Venezuela’s Minister of Interior @NestorLReverol on this morning’s foiled mercenary terrorist incursion on the coast of La Guaira (via @camilateleSUR) https://t.co/BfW9QrHqey pic.twitter.com/bxhlNkguT1

Both Guaidó and the U.S. State Department denied any involvement in the embarrassing affair, the latter releasing a statement reading “The Maduro regime has been consistent in its use of misinformation in order to shift focus from its mismanagement of Venezuela.” On Friday, Guaidó attempted his own coup d’etat, apparently with U.S. input, but it went so poorly that few, even inside Venezuela, noticed. 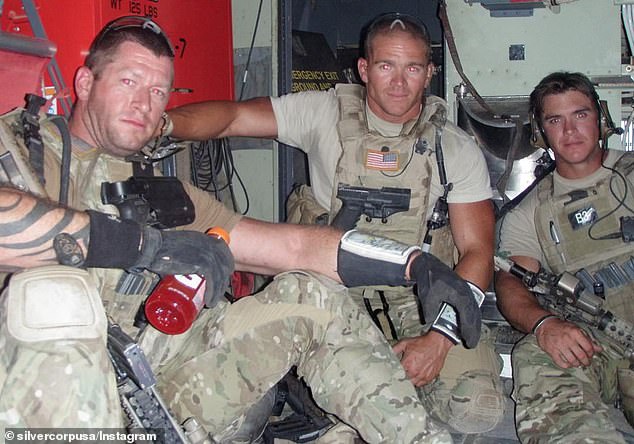 However, there is extremely strong evidence to suggest that both Guaidó and the U.S. government were intimately involved in the botched insurrection from the start, and it is not clear that Friday’s attempt was distinct from Sunday’s. Firstly, Jordan Goudreau, an ex-Green Beret and the owner of a large private mercenary organization in Florida came forward to reveal that he organized the coup attempt – and he had the receipts to prove it. Goudreau produced a signed $212 million contract drawn up between him and Guaidó, where the Venezuelan would pay his company nearly a quarter-billion dollars for “strategic planning” and “project execution” services. Goudreau said he had also been in contact with the U.S. government. Furthermore, in an interview, one of the captured coup-plotters confirmed that two American citizens have also been detained and that they are connected to President Trump’s security team.

It should also be understood that Goudreau is not a whistleblower. Far from it; he is proud of his actions, despite their failure. “Nothing I’m doing is illegal,” he dubiously asserted, “There are other people in the country who are ready to flip. They just need a catalyst,” he added, just as questionably. His social media accounts show him to be a strong supporter of President Trump and the “Make America Great Again” Movement. The only reason he produced the documents, he revealed, is that Guaidó stiffed him for the money, refusing to pay even a $1.5 million retainer fee. “They kept promising to pay, week after week,” he revealed in an interview with a Spanish-language TV station. This sort of behavior is perhaps not unexpected coming from a politician who promised Mike Pence that he controlled half the Venezuelan military and is widely accused of embezzling over $90 million of U.S. public money. A December poll found him to have a favorability rating of 10 percent and an unfavorability rating of 69 percent. That was before he was removed by his allies from his role of head of the Venezuelan National Assembly and even removed as a member of his own party.

Jordan Goudreau served in Iraq and Afghanistan and now runs a Florida-based security company called Silvercorp USA since 2018. The company’s website gloats about having operations in more than 50 countries. #GodeonOperation #Venezuelahttps://t.co/Y7HSNSEf3z

Goudreau’s company, Silvercorp, is a private entity, but could not do what it does across Latin America without the aid of the United States. In recent decades, the practice of regime change has been outsourced from the government itself to semi-private corporations, giving the White House some form of plausible deniability to its operations. National Endowment for Democracy founder Allen Weinstein helpfully explained to The Washington Post what his organization’s role was: “A lot of what we do today was done covertly 25 years ago by the CIA,” he said. However, when it comes to Venezuela, the U.S. has been far from successful.

A Timeline of Incompetence

The weekend’s coup attempts were the latest in a long line of botched U.S.-backed regime change attempts. In 2019, Juan Guaidó tried four times – in January, April and twice in November – to overthrow Maduro and force his way into power, despite never having even run for the nation’s top office. The attempt in April consisted mostly of him posing on a bridge above a military base, insisting to the nation that he had captured it and the armed forces were rebelling against Maduro. The charade became increasingly hard to sustain after state TV began broadcasting from inside the base, revealing how small his group of supporters were. The November coups went so poorly that most Venezuelans did not even realize they had happened. Meanwhile, his co-conspirators from the January event fled to the U.S., where they thought they would be treated as heroes. Instead, they were arrested and incarcerated in an ICE concentration camp for illegally crossing the border, and have remained there ever since.

In 2018, the opposition attempted to assassinate Maduro using a drone bomb while he was giving a public speech. In 2014 and 2017 it unleashed a deadly wave of terror, bombing subway stations, buses, grain stores, pre-schools and universities, and lynching and burning Afro-Venezuelans in the street. This was largely presented as a peaceful protest in Western media. Meanwhile, in 2013 and 2018 they refused to accept their electoral defeats, instead urging their supporters to “vent their anger” on the streets, leading to many deaths. Going further back, in 2001, they attempted to have former President Hugo Chavez sectioned under the mental health clause in the new constitution, claiming he was insane. Throughout this, the United States has provided crucial help, spending hundreds of millions of dollars funding any group opposing the socialists. In recent years it has also inflicted deadly sanctions on the country, responsible for economic collapse and over 100,000 deaths, according to an American UN Special Rapporteur who visited the country. All this in the name of democracy promotion.

“What do you want us to do?” asked one of Sunday’s coup leaders. “It may take five, even ten failed attempts, but we will get rid of this government.” What a strange dictatorship Venezuela is, where world-renowned so-called pro-democracy activists can wage decade-long campaigns of terrorism, assassinations and coups, free to travel the country and the world promoting their cause with virtually no consequences from the tyrannical government. 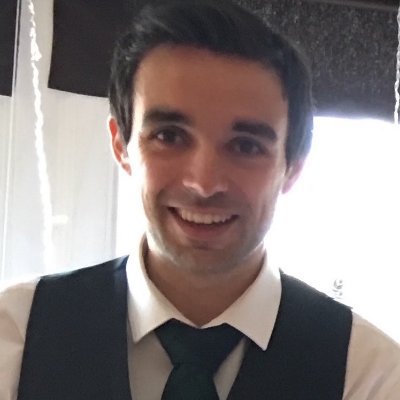 Alan MacLeod is a Staff Writer for MintPress News where this piece originally appeared. After completing his PhD in 2017 he published two books: Bad News From Venezuela: Twenty Years of Fake News and Misreporting and Propaganda in the Information Age: Still Manufacturing Consent. He has also contributed to Fairness and Accuracy in Reporting, The Guardian, Salon, The Grayzone, Jacobin Magazine, Common Dreams the American Herald Tribune and The Canary.