UPDATED Dominic Cummings specifically stated now in the press briefing that he had been eager to “get back to work to get vaccine deals through, move regulations aside” and that is why he drove to Barnard Castle to test his eyesight.

Now it may be entirely a coincidence that the place to which he chose to drive for his eyesight test happened to be the site of the major factory of GlaxoSmithKline. It may be an entire coincidence that two days later, on the very day Cummings actually started work back in Downing Street he has stated was “to get vaccine deals through”, GlaxoSmithKline announced an agreement to develop the vaccine.

END_OF_DOCUMENT_TOKEN_TO_BE_REPLACED

Adding up the damage Britain’s Covid-19 policies have caused

It is the end of the affair.  We are no longer at epidemic levels of covid-19 prevalence in the UK (0.27% of the population infected, where 0.4% is the low end required to be “epidemic”), and all-cause deaths have slipped back below average.

Source: Office for National Statistics, 15 May 2020

It seems a good time to look back on the extraordinary past few weeks and try and draw conclusions.

END_OF_DOCUMENT_TOKEN_TO_BE_REPLACED

A rational person would question why Britain has fared so badly in the COVID-19 pandemic. It is a rich country with the sixth largest economy in the world, a proud history of public health and a National Health Service (NHS) arising from the ashes of World War II. This forms the central pillar of the welfare state, providing universal, comprehensive care to all citizens irrespective of ability to pay.

END_OF_DOCUMENT_TOKEN_TO_BE_REPLACED

Mainstream economics consistently fails to predict the future. I’m talking about those ‘schools’ of mis-thought, ranging from Paul Krugman on the ‘left’ to Glenn Hubbard and other apologists of business and neoliberalism on the ‘right’.

END_OF_DOCUMENT_TOKEN_TO_BE_REPLACED

US President Donald Trump launched a new vaccine war this week, but not against the virus. It was against the world. The US and UK were the only two hold-outs in the World Health Assembly on the declaration that vaccines and medicines for COVID-19 should be available as public good, and not under exclusive patent rights. The US explicitly disassociated from the patent pool call, talking instead of “the critical role that intellectual property” plays – in other words, patents for vaccines and medicines. Having badly botched his COVID-19 response, Trump is trying to redeem his electoral fortunes in the November elections this year by promising an early vaccine. His ‘Make America Great Again’ is vaccines for “us”, but the rest will have to queue up and pay what big pharma asks, as they will hold the patents.

END_OF_DOCUMENT_TOKEN_TO_BE_REPLACED

Ostensibly, this is to tackle a simple virus. In reality, it is to achieve an elite design at staggering cost to humanity and to life generally.

END_OF_DOCUMENT_TOKEN_TO_BE_REPLACED

Below is the transcript of the presentation that I made on 30 April to the Indian Students Forum (TISS) in Mumbai.  It has been published by Students’ Struggle, the monthly bulletin of the Students Federation of India, a student organisation associated with the Communist Party of India (Marxist).  It is a little out of date on the COVID-19 cases and deaths but I am republishing the presentation to blog readers as i think it still sums up my position on the nature of coronavirus crisis.  It is very long.  But this is an exception to the rule. It was transcribed for us by Goutham Radhakrishnan, a research scholar at TISS.

END_OF_DOCUMENT_TOKEN_TO_BE_REPLACED 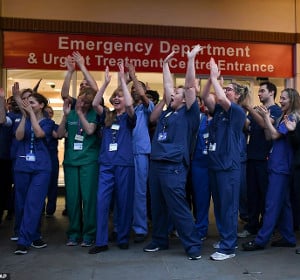 According to  The Daily Telegraph (May 21, 2020):  “samples taken from the same patient are being recorded as two separate tests in the Government’s official figures”.

“Tens of thousands of

have been double-counted in the Government’s official tally, public health officials have admitted.

END_OF_DOCUMENT_TOKEN_TO_BE_REPLACED

The Rockefeller Foundation has presented the “National Covid-19 Testing Action Plan”, indicating the “pragmatic steps to reopen our workplaces and our communities”. However, it is not simply a matter of health measures as it appears from the title.

The Plan – that some of the most prestigious universities have contributed to (Harvard, Yale, Johns Hopkins and others) – prefigures a real hierarchical and militarized social model.