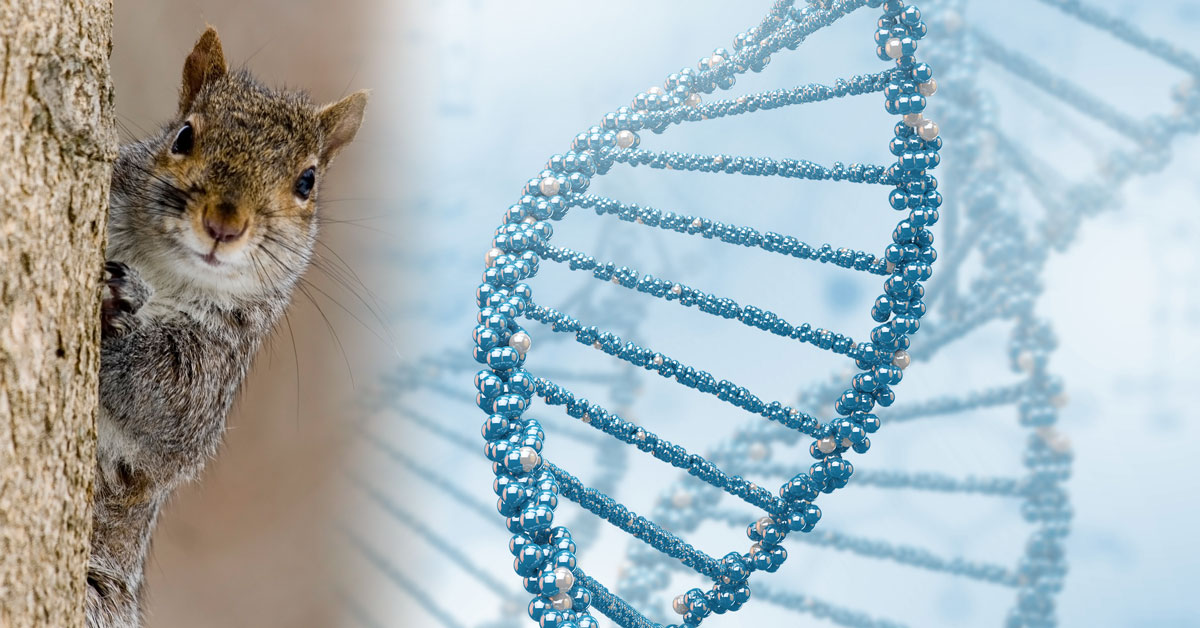 This summer 78 environmental, agricultural, animal welfare and development organisations from all over Europe called on the European Union to outlaw the release of Gene Drive Organisms in the EU and internationally, warning that reprogramming or eradicating entire animal populations posed grave risks. They’re hoping that the European Union will respect the precautionary principle and reject the release into the wild of this application of ecosystem-level genetic engineering, given its many unexplored risks.

But what about deployment of gene drives in the UK? After all, the UK government deliberately avoided transferring the precautionary principle into post-Brexit law. And given that it has made “liberating” biotechnology a flagship goal and has already begun a push to deregulate gene-editing, it seems highly unlikely that it would support a moratorium.

Anyone who thinks that may not matter because they associate gene drives with talk of eradicating deadly diseases in far off countries may be surprised to discover there’s already a gene drive on the drawing board for deployment specifically in Britain.

This became clear at the beginning of this year when The Times ran the headline: First they cloned Dolly the sheep. Now they’re targeting grey squirrels. The article was one of several reporting that Britain’s red squirrels might soon thrive again, thanks to scientists at the Roslin Institute in Edinburgh using CRISPR-based gene drives to eradicate the invasive greys, which are blamed for driving out the native reds.

The first step in this process involved designing and modelling a suitable type of gene drive to do the job. In a just published preprint, the Roslin scientists claim to have done exactly this via a novel combination of three gene drives called HD-ClvR (Homing, Daisyfield, and Cleave-and-Rescue) that, they say, could “effectively control a targeted grey squirrel population, with little risk to other populations”.

And while the Roslin researchers have made the appropriate noises about fully exploring the ecological implications of such an intervention and broadly consulting those that may be affected, there are, as we shall see, some influential players pushing for the adoption of the gene drive strategy.

This might seem surprising, given that there are far less risky ways of controlling grey squirrels. Research out of Ireland, for instance, shows that in areas with pine martens – predators native to Britain and Europe, and members of the otter, badger and weasel family, red squirrel numbers are on the rise while grey squirrel numbers are crashing, suggesting “European pine marten abundance may be a critical factor in the [non-native] grey squirrel’s success or failure as an invasive species.”

Further research has shown the same pattern in Scotland. And more recent research from Queen’s University in Belfast has confirmed that pine martens prey far more heavily on the grey squirrel than on the reds that they evolved with. That is why conservationists in some parts of Britain where pine martens had previously been driven to extinction by centuries of persecution have been trying to reintroduce this key missing element of the woodland ecosystem.

And the Queen’s University researchers see this natural form of biological control as having a far wider relevance then just grey squirrels: “If invasive species lack behavioural responses to recovering native predators with whom they do not share evolutionary history; the ongoing predator recovery in Europe could have immense potential to restore and regulate our fractured ecosystems.”

Making money out of genetics

But what seems like excellent news for the red squirrel may well be disregarded by the influential forces propelling the gene drive strategy. This is because of the coinciding financial and political interests of key players, who would be happy to see Britain become a pioneer in this controversial technology.

The first of these are the Roslin scientists themselves. Despite Roslin’s headline-grabbing research projects, such as cloning livestock animals like Dolly and genetically modifying chickens to lay “medicines”, so far they have had zero success in converting any of their biotech ventures into income streams. For instance, PPL Therapeutics, the most notable Roslin spinoff, which launched in the wake of the excitement over the birth of Dolly in 1996, sold its remaining assets and closed a decade and a half ago, having struggled financially for some time.

Battling troublesome species, on the other hand, is a booming business, with £2 billion a year currently being spent in the UK alone on combating invasive species. And dreams of making money out of genetics has long bewitched not just the biotech brigade but their political masters. Dolly was even used as an icon for an emerging “biotech tartan triangle” that Scottish Enterprise at one time hoped would become a major driver of Scotland’s economic development.

That was in a section of Johnson’s speech where he was talking about shifting Britain’s focus to opportunities rather than risks. And a risk-taking attitude in promoting UK biotech seems to be strongly supported by his closest advisors.

Brexit’s chief architect, Dominic Cummings, is obsessed with genetic technology and with making the UK a leader in the field post-Brexit. And Johnson’s other key advisor, Munira Mirza, is part of the RCP network that also sees Brexit as the ideal opportunity to ditch a precautionary approach and biotech regulations along with it.

In this particular case, the coalition of interests is joined by landowners and foresters who see the grey squirrel as a threat to the value of their timber due to its habit of stripping tree bark. That is why the chairman of the Forestry Commission, Sir Harry Studholme, told The Times he welcomed the gene drive project.

If you follow the money, you get an even clearer sense of what’s going on.

The most recent Queen’s University research – on grey and red squirrel responses to pine martens – had to be funded through an online public appeal. By contrast, the Roslin gene drive project is funded by the European Squirrel Initiative, a well-heeled lobby that, according to The Guardian, is “funded by landowners”.

Landowners typically see pine martens as a threat to the game birds they breed to shoot. As George Monbiot notes, “all too often estate owners would rather cut their own throats than tolerate the presence of predators, even when those predators are protecting them from massive problems, like grey squirrels”. So shooting estates are to the fore in trying to block the wider release of pine martens with, Monbiot says, the shooting industry’s front group even “campaigning to reduce pine marten populations in Scotland”, where they’re more common.

In other words, the same forces obstructing the wider release of pine martens as a natural means of controlling grey squirrels are backing the gene drive initiative as a silver bullet control.

There are a whole series of extraordinary ironies here. The first is that the pheasants that the shooting estates are so keen to protect from the native pine martens are not natives of Britain but of Asia. They were first brought to Europe by the Romans and probably to Britain much later, possibly around the time of the Normans. In most of Britain they had become extinct by the early 17th century. During the 19th century though they were relaunched as fashionable game birds.

Today they’re kept going by a huge industry, with the numbers of pheasants imported into England annually from the EU, either as hatching eggs or live birds, reported to be over 25 million. The total number of game birds released in the UK each year is said to approach 60 million.

According to the RSPB’s former Conservation Director, Dr Mark Avery, the biomass of all the non-native pheasants and red-legged partridges that are released annually exceeds that of all the native UK birds put together. Avery calls this “a very serious ecological assault on the countryside” by non-native game birds who “gobble up insects, other invertebrates and even snakes and lizards”, as well as encouraging predators who also prey on native species.

But in this case, needless to say, the monied interests are wholly on the side of the invaders.invasive

Another irony is that it was also the big landowners who first introduced the non-native grey squirrels to England. They brought them over from North America in the late 19th century to add interest to their country estates. As a direct result, there are now about 2.5 million grey squirrels in Britain, as against only about 100,000 reds.

Even more ironic is the fact that before the grey squirrels spread far and wide, it was the red squirrels that were persecuted as pests. The persecution was so severe that, together with deforestation, it depleted red squirrel numbers to the point where many thousands were imported from Europe in the late 18th and early 19th centuries. A DNA analysis of our current red squirrel populations shows that, as a result, most of our “native” reds actually originated from Scandinavia.

The eventual revival of the reds via European imports, and some reforestation, led to a new wave of persecution. In the first 30 years of the last century, the Highland Squirrel Club alone culled around 80,000 reds – equivalent to a sizeable proportion of the current UK red squirrel population.

In his most recent book, Dave Goulson neatly sums up our changing perceptions: “We used to eat and persecute red squirrels as pests. We introduced grey squirrels because we thought they were cute. Then they spread and the reds started to decline, so we reversed our opinion, deciding that the reds were now cute and the greys should be killed.”

Whose future are we securing?

Goulson is sceptical about just how critical securing the future of Britain’s red squirrels really is. “Looking globally red squirrels are abundant across much of Europe and Siberia,” he writes. “If they did become extinct in the UK, it would not be a significant event in a world where thousands of species are in imminent danger of global extinction.”

But saving the red squirrel is the mascot on the drive to remove the greys. That’s why the European Squirrel Initiative, which is financing Roslin’s gene drive work, has the avowed aim of securing “the future of the red squirrel through the effective control of the grey squirrel”.

And the forces pushing the gene drive initiative and blocking the wider release of native predators are influential enough that, in combination with a government hell bent on deregulating the biotech sector,  the UK could end up deploying risky gene drives sooner rather than later, despite the availability of natural means of biological control.