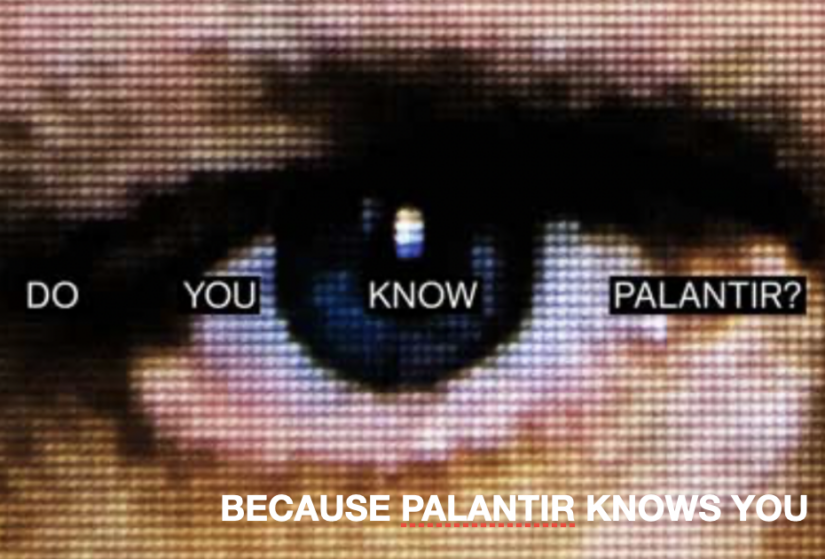 At TruePublica, we took the view that Britain should not be ‘world-beating’ at being the most surveilled nation of any Western democracy in the world. For five years we reported with our partners that state surveillance and the ending of privacy was a matter of public interest, not a political plaything for some politicians to line their pockets with.

One of the very worst actions of the government when it comes to privacy is the selling of the NHS database to an American outfit called Palantir. This company has deep connections to the CIA, to the military – and is highly controversial in all manner of dubious activities. Just one of them is assisting with military perfected systems to sway public opinion. It was found to be involved in the Cambridge Analytica/Facebook scandal that helped drag Brexit over the line. In essence, Palantir is an information warfare spy-tech firm – that’s what is does best.

Right-minded people of normal intellect understand that relying on foreign powers when it comes to national infrastructure is a very bad idea. The recent collapse of political relations with China is a case in point. Can you imagine if Huawei had installed the entirety of the 5G infrastructure (as was planned) who then threatens to ‘pull the plug’ for criticising their human rights abuses? Now we have Joe Biden threatening huge trade tariffs because Britain’s wants global tech companies, usually American ones, to pay some tax to the country, which they refuse to do. And Britain will back down.

However, Boris Johnson’s government decided to plough on regardless and it took a small media company, incensed with government malfeasance to take the government to court over the matter.

“Back in December, after we had spent months on legal efforts to get transparency, the government snuck through a massive £23m, two-year deal with Palantir, a CIA-backed data firm. They contracted Palantir to process our sensitive health data.

We raised objections: the initial deals were framed as a short-term, emergency COVID response, but the new contract revealed mission creep well beyond the pandemic.”

In its defence, government lawyers insisted that British citizens should have no right to a say in major NHS contracts with big tech firms like Palantir. oD believed the public does have those rights – so they sued.

“Facing our lawsuit, the government has finally caved. They’ve pressed pause, committing not to extend Palantir’s contract beyond COVID without consulting the public. There will be no more mission creep without assessing our rights. They have also agreed to engage the public, via patient juries, about whether firms like Palantir are appropriate for a long-term role in the NHS at all.”

oD is right to say that the NHS, with its unique trove of structured health data, is powerfully attractive to tech corporations. And as it says – “Palantir and other US tech firms clearly stand to profit from managing or accessing this asset, estimated to be worth £10bn a year.”

The NHS datastore is the largest pool of private health data in NHS history, and that raises questions too important to be settled in secret deals. Should it survive the pandemic? On what terms? Should Palantir manage it, or are there more trustworthy alternatives?

We should not forget who our government picked to manage this treasure trove. Palantir was founded by a Trump-backing billionaire called Peter Thiel. The firm has a deep and controversial history with US police and was involved in the highly dubious border force actions in America that split immigrant children from their parents. In the UK, Palantir has already landed a new contract supporting UK border enforcement. Are British companies or the state not capable of supplying such a service?

Again oD makes a useful point in their action against the government – “Amid concerns over COVID vaccine hesitancy in some Black and minority ethnic communities and among migrants, trust in health services is vital. A long-term role for Palantir in the NHS risks eroding trust in key communities right when the government needs it most.”

And even though this case has been won – it hasn’t really. The government continues to refuse to lift key redactions on what data is being fed into Palantir’s datastore.

Does the general public have any idea what this government has planned for the NHS? No, they don’t because that information has not been made public.

“Our case was launched amid a major proposed shake-up of laws governing the NHS and its patient data. Proposals in the government’s recent white paper for health and social care would centralise NHS control under Matt Hancock, and could prepare the ground for larger slices of the NHS – including its £10bn/year health data assets – to be contracted to private tech firms.”

Whilst this point is serious, it still evades the issue of national security and dependence of foreign power over public health.

Politician’s need to wake up, stop being naive or stop lining their pockets when it comes to public health, national security and critical infrastructure. American healthcare companies are universally hacked year in year out because of the highly sensitive data they store. The theft of personal data is bad enough – being blackmailed over this data is not uncommon in America.

From AP News just last October – “Federal agencies (FBI) warned that cybercriminals are unleashing a wave of data-scrambling extortion attempts against the U.S. healthcare system designed to lock up hospital information systems, which could hurt patient care just as nationwide cases of COVID-19 are spiking” (source). The result is that America’s FBI now spends large sums of money attempting to protect private healthcare companies  – and Britain is to hand over mass critical healthcare data to a country besieged with problems when it comes to exactly that – healthcare data.

In polling over the last decade, there is overwhelming support for the NHS to be fully and publicly funded – and not privatised. No government has a mandate to change that, no government was voted for to privatise it. But this government is ideologically opposed to free healthcare. That’s what this deal with Palantir is about. And that’s why the government was sued – and lost. But it won’t stop them, will it?