If anti-racism is about social justice, social justice is about rights, and this week on IRR News we focus on legislation and police practices that erode rights, as well as asking what should be done in complicated circumstances when the rights of different groups seemingly collide.

As the Police, Crime, Sentencing and Courts Bill continues its journey through parliament, we provide a forensic analysis of its provisions for ‘suspicionless searches’. If the legislation is passed, those offenders marked out for Serious Violence Reduction Orders, not just known ‘knife carriers’ but, secondary parties, will be targeted for stop at search at any time and in any public place. In The Police Bill, SVROS and guilt by association, Emeritus Professor Lee Bridges points out that the government is fully aware that SVROS will disproportionately impact on young black offenders, yet it has failed to provide any legal remedies for potential misuse which could include persistent police harassment.

Meanwhile, to continue the policing theme, Robert Elliot of the media watch group Occhio ai Media reports on the lack of official concern over racial profiling in the Italian city of Ferrara, controlled by the extreme-right League party and patrolled by police and military. We also recommend an important new Open Society guide for campaigners and organisers challenging ethnic profiling across Europe.

The chair of the government’s statutory equalities regulator, the EHRC, indicated this week that it intends to intervene in the trans debate to support ‘gender critical belief’. In When equalities are marketised rights suffer, IRR director Liz Fekete warns that if ‘philosophical belief’ is elevated over the protection of the rights and dignity of minority groups, what happens in the field of trans rights today, will have repercussions for other minorities tomorrow. Speaking at the launch of a critical report on the methodology deployed by the EHRC in its investigation into Labour party antisemitism, the IRR’s director also warns that the EHRC has failed to acknowledge that discrimination can occur within, as well as between, communities.

We have extended our regular calendar of racism and resistance to cover the right to protest over events in the Middle East, the clampdown on those who support Palestinian rights, documenting also the fear generated in Jewish communities by a number of antisemitic incidents and attacks. 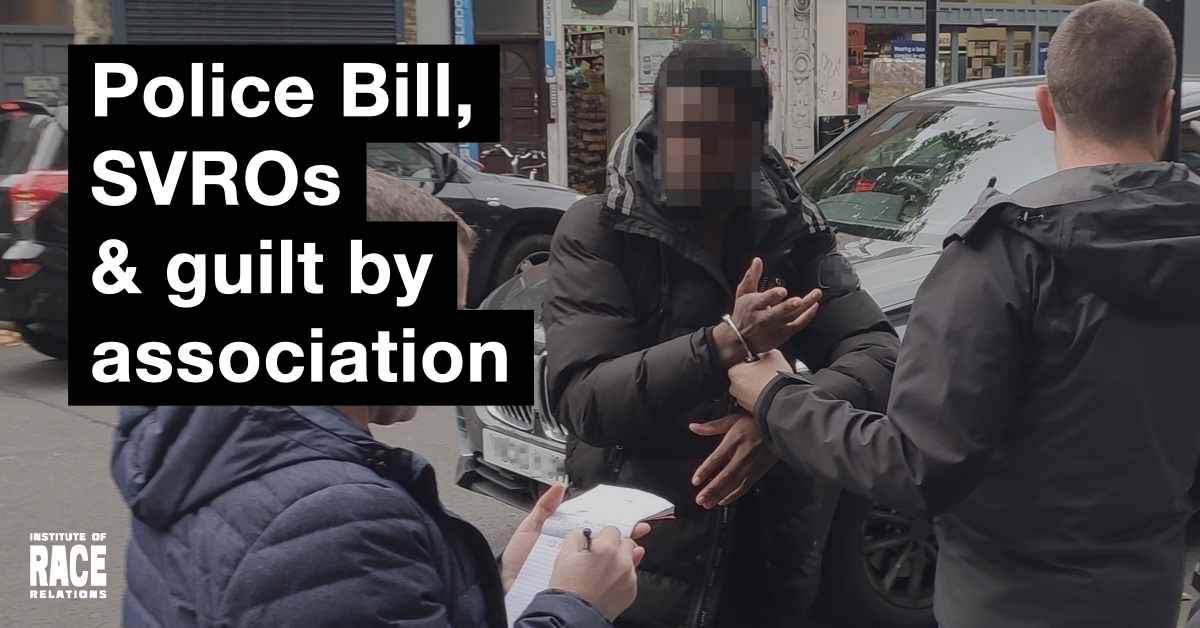 As opposition to the Police, Crime Sentencing and Courts Bill grows, Lee Bridges examines provisions to expand stop and search through the introduction of Serious Violence Reduction Orders. If you’re on Twitter, read and retweet our thread here. 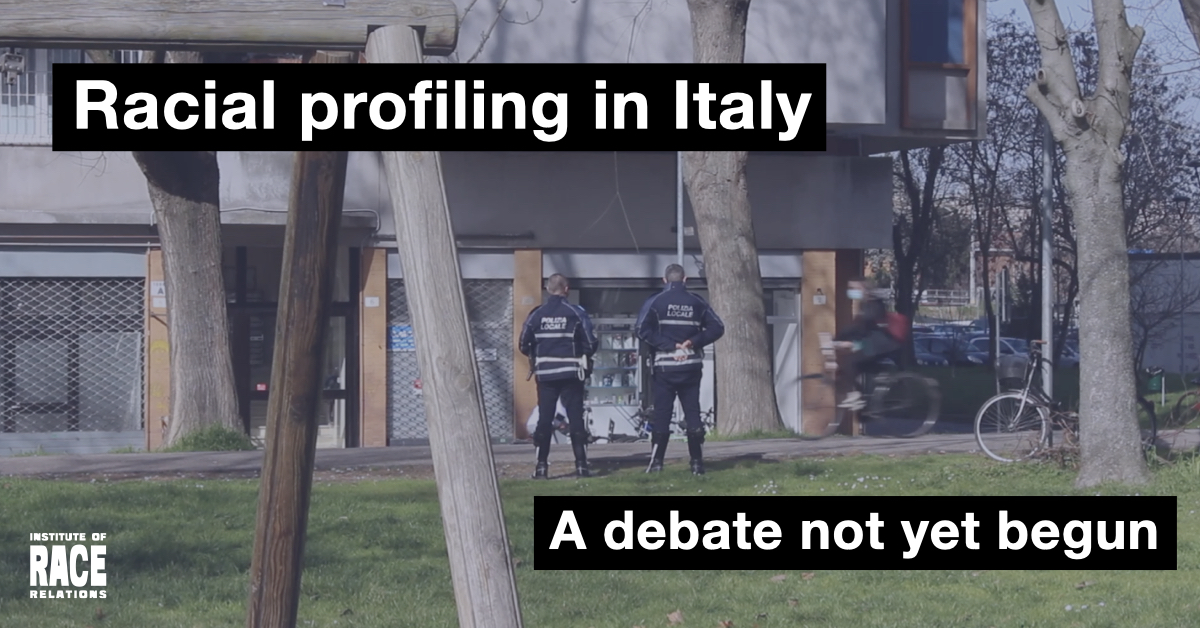 Robert Elliot from Occhio ai Media, a media watch group, has been observing the impact of stop and search by armed soldiers and police in the northern Italian town of Ferrara, arguing that the silence on racial profiling urgently needs breaking. 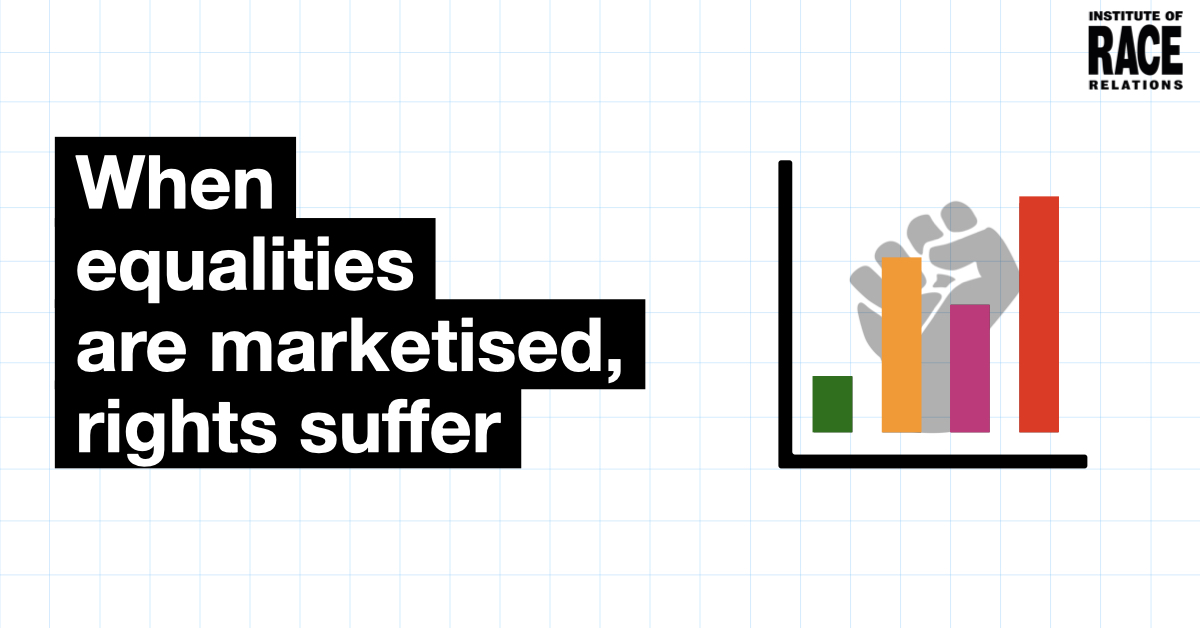 What, asks Liz Fekete, does the EHRC’s methodology in its report into antisemitism in the Labour Party, warn us about the way equalities are moving? 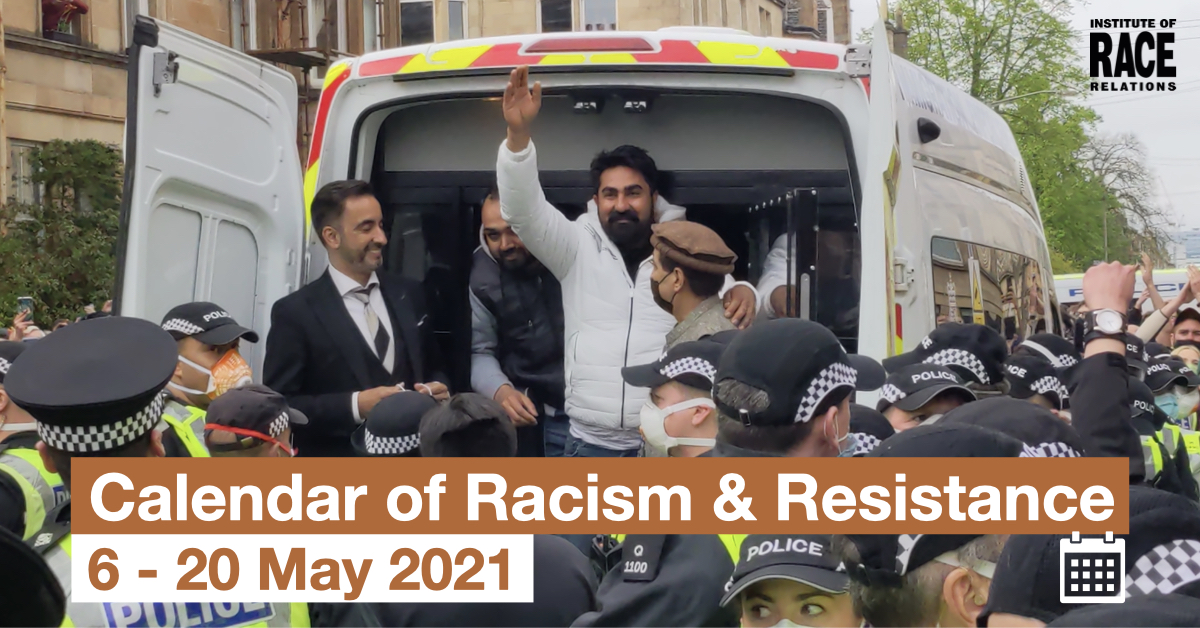 This week’s calendar documents acts of resistance across the UK and Europe, including the release of two men detained in Glasgow after hundreds of people surround an immigration van on Eid al-Fitr. 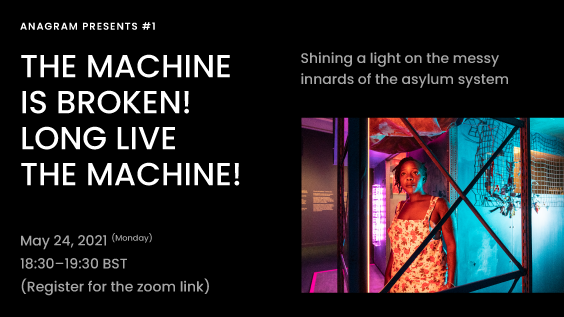 To mark the temporary re-opening of their piece A Face to Open Doors at the Imperial War Museum, creative studio Anagram are hosting a discussion on the asylum system with a panel of experts, including IRR Vice-Chair Frances Webber on Monday 24th May. Part of IWM’s Refugee Season, it is available to view from now until the 12th June.

Also starting on Monday is Landscapes of Border Control and Immigration Detention in Europe – a three-day online conference that seeks to contribute to the limited body of evidence about immigration detention in Europe, hosted by Border Criminologies.