US President Joe Biden and the EU heads of state and government strongly condemned the arrest of journalist Raman Pratassevich in Belarus.

The Ryanair aircraft, passing through Belarusian airspace while transporting him from Greece to Lithuania on 23 May 2021, was grounded in Minsk after a false bomb threat. The journalist was then arrested for inciting anti-government protests last year.

END_OF_DOCUMENT_TOKEN_TO_BE_REPLACED

The USA, France, Spain, Portugal, Italy and Austria combined to force down President Evo Morales’ jet in Vienna in 2013 after the CIA falsely reported whistleblower Edward Snowden was on board. The monumental cynicism of these nations in sanctioning Belarus for a directly comparable action is sickening, even by the standards of western hypocrisy. Indeed, to force down a Presidential jet covered by diplomatic immunity is a greater offence to international law than Belarus forcing down the Ryanair flight.

END_OF_DOCUMENT_TOKEN_TO_BE_REPLACED 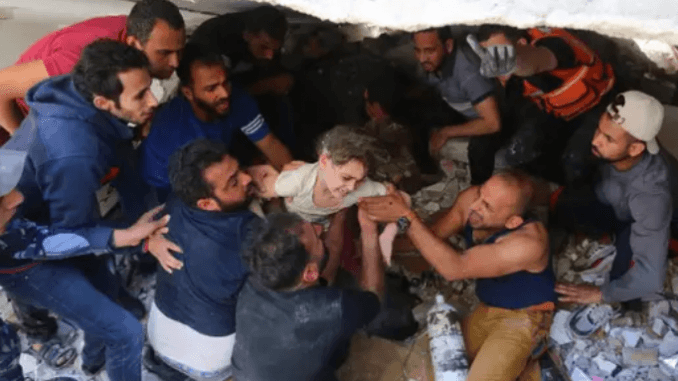 END_OF_DOCUMENT_TOKEN_TO_BE_REPLACED

Hezbollah: Powerless Against Gaza, Israel is Doomed to Disappear
https://southfront.org/hezbollah-powerless-against-gaza-israel-is-doomed-to-disappear/

END_OF_DOCUMENT_TOKEN_TO_BE_REPLACED

Today in the High Court, Government’s lawyers set out their defence to our legal challenge over PPE contracts handed to “VIP” companies. Government claims that companies in the VIP Lane did not materially benefit from their special treatment, and that it was simply a different route by which they could win contracts.

The evidence tells a different story.

END_OF_DOCUMENT_TOKEN_TO_BE_REPLACED

goingunderground RT on May 19, 2021 with John Pilger

On this episode of Going Underground, we speak to legendary journalist and filmmaker John Pilger. He discusses why Palestine is still the issue in 2021, the Israeli aerial bombardment of Gaza which has claimed hundreds of lives, displaced over 50,000 and claimed the lives of over 63 children, the EU, US and UK role in the Israeli bombardment of Gaza, Palestine’s legal right to resist and Hamas as a part of a resistance provoked by Israeli occupation, the ‘media boycott’ of Gaza and why the mainstream media’s ‘both sides’ assertions are false, the entrenching Israeli illegal occupation of Palestine, the US-led campaign against China and the likelihood of war breaking out, China’s rise and memory of its ‘century of humiliation’ of dominance by imperialist powers, the persecution of Julian Assange and much more!