END_OF_DOCUMENT_TOKEN_TO_BE_REPLACED

In order to force high-tech companies to decouple from the People’s Republic of China and reverse U.S. decline, U.S. imperialism needs a political/military crisis with China

Why has there been almost no coverage of U.S.-led naval maritime exercises in the South China Sea at the same time multi-millionaire Speaker of the House Nancy Pelosi was visiting Taiwan?

END_OF_DOCUMENT_TOKEN_TO_BE_REPLACED

Pelosi’s Taiwan visit places the U.S. on the wrong side of history
https://williambowles.info/2022/08/06/pelosis-taiwan-visit-places-the-u-s-on-the-wrong-side-of-history/

Ivan Timofeev: Beijing and Moscow can lead a kickback against the West dictating to the rest of the world
https://www.rt.com/news/560353-west-world-hegemony-lesson/

Ivan Timofeev: The rest of the world can use a lesson from history to neuter the hegemonic power of the West
https://www.rt.com/news/560353-west-world-hegemony-lessom/

END_OF_DOCUMENT_TOKEN_TO_BE_REPLACED

Friday, 5 August 2022 — The Chronicles of Haiphong

This article was originally published in CGTN on August 5th, 2022

On August 2, U.S. Speaker of the House of Representatives Nancy Pelosi led a Congressional delegation to Taiwan despite numerous warnings from China’s Foreign Ministry and the People’s Liberation Army (PLA) to reconsider. Pelosi’s military aircraft snuck into Taiwan late in the evening.

END_OF_DOCUMENT_TOKEN_TO_BE_REPLACED

When Nancy Pelosi made her ‘woke’ flight to Taiwan the U.S. seemed to hope for a Chinese military reaction to it. It positioned an aircraft carrier and two amphibious landing ships in the region. It also shipped additional fighter planes to Japan and South Korea.

END_OF_DOCUMENT_TOKEN_TO_BE_REPLACED 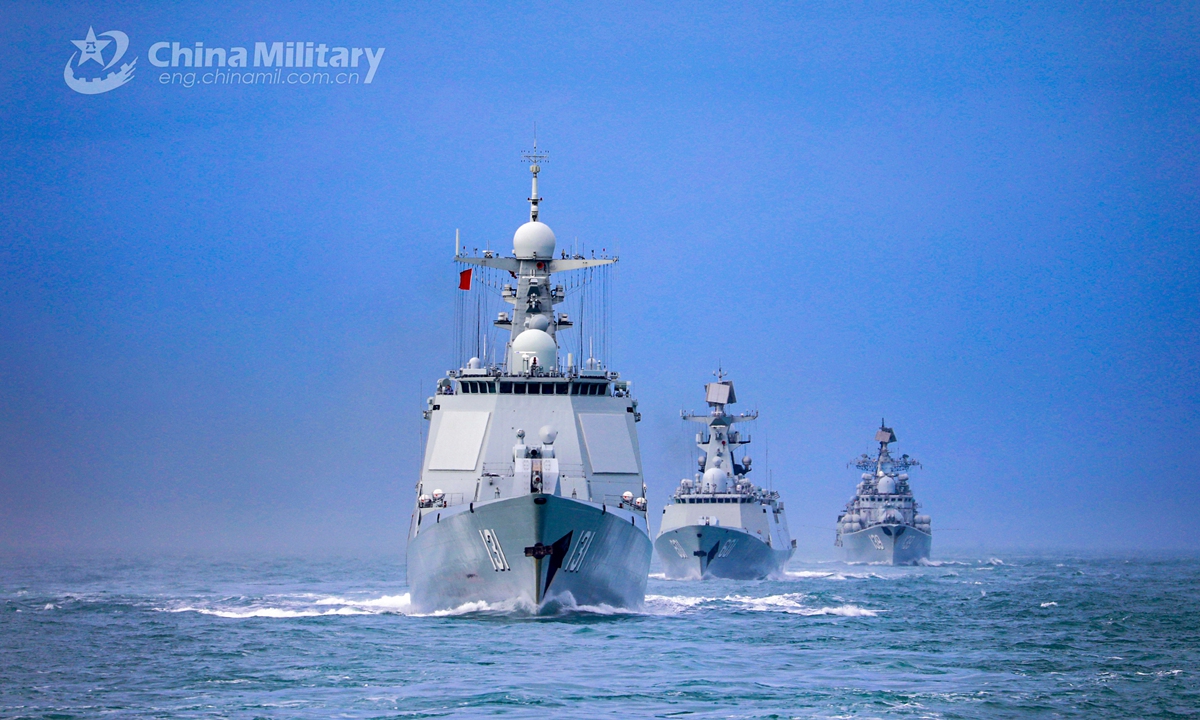 A naval fleet comprised of the guided-missile destroyers Ningbo (Hull 139) and Taiyuan (Hull 131), as well as the guided-missile frigate Nantong (Hull 601), steams in astern formation in waters of the East China Sea during a maritime training drill. Photo:China Military

The Chinese Foreign Ministry and the People’s Liberation Army (PLA) are keeping up the pressure on the US over House Speaker Nancy Pelosi’s potential visit to the island of Taiwan, urging the US to honor US President Joe Biden’s promise to not support “Taiwan independence,” while media outlets from the US and Taiwan reported that Pelosi is expected to visit the island shortly.

END_OF_DOCUMENT_TOKEN_TO_BE_REPLACED

The tame ending of the saga of Nancy Pelosi’s trip to Taiwan leaves many intriguing loose ends, although the world is lucky that she didn’t choose to test the authenticity of the Chinese rhetoric.

END_OF_DOCUMENT_TOKEN_TO_BE_REPLACED

World is ‘one miscalculation away from nuclear annihilation’ – UN chief
https://www.rt.com/news/560030-un-warns-of-nuclear-annihilation/

Could Nancy Pelosi’s visit to Taiwan spark a war between China and the US?
https://www.rt.com/news/560018-nancy-pelosi-visit-taiwan/

END_OF_DOCUMENT_TOKEN_TO_BE_REPLACED

The circus around Pelosi’s trip to Taiwan is a clear sign that something incredibly reckless and stupid is about to happen.

END_OF_DOCUMENT_TOKEN_TO_BE_REPLACED 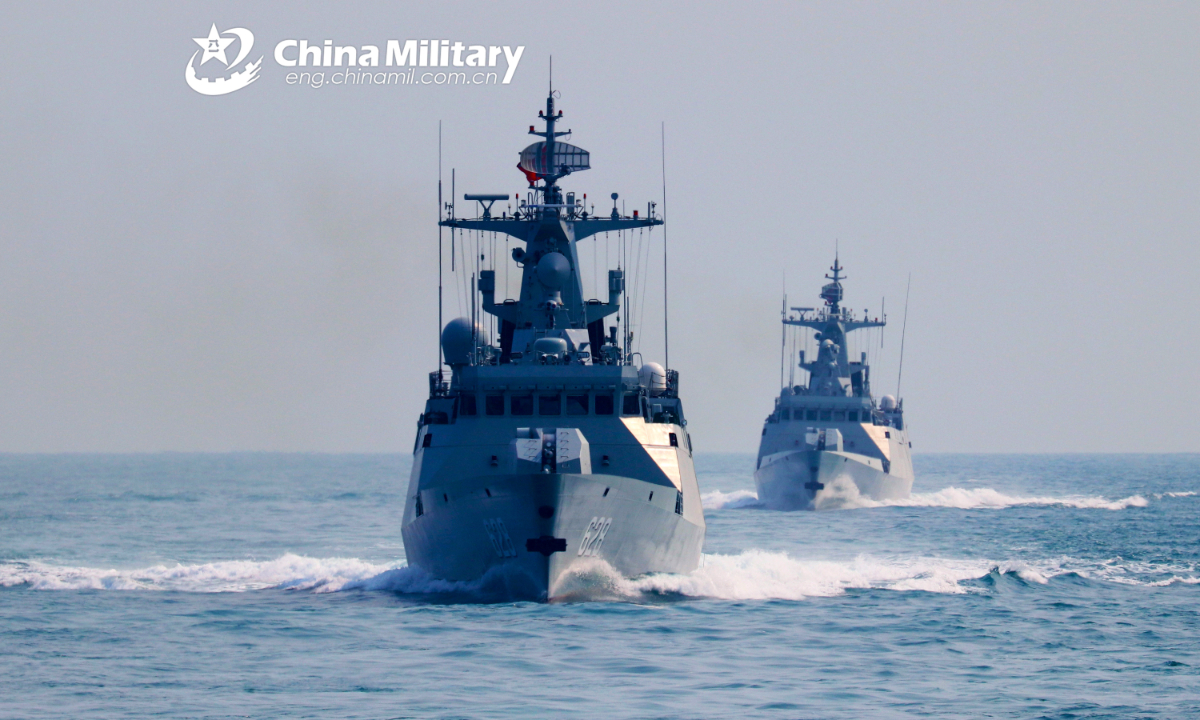 Led by the guided-missile frigate Yongzhou (Hull 628), a frigate flotilla with the navy under the PLA Southern Theater Command steams in formation in an undisclosed sea area during a maritime training exercise in early December 2020. Photo: China Military

“Don’t say we didn’t warn you!” – a phrase that was used by the People’s Daily in 1962 before China was forced to fight the border war with India and ahead of the 1979 China-Vietnam War, was frequently mentioned during a forum held Friday by a high-level Chinese think tank, as analysts warned that open military options and comprehensive countermeasures ranging from the economy to diplomacy from China await if US House Speaker Nancy Pelosi gambles with a visit to the Taiwan island during her Asia tour.

END_OF_DOCUMENT_TOKEN_TO_BE_REPLACED

Yves Smith is aghast about the U.S. eyepoking of China:

The neocons above all seem unable to process that the days of US hegemony are over. It boggles the mind that they are not just eyepoking but escalating greatly with China via the still-planned Pelosi visit to Taiwan in August. As we’ll explain, China is fully cognizant of the fact that Pelosi is number two in line after Harris should something happen to the increasingly addle-brained Biden. And they don’t buy for a second that Pelosi is operating without the explicit approval of the Administration.

END_OF_DOCUMENT_TOKEN_TO_BE_REPLACED 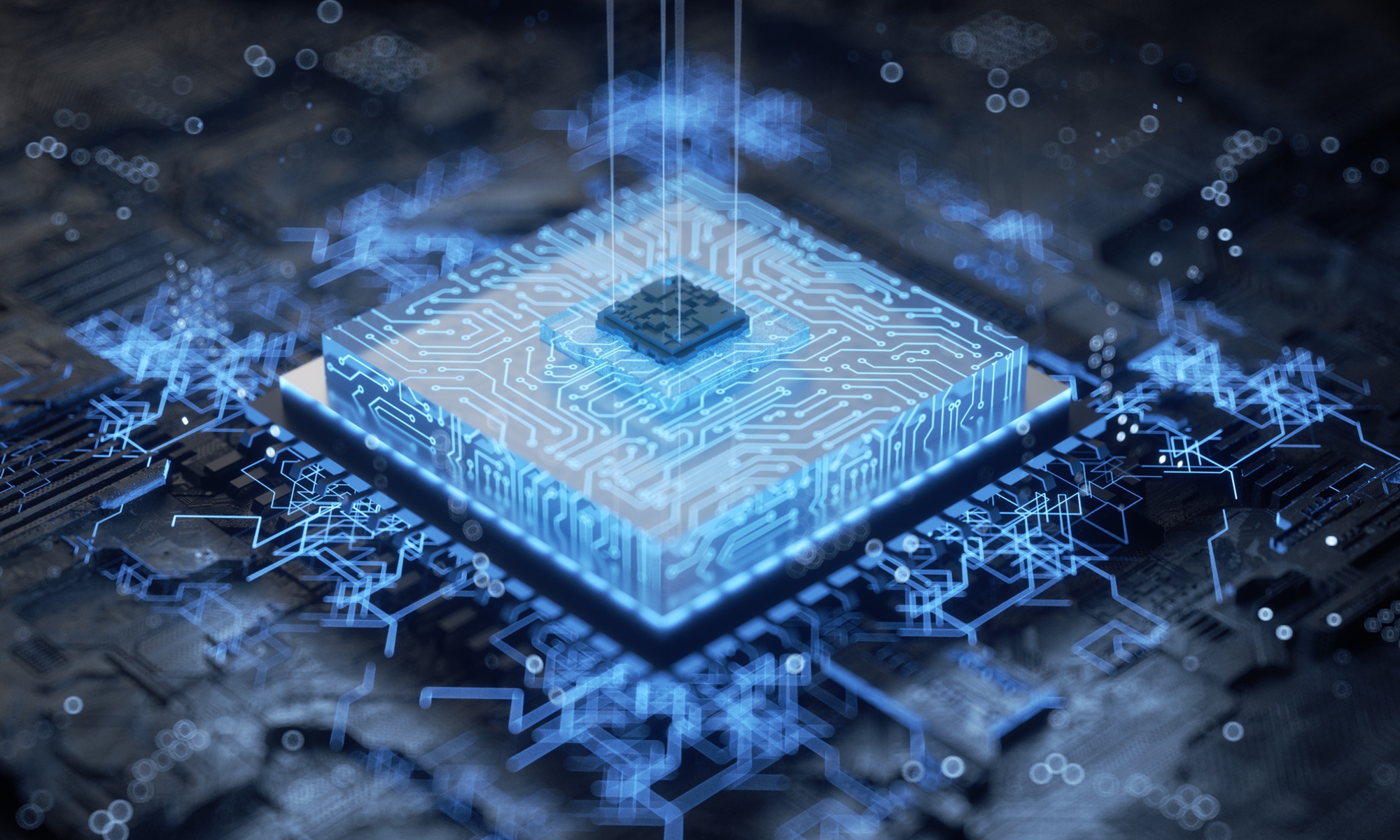 South Korea faces a dilemma of whether to join the US-led semiconductor alliance “Chip 4” or not, as President Yoon Suk-yeol has called for “active diplomacy” with China to ensure there are no misunderstandings regarding its possible participation, the Yonhap News Agency reported.

END_OF_DOCUMENT_TOKEN_TO_BE_REPLACED

The U.S. weapon industry needs U.S. enemies. Without those it is hard to justify an ever growing war budget. The most lucrative enemy, besides Russia, is of course China.

But there is a problem. China has no interest in being a U.S. enemy and certainly not in being THE enemy. In its view that only takes away resources that are better used elsewhere.

END_OF_DOCUMENT_TOKEN_TO_BE_REPLACED

Japan sees an increasing amount of global and regional security risks tied to the ongoing conflict between Russia and Ukraine, as well as the tension around Taiwan, according to the country’s new defense white paper. Tokyo is also concerned about the relationship developing between Moscow and Beijing, the document says.

END_OF_DOCUMENT_TOKEN_TO_BE_REPLACED

Six hundred and twenty thousand civilians died in the Vietnam War, yet they have never received justice… Iraq was invaded, accused of developing weapons of mass destruction, yet this has been shown to be a lie. And for 20 years Afghanistan was a battleground in the war on terror, yet ultimately the Taliban regained power. Lies, self-interest and profit have created a vast web of international conflict, devastating the lands and peoples caught in it. And the responsibility rests with one country alone. The documentary “The Warmonger’s Legacy” reveals the shocking truth. The White House’s policy of unfettered discretion and domination, of unceremonious interference in the internal affairs of other countries, has met an increasingly widespread anti-American backlash.

END_OF_DOCUMENT_TOKEN_TO_BE_REPLACED

US has whipped up war hysteria over satellite image of Russian military camp in Yelnya, over 500 kms from Ukraine border, to allege Moscow’s invasion plans and to justify NATO involvemenT

The “feel-good” from Tuesday’s  virtual meeting between President Joe Biden and President Xi Jinping leaps out of the US-Russian summit in Geneva in June.

Biden’s talks with Russian President Vladimir Putin apparently sought to create a “stable and predictable” relationship with Russia but there is talk of war today.

END_OF_DOCUMENT_TOKEN_TO_BE_REPLACED

(Brian Berletic – NEO) – In what at first glance looked like the European Union getting onboard with the US-led confrontation with China, a recent delegation led by Raphael Glucksmann sent to Taiwan supposedly representing the EU tells a story less of supposed mainland “interference” within the island territory, and instead, a story about US interference within the EU.

END_OF_DOCUMENT_TOKEN_TO_BE_REPLACED

Pentagon whistleblower Franz Gayl has been part of the United States Marine Corps for over four decades. He spent the last months trying to warn U.S. government officials and the public of the threat of becoming entangled in a war with China over Taiwan.