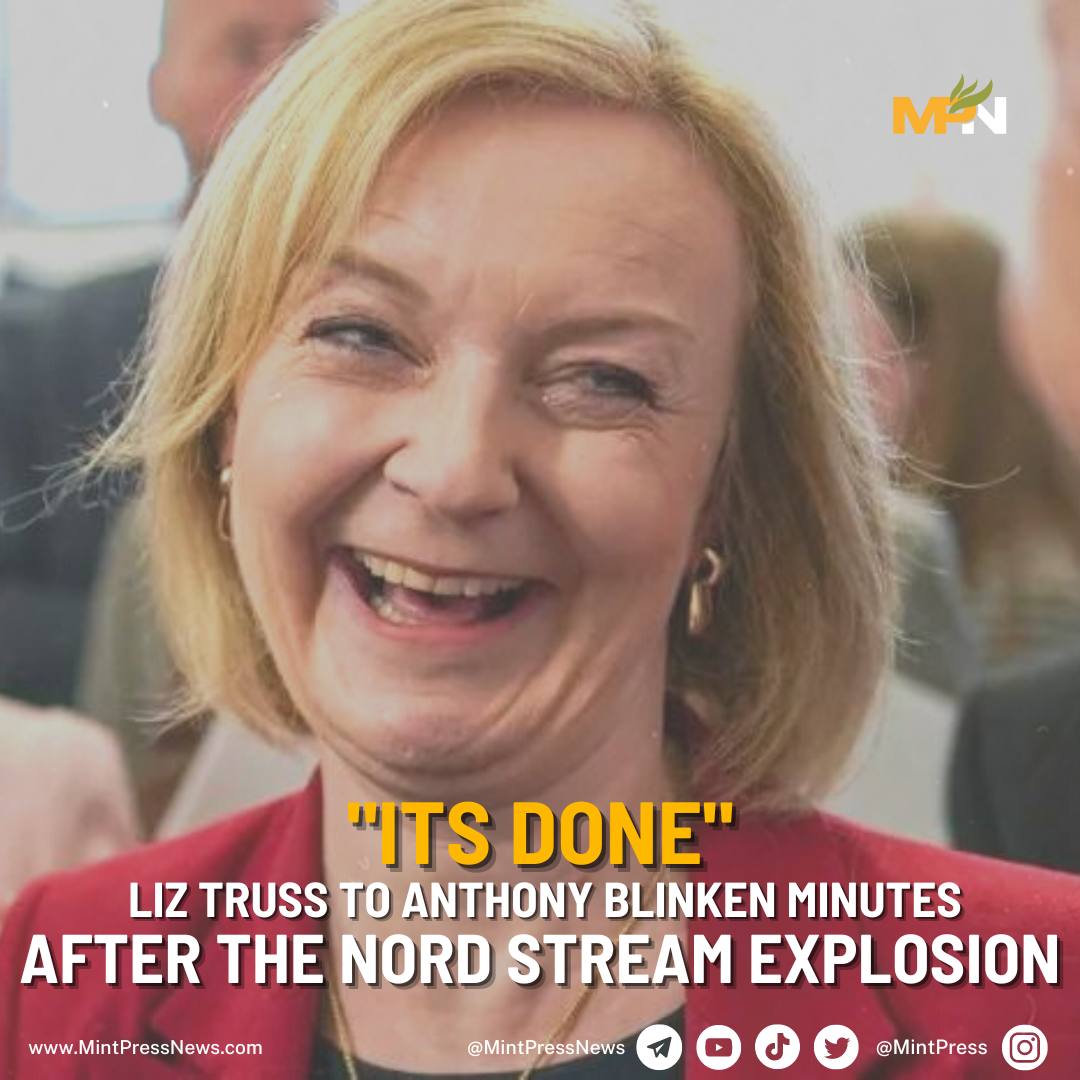 Former British Prime Minister Liz Truss is reported to have texted the words “It’s done” to US Secretary of State Anthony Blinken just minutes after the Nord Stream explosion.

That month, the British Navy trained the Ukrainian military in the use of underwater drones.

Russia has today summoned the British Ambassador to explain. 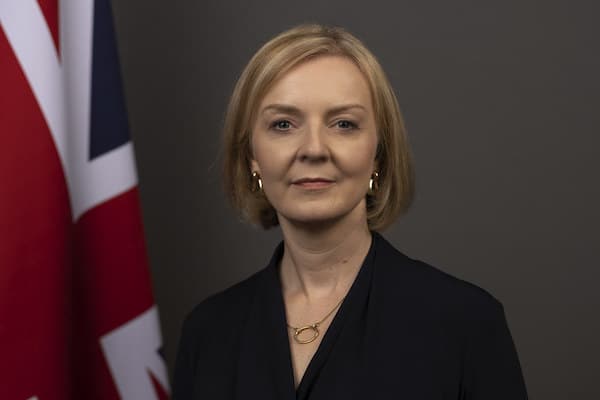 END_OF_DOCUMENT_TOKEN_TO_BE_REPLACED

When an ugly power play marks the end of the career of a phenomenally successful politician, it presents a painful sight. From all accounts in the British press in the most recent weeks, it was clear that the night of the long knives was approaching for the most photogenic prime minister Great Britain and Northern Ireland ever produced — Liz Truss.

END_OF_DOCUMENT_TOKEN_TO_BE_REPLACED

Monday, 5 September 2022 — RT (The source may or may not be available due to erratic Western censorship)

Only 4% of Britons say they are ‘very pleased’ to see Liz Truss become the new prime minister, according to a YouGov poll

Britons do not appear particularly enthusiastic about Foreign Secretary Liz Truss taking over as the new prime minister, a YouGov poll published on Monday suggests. Around half of the people in the UK say they are ‘disappointed’, with one-third ‘very disappointed’.

END_OF_DOCUMENT_TOKEN_TO_BE_REPLACED

Could there be a worse Prime Minister than the boisterous buffoon Johnson? Yes, the dull lampooned Truss. A party which is sacrificed to dumb down society by using the dream of Brexit to prevent a left-wing alternative, ends up paying a high price. First Johnson then Truss. With “no handouts” Truss, the Tory Party is about to elect its final grave digger.

END_OF_DOCUMENT_TOKEN_TO_BE_REPLACED

Incompetent politicians and diplomats are on the level with ill-prepared generals fighting current wars with dated methods.  They err, they stumble, and they may well be responsible for the next idiotic slander, misfire or misunderstanding.  UK Foreign Secretary Liz Truss is synonymous with Prime Minister Boris Johnson’s idea of groping diplomacy.  Graceless, all confusion, and much ignorance besides, she has been given the task of howling in the Kremlin’s direction, warning that no invasion of Ukraine will be tolerated by Global Britain.

END_OF_DOCUMENT_TOKEN_TO_BE_REPLACED

The knowledge and quality of ‘western’ leading officials is of serious concern. They are often politicians with no experience in the fields they are supposed to represent.

Liz Truss, currently the Foreign Secretary of the United Kingdom, is a sad example.

END_OF_DOCUMENT_TOKEN_TO_BE_REPLACED

The senior judge overseeing the extradition proceedings of WikiLeaks publisher Julian Assange received financial benefits from two partner organisations of the British Foreign Office before her appointment, it can be revealed.

It can further be revealed that Lady Emma Arbuthnot was appointed Chief Magistrate in Westminster on the advice of a Conservative government minister with whom she had attended a secretive meeting organised by one of these Foreign Office partner organisations two years before.