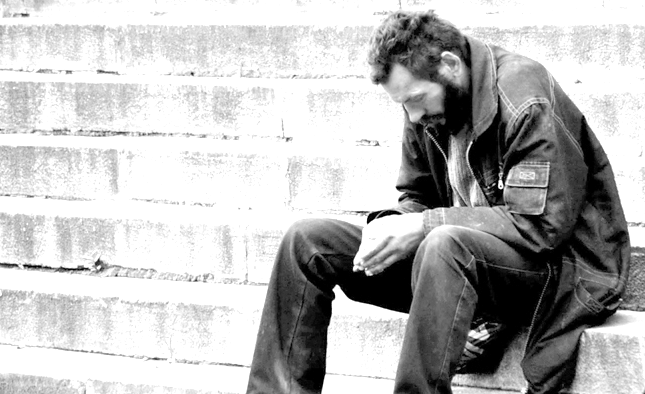 By TruePublica: Welfare Weekly has another story to warm the heart of soulless neoliberals. “Civil servants working for the Department for Work and Pensions (DWP) have been handed over £40 million in performance-related bonuses, despite serious problems with the rollout of universal credit and a startling increase in the number of successful disability benefit appeals.”

But to make matters much worse by rubbing salt into the wound of that statistic comes the news that figures also show DWP ministers spent £35million defending cruel decisions to deny sick and disabled people vital benefits.

With a big pat on the back from the government, those officials must have gone out to celebrate while thousands of universal credit claimants were forced to wait a minimum six weeks for their first payment and then left at risk of becoming homeless because of rent arrears.

Whilst all this money is being thrown around except to those that need it most – technical problems with the universal credit IT software has resulted in … at least £40 million in costs having to be written off.

The human cost to all this is quite astonishing. But it doesn’t end there.

There are so many tragic stories now being told, which is why The Trussell Trust (the charity which runs food banks), homeless charity Shelter, Citizens Advice and so many others are calling for Universal Credit to be stopped until it’s fixed. And it’s not just about universal credit – it’s everything else as well that is causing a new Dickensian era to rise in 21st century Britain, the consequences of which are finally starting to get some coverage.

Back in 2017, there were accusations of “economic murder” in a paper published in the journal BMJ Open. Among its co-authors are academics from University College London, Cambridge University and Oxford University, three of the top academic institutions not just in Britain, but in the world.

The report calculated that there have been 120,000 excess deaths since 2010 when the Conservatives took power, up to mid-2017. The authors even think that number might be 50,000 on the light side.

Last month, TruePublica published an article about an academic paper that claimed that Tory austerity has caused “social murder.” The damning Victorian-era phrase has been revived to describe years of benefit cuts, the benefit cap and ‘fit-for-work’ tests under the government since 2010. Demanding “fundamental change” in welfare policy, its author argues that economic “violence” has been inflicted on the poor to “enrich a small elite”. The 21-page article appears in the journal Critical Social Policy and was written by Dr Chris Grover, head of the sociology department at Lancaster University.

Without a doubt though, this war on the most vulnerable has been at its most vicious when the government decided to restrict access to the long-term sickness and disability benefit known as the Employment and Support Allowance. That report, which TruePublica published, simply entitled – ‘Killed by the State‘ is as shocking as it gets even amongst all the other news of government mismanagement that has led to the deaths of tens of thousands.

“after several freedom of information requests – that show more than 80 people a month are dying after being declared “fit for work” – These are complex figures but early analysis points to two notable facts. First that 2,380 people died between December 2011 and February 2014 shortly after being judged “fit for work” and rejected for the sickness and disability benefit, Employment and Support Allowance (ESA). We also know that 7,200 claimants died after being awarded ESA and being placed in the work-related activity group, by definition, people whom the government had judged were able to “prepare” to get back to work.”

It is not difficult to see what is going on here. The Conservative Party’s much-adored austerity programme, spurred on opportunistically by the great recession has been chipping away enthusiastically over the course of the last eight years, to the detriment of the old, the disabled, the infirm and the poor. It’s an ideologically driven aspiration of theirs to dismantle the welfare state, irrespective of the crisis of daily life it causes to millions.

The statistics for the bottom half of society continue to get worse and worse with each passing day as nearly 50 per cent of households now depend on state aid to survive. Again, it doesn’t end there.

For instance, findings published last June from four think tanks show the NHS also has fewer doctors, nurses, hospital beds and CT and MRI scanners than other countries and spends a slightly below average proportion of national income on healthcare. Once considered the envy of the world, Britain is now the third worst of 18 western countries at preventing avoidable deaths. Again, the Conservatives want the NHS privatised just like the completely failed American model – the worst and most expensive in the Western world. But there’s money in it.

Deregulation, liberalisation, privatisation or fiscal austerity – it’s all the same – it’s about profit and personal gain and it’s failed, the outcomes are now laid bare for all to see. The continually growing economic insecurity and rampantly rising inequality has led directly to the loss of political values. In short, they no longer care as long as it’s about money. But in the end, this form of capitalism – extreme as it has become, accelerates the probability of a populist backlash. And we are seeing it already in the form of a deeply divided nation because of Brexit – a Tory fantasy of former glory versus the reality of the modern world. And thousands have died along the route of their failed experiment as it reaches its nadir.

For the Conservatives, once hailed as the most successful political party in the west, it has led to a bloody civil war within their own party, now heading towards a foreseeable car-crash – probably fatal.

When Brexit happens – whatever that means, daily life will continue and the Tories will forever be blamed for being self-absorbed at a moment of national crisis, whilst managing an industrial economy into the ground and its people into an early grave. Recovery will be long – quite possibly a generation will be badly affected, much as the financial crisis continues to linger a decade after a self-perpetuated and politically facilitated implosion.

In the meantime, falling on hard times in the hands of this government could prove to be fatal because there’s not enough profit in administering the most vulnerable in society.