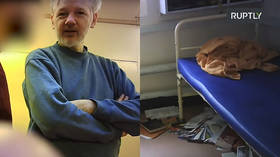 The footage shows Assange, who has visibly lost weight, conversing with what could be his fellow inmates.

The camera then shows a small shabby cell, with books and papers strewn around the floor. While RT can’t independently verify if it was Assange’s own cell, the journalist and publisher is seen walking in the room at the beginning of the video. 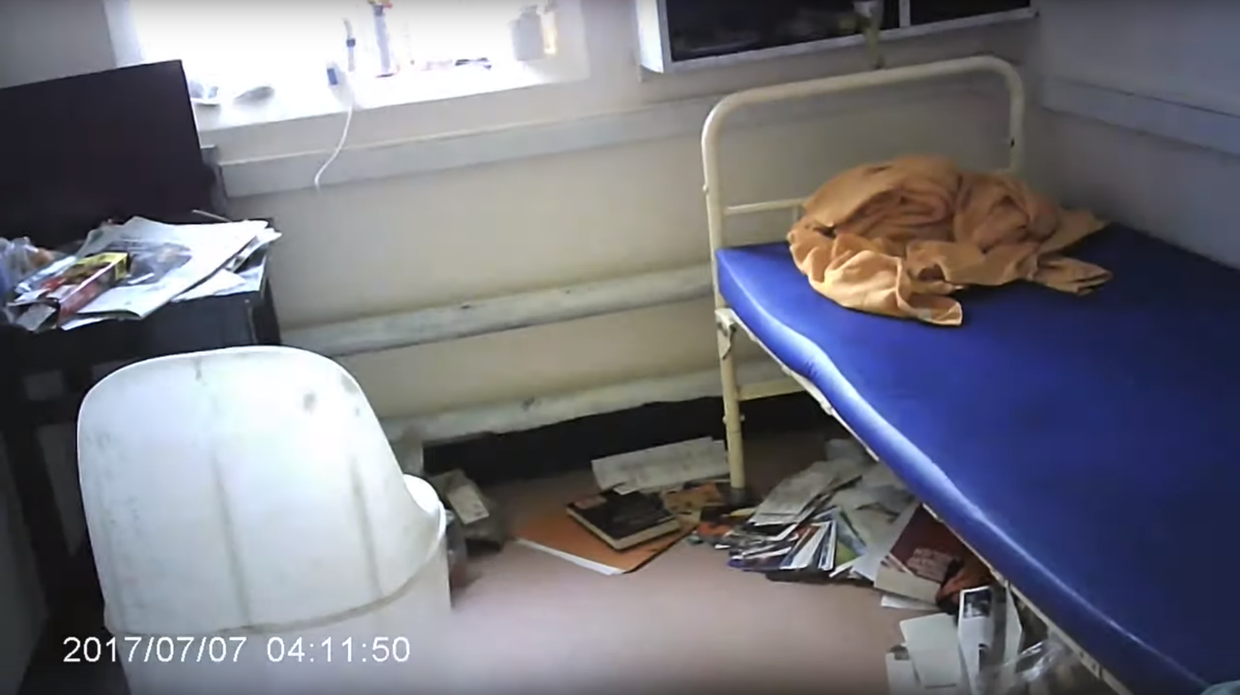 The gloomy video comes a day after a conservative US news outlet the Gateway Pundit published pictures of Assange in prison. The photos are said to have been provided to them by an inmate. Writing for the outlet, journalist Cassandra Fairbanks said they opted not to share images of his cell due to privacy concerns.

Assange’s health deteriorated rapidly at the end of May, and he is said to have been moved to the hospital wing of the Belmarsh prison.

His fate is in limbo while the UK reviews extradition requests from the US and Sweden. In the US, Assange now faces 18 charges, totaling a maximum sentence of 175 years in prison. Those are based on his work with whistleblower Chelsea Manning, who leaked the infamous “Collateral murder” video, exposing American war crimes in Iraq via the whistleblowing website.

In Sweden, prosecutors reopened a case based on allegations of non-consensual sex after Assange was stripped of Ecuadorian asylum and dragged out of its London embassy on April 11. Earlier this week, a Swedish court rejected a request to detain Assange in absentia. The WikiLeaks co-founder and his team maintain that the end goal of the Swedish case is extradition to the US.