At Julian Assange’s extradition hearing today at Westminster Magistrates’ Court in London, which Assange attended via videolink from HMP Belmarsh, the full substantive proceedings were scheduled for five days in February 2020. Assange will also have a hearing in October this year.

Assange’s lawyers say he is ‘resident in health care; at Belmarsh prison. He has no access to a computer and court documents have to be sent to him by post.

Assange speaks to deny that he is charged with computer hacking. CPS lawyer refers to count 18 on the indictment: conspiracy to commit computer intrusion. He is told he will be back in court in October.

Assange hearing ends. His lawyers say he will be appealing against his sentence for the bail offence.

Lawyers do not have sufficient access to #Assange, says @suigenerisjen We cannot get him papers. It takes weeks to reach him. He has no computer to prepare or read materials. It’s such a serious extradition case, raises such fundamental questions about journalistic protections.

I was in court for Julian #Assange’s extradition hearing before a judge whose husband was a Tory defence minister. “My life is at stake,” said a fragile Julian by video link from prison. Denied a computer, he is prevented from preparing his own defence. Such is British “justice”.

Pilger spoke to RT after the hearing: 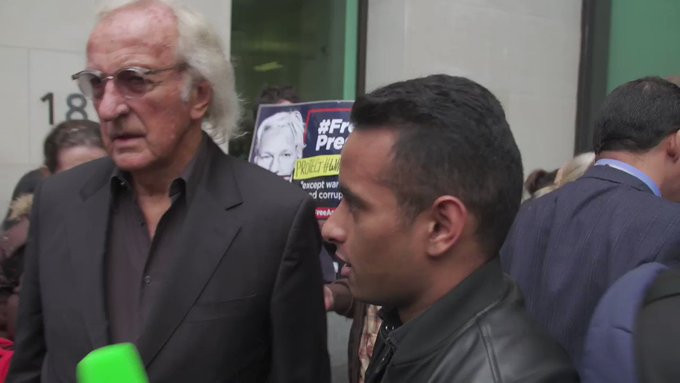 “Julian Assange was shaky…what we saw was clearly an ill man. This is OUTRAGEOUS not justice!” 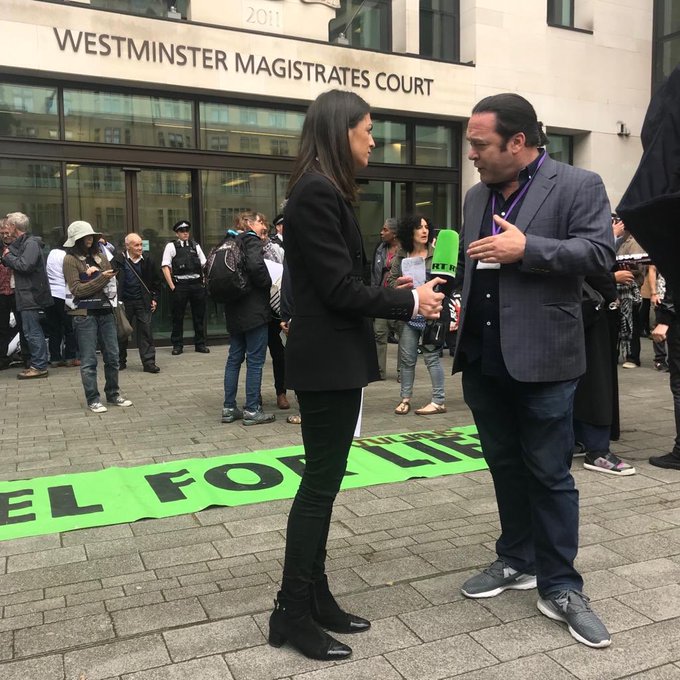 I was in Court Room No.3 for #JulianAssange US extradition hearing at Westminster Magistrates Court in London. The following are some of my observations from today’s proceedings…#WiliLeaks #AssangeHearing

Assange, 47, told Westminster magistrates via video link that “175 years of my life is effectively at stake” and defended his website against hacking claims, saying: “WikiLeaks is nothing but a publisher”.
Mark Summers QC, representing Assange, told the court there were a “multiplicity of profound issues” with the extradition case.

But Ben Brandon, representing the US, said the case relates to “one of the largest compromises of confidential information in the history of the United States”.
…
Speaking outside the court after the hearing, Jennifer Robinson, a lawyer representing Assange, warned the US indictment would “place a chilling impact” on journalism and publishers “all over the world”.

She said the US was seeking Assange’s extradition for publishing “truthful information about the United States”, including “evidence of war crimes, human rights abuse and corruption the world over”. 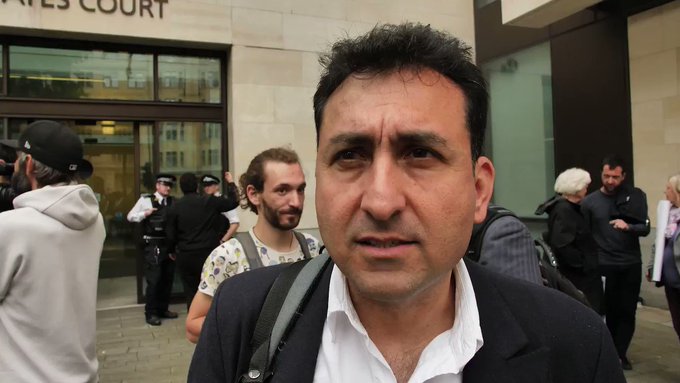 Video: Fidel Narvaez, former Consul at #Ecuador embassy London “The protection he got from my country, was exactly to avoid this situation” #WikiLeaks #Assange #FreePress

Lauri Love spoke about what’s at stake in Assange’s case: 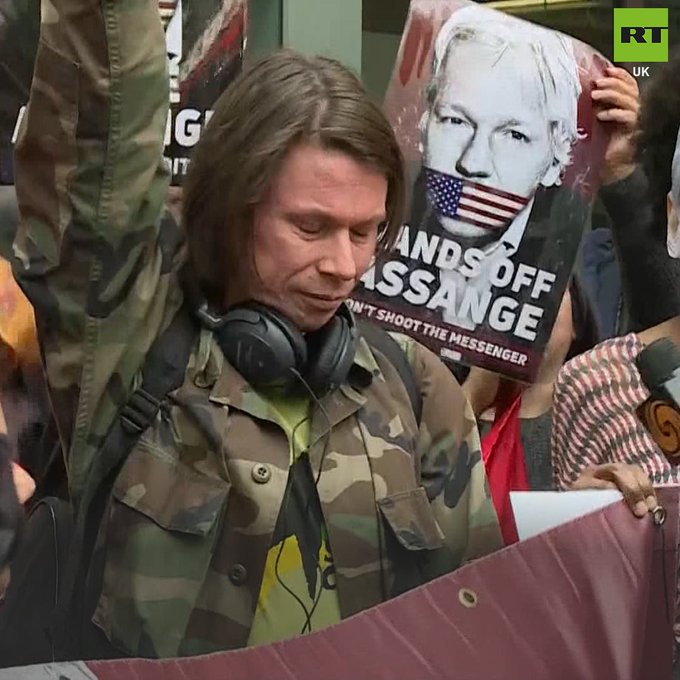 An emotional Lauri Love, who fought and won against extradition to the US, says if Julian Assange is sent to the US ‘none of us should be able to live with ourselves’. 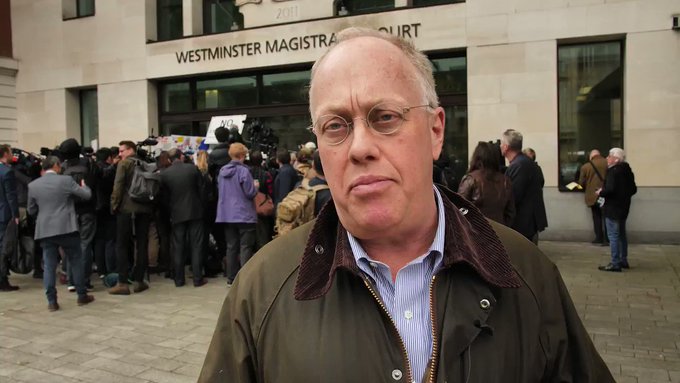 “An utterly terrifying moment” @ChrisLynnHedges on the legal precedent being set, should Julian #Assange be extradited to the US for @WikiLeaks publications of classified information exposing corruption, human rights abuses and crimes of war. 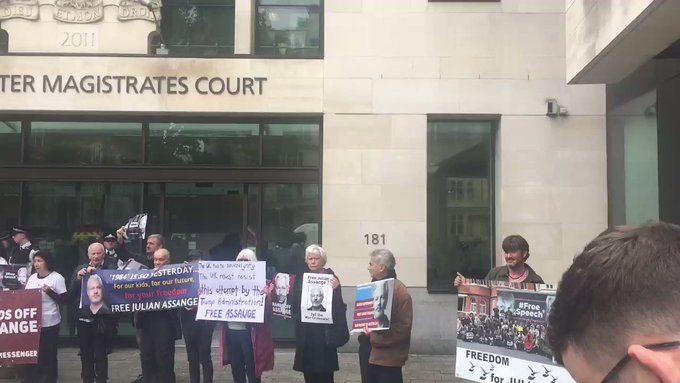 “If extradited to the US, Julian Assange would be prosecuted and potentially imprisoned for exposing human rights violations committed by the US Government and military.

It would be the first time that the Espionage Act has been used in the United States to prosecute a journalist for publishing information that was truthful and in the public interest.

The UK should not be complicit in this assault on press freedom, which would set a dangerous precedent for investigative journalists and whistleblowers in the UK, US and beyond.”

In light of the UK home secretary’s worrying decision to sign a US extradition order for Julian Assange, PEN International and English PEN said:

‘PEN International and English PEN are disappointed by Sajid Javid’s decision to sign a request for Julian Assange to be extradited to the United States, particularly as he could face the risk of serious human rights violations. It took Javid only two months to rule on this request, in sharp contrast to other extradition cases where the Home Office took several years examining the case, before signing the order. Once again, we urge the judicial authorities in the UK not to extradite Assange to the US, as the charges are far-reaching and set a dangerous precedent that could affect the legitimate work of journalists and publishers everywhere.’

MEAA and other journalist unions put forth a motion opposing Assange’s indictment and extradition: 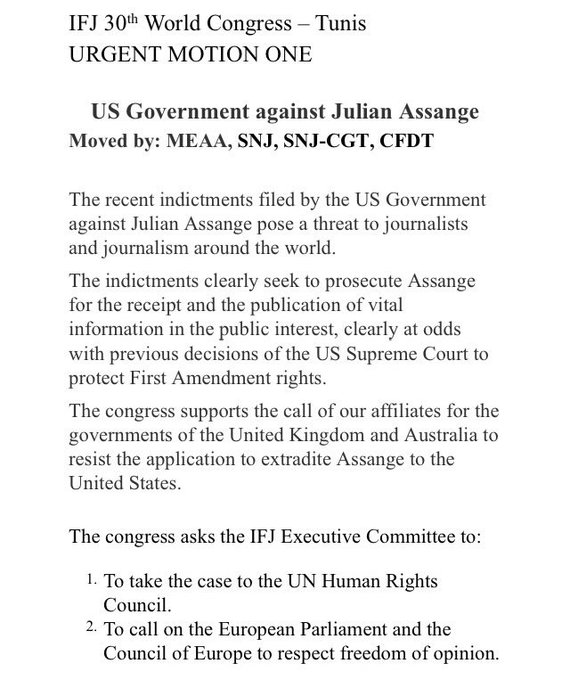 A motion from @withMEAA and other journalists unions regarding the extradition and prosecution of Julian Assange has been passed at #IFJTunis. Thanks to our @IFJGlobal colleagues for their support.

CIA whistleblower John Kiriakou recently spoke to Sky News, explaining that in the US, Julian Assange would not receive a fair trial:

Mr Kiriakou told Sky News he does not think Julian Assange will receive a fair trial if he is extradited to the United States, and says ‘no national security defendant has ever won a case in this courtroom.’

The former intelligence officer says if Mr Assange goes to trial ‘it will be a case that future generations of law students study.’

He says the press ‘keeps the government honest’, and the Australian’s case is an infringement on basic rights of freedom of speech and freedom of press.