In 2017, Issa Shivji delivered the Harold Wolpe Memorial Lecture at the University of Witwatersrand in Johannesburg, South Africa. Issa, who taught at the University of Dar es Salaam (Tanzania) for decades, reflected on the idea of revolutionary intellectuals. He remembered a lecture given by Ali Mazrui fifty years previously, where Mazrui defined an intellectual as someone who is fascinated by ideas. ‘Even a clown is fascinated by ideas’, yelled out one of the students.

In the early years of the Soviet Republic, Anatoly V. Lunacharsky – the Bolshevik Soviet People’s Commissar of Education – wrote an essay called ‘We Will Laugh’ (1920). The people had overthrown the Tsar and his Empire, ‘a gigantic enemy’. This great victory had to be celebrated, but – Lunacharsky warned – ‘we are entangled by the miasmas of the old culture that poison all our air, when that enemy still triumphs all around us, waiting for the moment to inflict a new blow, in this time, without dropping our swords from one hand, we take in our other a weapon that is already sharp: laughter’. Lunacharsky made two important points here: one, that the tentacles of the old culture pushed past the revolutionary current and continued to try and suffocate human progress, and two, that the people had to respond with their new-found power but also with joy, the energy that gives people confidence.

Last month, the team of Tricontinental: Institute for Social Research met in South Africa, where we spent a week going over our agenda, refining our organisation, and making sure that we have the energy of laughter on our side. In these past twenty-two months, we have produced a formidable amount of material:

One of Lunacharsky’s great insights is that it is in the domain of culture that revolutionary movements flounder, for it is the rigidities of old cultural hierarchies that resist revolutionary change; it is important for revolutionaries to sharpen their understanding of these rigidities and learn to overcome them, to laugh our way to a new world. So much of the agenda of Tricontinental: Institute for Social Research is to study these rigidities and the new cultural formations that draw in the oppressed and exploited. Amongst these new formations are the piety movements (from the neo-Pentecostal churches to the Tablighi Jamaat, a Muslim piety movement). These new developments have swept aside working-class cultural institutions created as part of the trade union and left movements. The working class, the discarded workers, the urban poor, and the dislocated rural workers become part of these new formations, which offer them resources that are often reactionary, with patriarchy at their core.

Central to our research agenda is to study the structure and consciousness of these key classes by looking at the disarticulation of capitalist production and the increased fragmentation of the culture of the working-class and peasantry. We are interested, therefore, in both the cycles of accumulation of capital and in the construction of social rigidity and conservatism. 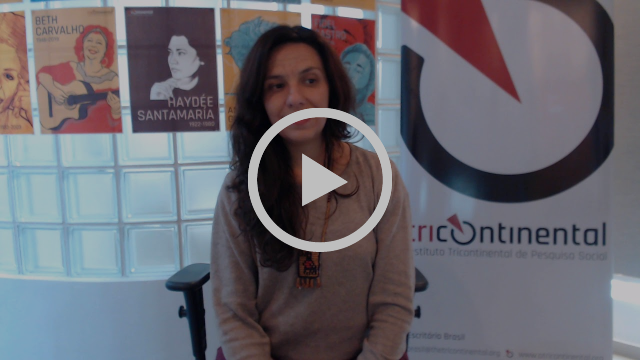 Olivia Carolino Pires, economist at the Brazil office of Tricontinental: Institute for Social Research speaks – in French – about our work, which she has written about here.

Released this week, Dossier no. 22 (November 2019) – Latin America and the Caribbean: Between the Neoliberal Offensive and New Resistances – offers a window into our work plan and into the three main planks of our research agenda:

This Dossier is an invitation to dialogue. We are eager to hear from you about our research, about refining our concepts, about helping us open up our imagination towards the future. 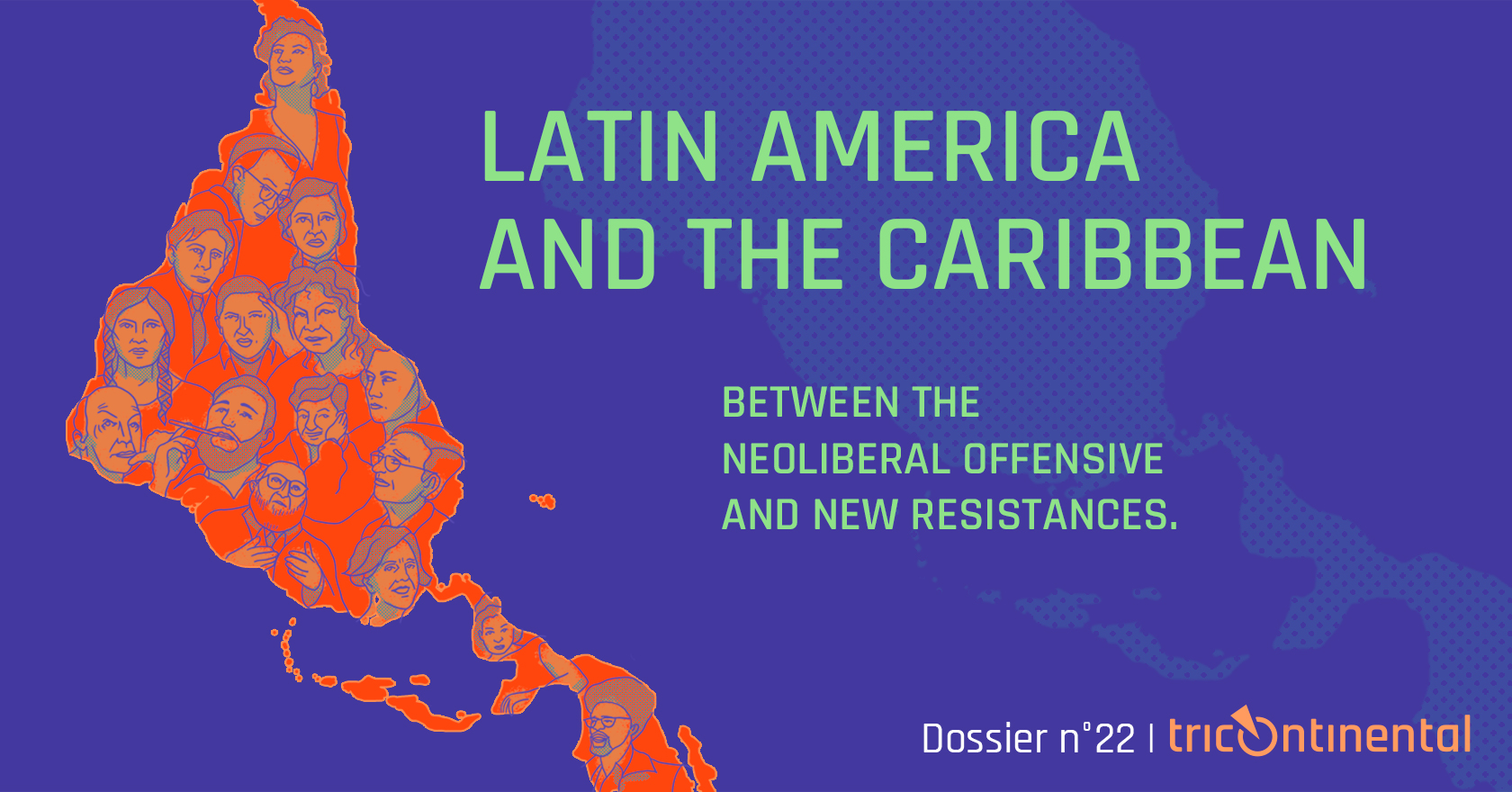 We often hear from you – offers to help in our research and to help us with translations. This solidarity work is essential to the way we function. Thus far, we have not come to you asking for any support beyond solidarity work. Now, on our website, you will find a ‘DONATE’ button at the bottom of the page. Please go there, and let others know where to go. No collective project such as this can function without your participation. 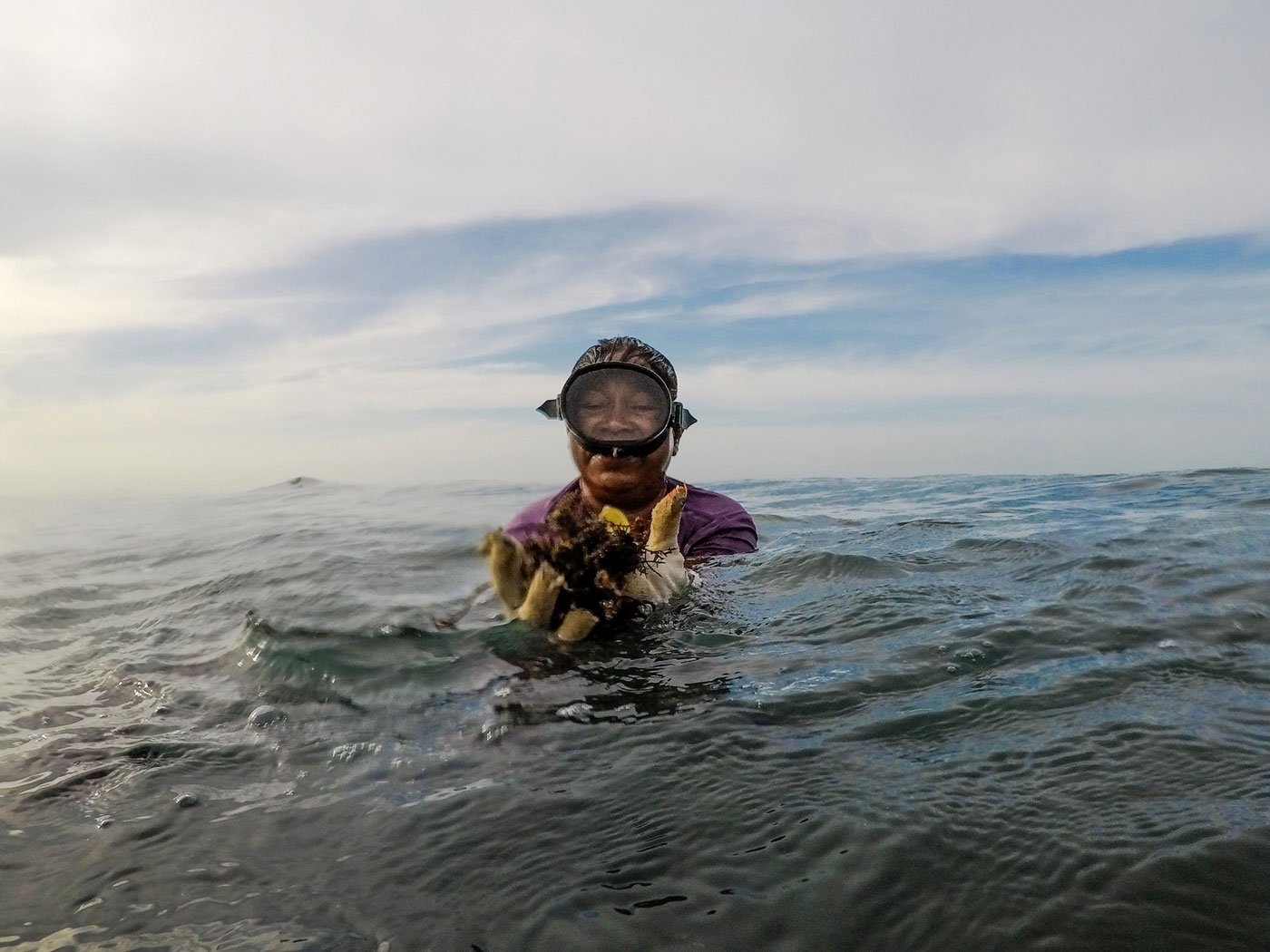 M. Palani Kumar is a 2019 fellow at the People’s Archive of Rural India (PARI). He has just published a story on women workers who dive off the coast of Tamil Nadu to collect seaweed. They spend almost ten hours a day in and out of the waves, diving to the bottom of the seabed, bringing up various forms of seaweed, which they sell for a pittance to industries that use them for a range of products. Kumar used a Nikon camera wrapped in plastic to get his underwater shots. Without them, it is impossible to imagine these miners of the seabed. Rising sea waters have made their labour much harder, and it has also meant a lower yield for them.

These women – A. Mookupori, P. Raniamma, S. Amritham – provide the raw material for a value chain that runs from the seabed to the grocery store. Their daredevil labour – like the ‘artisanal miners’ in the cobalt mines of the Democratic Republic of the Congo – is the most dangerous and least valued, and it is now under immense pressure from rising sea waters.

PARI was founded by Tricontinental: Institute for Social Research Senior Fellow P. Sainath, whose two stories formed our Dossier no. 21 – The Neoliberal Attack on Rural India (October 2019). Of the two stories, one is about the desiccation of the land in Andhra Pradesh; the other is about an all-women cooperative in Kerala. 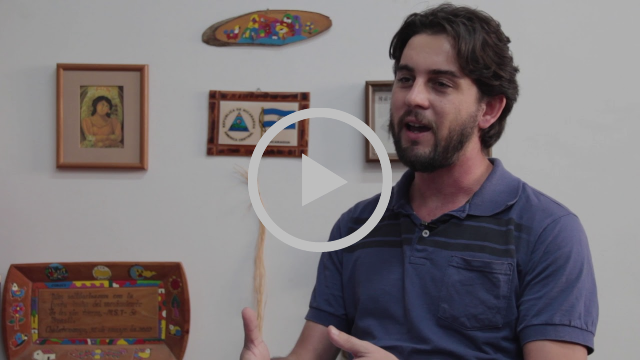 Matheus Gringo – of the Brazil office of Tricontinental: Institute for Social Research – explains the main points from Dossier no. 21

Drawing from the Kerala experience, Sainath offers a quick three-point programme to reverse the agrarian calamity: 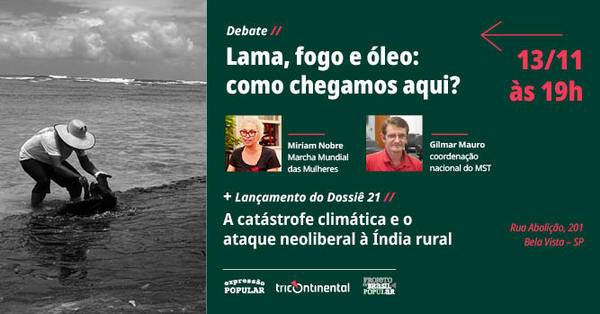 If you are in São Paulo (Brazil), please join us for the release of Dossier 21 with a discussion alongside Gilmar Mauro (of the MST) and Miriam Nobre (of the World March of Women). They will look at the destruction of the Amazon (document in our Dossier no. 14) and ask the question, Mud, Fire, and Oil: How did we get here? 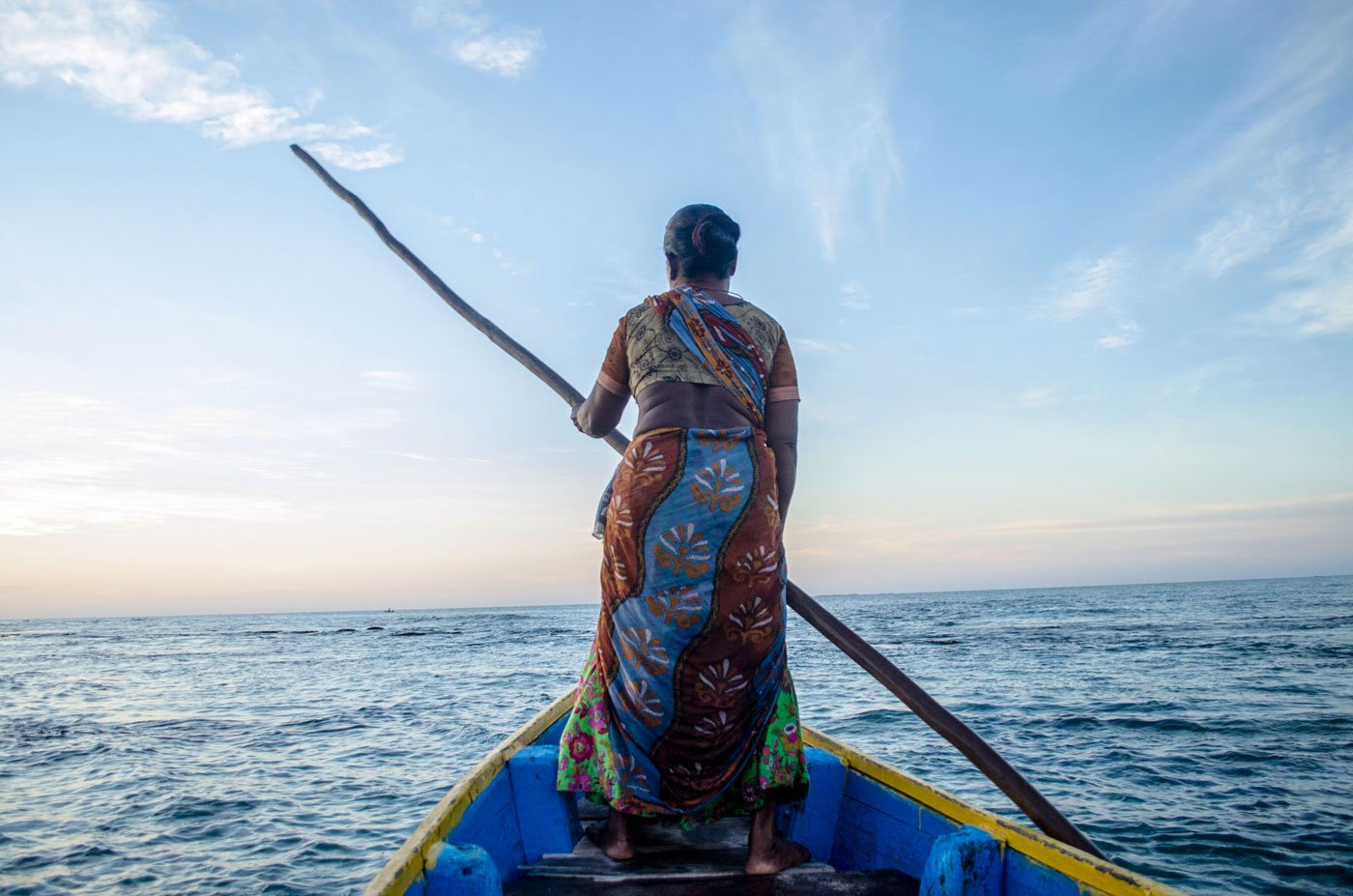 Last month, the UN’s Food and Agricultural Organisation (FAO) released an important report called The Global Economy of Pulses (pulses are a type of legume, including beans and lentils). The report was co-edited by Dorian Kalamvrezos Navarro, the chief statistician of the FAO, and Vikas Rawal, Professor of Economics at Jawaharlal Nehru University in New Delhi. Vikas is a key part of the work of the Indian office of Tricontinental: Institute for Social Research. There are several key findings in the report, but of them I want to emphasise the following:

The Green Revolution approach promised to end hunger, but it did not; it exacerbated inequalities on the fields largely because it argued for a merely technological as opposed to a social and technological revolution in agriculture. The proponents of the technological approach would say, ‘we’d rather have a Green Revolution than a Red Revolution’. Technology is important, no doubt; but the main focus has to be on the transformation of the social relations of production – on land reforms, on a better organisation of resources for agriculture, on a better way for food to reach people. 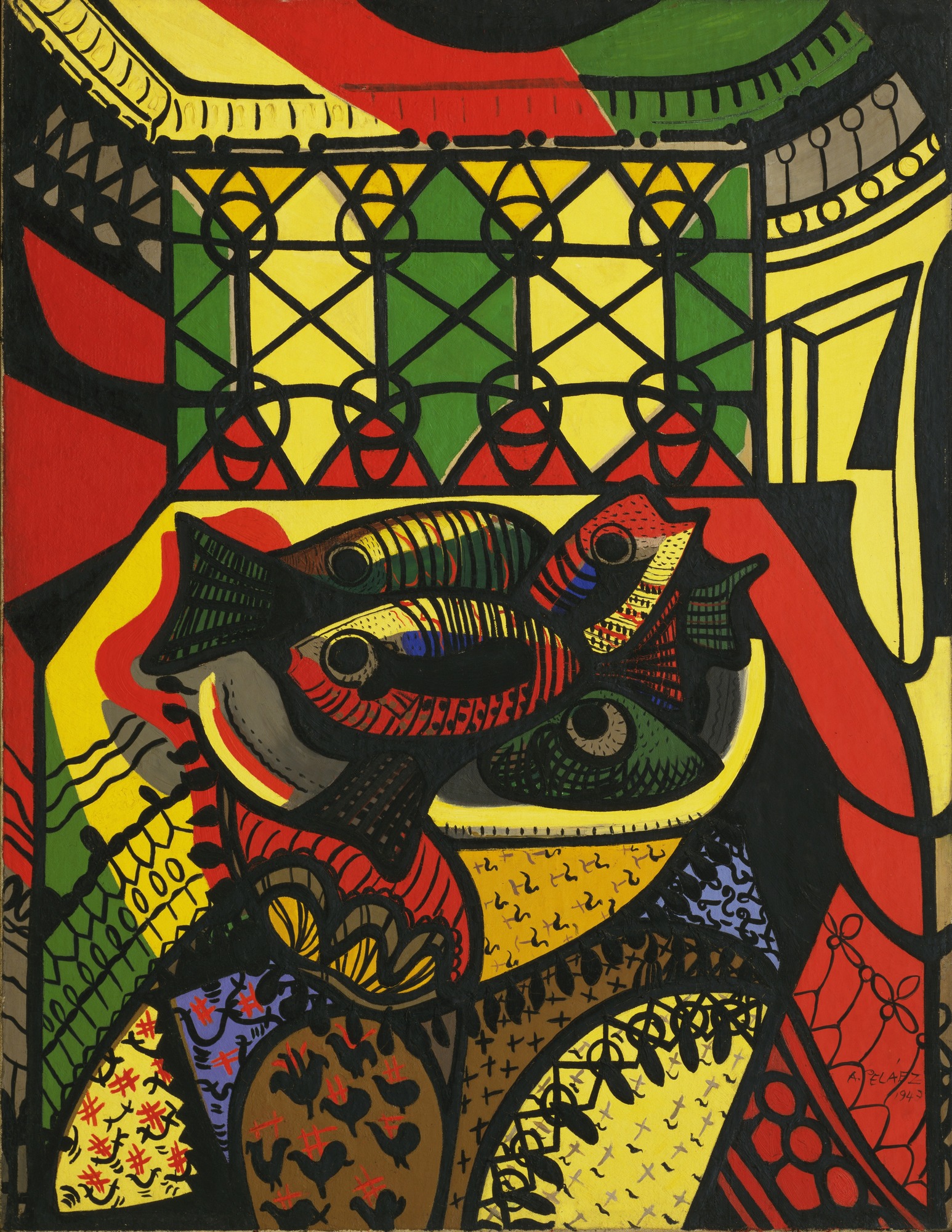 One indicator of capitalism’s failure to manage food production is that – according to the FAO – a full third of global food production (1.3 billion tonnes per year) is lost or goes to waste. The FAO has developed new indices – the Food Loss Index and the Food Waste Index – to keep track of this abomination. ‘How can we allow food to be thrown away when more than 820 million people in the world continue to go hungry every day’, asks FAO Director-General Qu Dongyu

We allow it because the system says that only those with money can eat. The name of the system is capitalism. It is inhumane to its core. It suffocates laughter.