WikiLeaks founder Julian Assange attended a procedural hearing at Westminster Magistrates Court in London via video link on Monday. He is required to appear before the court every 28 days in the run-up to US extradition hearings in February.

The protest outside the court

END_OF_DOCUMENT_TOKEN_TO_BE_REPLACED

Claims that President Bashar al-Assad’s forces have used chemical weapons are almost as old as the Syrian civil war itself. They have produced strong reactions, and none more so than in the case of the alleged attack in April last year on the opposition-controlled area of Douma near Damascus in which 43 people are said to have been killed by chlorine gas. The United States, Britain and France responded by launching airstrikes on targets in the Syrian capital.

END_OF_DOCUMENT_TOKEN_TO_BE_REPLACED 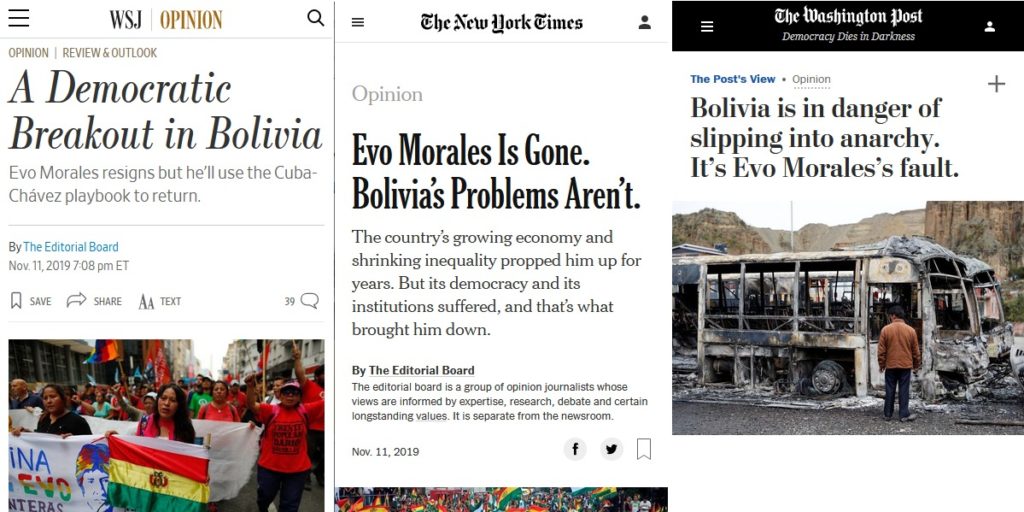 To endorse the coup in Bolivia, numerous editorials in major US media outlets paint President Evo Morales as undemocratic. Exhibit A in their case is the Organization of American States’ (OAS) claims that there was fraud in the October 20 Bolivian election in which Morales was elected for a fourth term. They also argue that he should not have been allowed to run again in the first place.

END_OF_DOCUMENT_TOKEN_TO_BE_REPLACED

Is this our last chance before the darkness falls?

This is probably the most difficult piece I’ve ever had to write, at least about the Labour Party. My feelings about Corbyn and the Labour Party are on record, here, here, here and here, to name a few. The Labour Party is a party of Imperialism and always has been since its inception, well over a century ago. Even its high point in 1945, with the creation of the welfare state, occurred through pressure from below and just as today, capitalism was bankrupt and in crisis. The Labour government, in return for the Welfare state, saved capitalism from revolution (or collapse). The gains made during that critical period following WWII lasted about thirty years before the lords of capital started taking back what ‘we’ had tried to take from them and by 1975 we were clearly not equipped to resist. In part, the Labour Party was directly responsible, in fact it was party to the attacks on the Welfare state and the working class.