One of the annoying things about continuing to write about the OPCW/Douma scandal in the near-total absence of mainstream media coverage is the fact that it’s difficult for a new reader to just jump in on this developing story without having followed it from the beginning. There are a lot of details to go over to introduce someone to the story, and if I repeat them every time I write an article on the subject I’m twelve paragraphs in before I get to the new developments, and by that time I’ve bored all the readers who didn’t need the introduction. I’m sure other alternative media figures commenting on this story have encountered the same problem.

END_OF_DOCUMENT_TOKEN_TO_BE_REPLACED 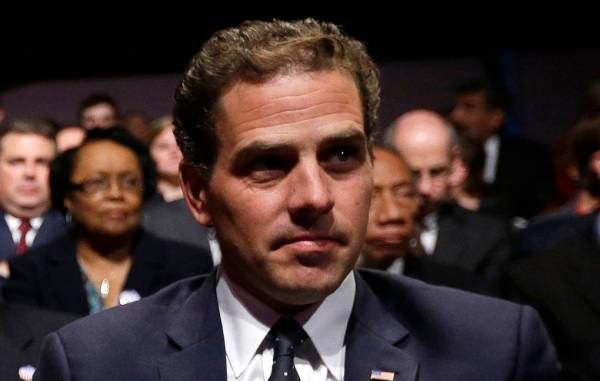 The Ukrainian Office of the Prosecutor General has drawn up an indictment against the owner of the Burisma Holdings energy company, ex-Ecology Minister Nikolai Zlochevsky, that contains information that the son of former US Vice President Joe Biden, Hunter, as a Burisma board member along with his partners, received $16.5 million for their services, Ukrainian Verkhovna Rada MP from the ruling Servant of the People party Alexander Dubinsky told a press conference on Wednesday, citing the investigation’s materials. According to him, the money came from duplicitous criminal activity.

END_OF_DOCUMENT_TOKEN_TO_BE_REPLACED

The New York Times has once again exposed itself as an organ of US special interests operating under the guise of journalism – contributing to Wall Street and Washington’s ongoing and escalating hybrid war with China with a particularly underhanded piece of war propaganda.

END_OF_DOCUMENT_TOKEN_TO_BE_REPLACED

The UK’s chief rabbi, Ephraim Mirvis, caused yet another headache for Labour this week when he accused Jeremy Corbyn of allowing “a poison sanctioned from the top” to take root in the party. Although he didn’t explicitly tell people not to vote Labour, it was easy to read between the lines when Rabbi Mirvis mused, “what will happen to Jews and Judaism in Britain if the Labour party forms the next government?”

END_OF_DOCUMENT_TOKEN_TO_BE_REPLACED

The U.S. has claimed that the Russia government tried to influence the 2016 election through Facebook and Twitter.

Russia supposedly did this through people who worked the Internet Research Agency (IRA) in St. Petersburg (Leningrad), Russia. The IRA people ran virtual persona on U.S. social networks which pretended to have certain political opinions. It also spent on advertising supposedly to influence the election. U.S. intelligence claimed that the purpose of the alleged Russian influence campaign was to “sow discord” within the United States.