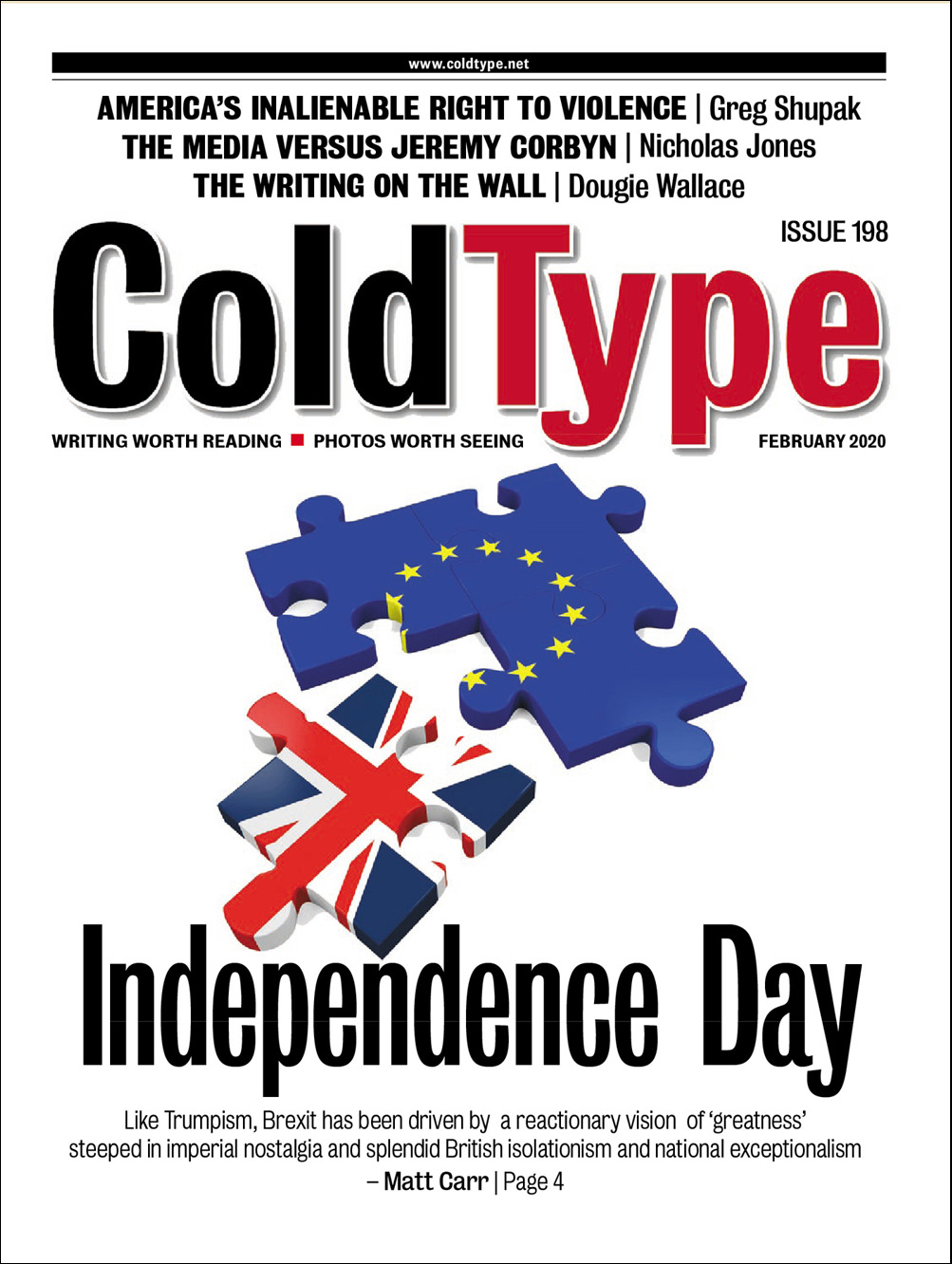 BREXIT IS HERE and we lead this issue with what should  – but won’t – be our final words on the matter, from Matt Carr, who looks at the ‘imperial nostalgia’ that drove Boris Johnson and his chums to Britain’s ‘escape’ from Europe, and examines the long road the country faces before it becomes ‘half-decent’ again. We also have an associated story from Nicholas Jones, who uses newspaper layouts to examine the role played by the mainstream media in demonising Jeremy Corbyn in the build-up to the election that brought Johnson to power. This issue also features stories on a BBC reporter accused of antisemitism, the ‘mainlanding’ of Guantanamo Bay, Prince (the singer, not the others), the US’s right to violence, Boris Johnson’s film factory, ethical British prison inmates, the never-ending war in Libya, the fate of Donald Trump, and a six-page spread of photographs from Dougie Wallace’s new photobook. Writers include George Monbiot, CJ Hopkins, Greg Shupak, Jonathan Cook, Maarten Wensink, Vijay Prashad, Caitlin Johnstone, and Graham Vanbergen.

All 199 issues of ColdType are available at
www.issuu.com/coldtype