According to a March 20 – 26 online survey of over 250 companies of varying sizes and business sectors, outplacement firm Challenger, Gray & Christmas reported that nearly half the number surveyed are likely to lay off workers over the next three months. Over one-third (37%) of companies instituted a hiring freeze. The St. Louis Fed projects unemployment potentially reaching 32% of the US workforce, a loss of 47 million jobs if things get this bad.

END_OF_DOCUMENT_TOKEN_TO_BE_REPLACED

The day after I publish my article accusing the corporate media of being an active part of the conspiracy against Alex Salmond, and of giving disgracefully selective, slanted and biased coverage of the evidence of his trial, the Daily Record has decided to investigate my home and personal finances. Is not life full of little coincidences?

END_OF_DOCUMENT_TOKEN_TO_BE_REPLACED

In the face of the coronavirus pandemic, the most immediate objective is to slow its spread, minimise the death toll and help people through the crisis.  But, despite government promises to support citizens who are now losing their jobs and income, the underlying establishment concern will be as it always has been: to preserve the global inequitable system of wealth and power.

END_OF_DOCUMENT_TOKEN_TO_BE_REPLACED 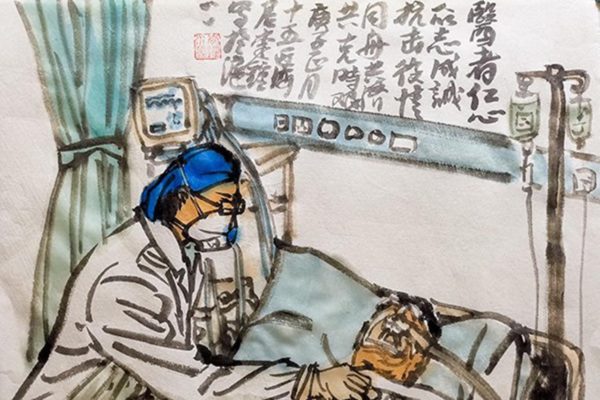 For nearly four decades the United States and its Western allies have proclaimed to the world that “there is no alternative” to neoliberalism, maligning the state and public sector as inefficient and unproductive. If the 2008 financial crisis loosened this myth’s stranglehold on notions of what is possible, the current coronavirus pandemic has shattered it.

END_OF_DOCUMENT_TOKEN_TO_BE_REPLACED

While the public’s eyes are riveted on the progression of coronavirus numbers, a profound reorganization of the executive is taking place, giving primacy to senior health officials over policy. In the shadows, bankers and soldiers are agitating in the hope of confiscating power for their own benefit.

END_OF_DOCUMENT_TOKEN_TO_BE_REPLACED

Under the consistent (sic) hand of helmsman Trump, official estimates for the death toll in the USA are ranging up to 200,000. More worrying from the perspective of profits, talk is now centring on the probability of a six month lockdown. If the economy of the USA collapses while China’s recovers, then the US’s global economic hegemony will be at an end. What would have taken years, has been achieved in months.

END_OF_DOCUMENT_TOKEN_TO_BE_REPLACED

An open letter to the Chancellor of Germany

A 22 person team from Police Scotland worked for over a year identifying and interviewing almost 400 hoped-for complainants and witnesses against Alex Salmond. This resulted in nil charges and nil witnesses. Nil. The accusations in court were all fabricated and presented on a government platter to the police by a two prong process. The first prong was the civil service witch hunt presided over by Leslie Evans and already condemned by Scotland’s highest civil court as “unlawful, unfair and tainted by apparent bias”. The second prong was the internal SNP process orchestrated by a group at the very top in SNP HQ and the First Minister’s Private Office. A key figure in the latter was directly accused in court by Alex Salmond himself of having encouraged a significant number of the accusers to fabricate incidents.

END_OF_DOCUMENT_TOKEN_TO_BE_REPLACED

The official figures for 24 countries across Europe show, not only that overall mortality is not increasing, but – so far – it is actually well below recent averages.

END_OF_DOCUMENT_TOKEN_TO_BE_REPLACED

By Rob Woodward – TruePublica: Peter Theil is the co-founder of PayPal and Palantir Technologies. Palantir is a data-mining company – nice words for it activity of surveillance and espionage. Their activities have been found in the past to breach all sorts of privacy laws. Its algorithms vacuumed up emails and browser histories, GPS locations from smartphones, printer and download activity, and transcripts of digitally recorded phone conversations. They comb through financial documents, airline reservations, cellphone records, social media postings—and searches for personal and business connections and work places and at home.

END_OF_DOCUMENT_TOKEN_TO_BE_REPLACED

By TruePublica: No-one in the mainstream media has made mention of what has happened here. Everyone has remained silent. No public figure of significance has raised an eyebrow. Everyone has gone along with this. Even human rights and civil liberty NGO’s have been motionless by what can only be described as a huge assault on the fundamental freedoms, of movement and assembly in Britain, made by the Johnson government. And why was so much authority needed by this government in the Coronavirus Act right now when they took no heed of the warnings of others about this crisis? It’s because they’ve now understood the opportunity it presents.

END_OF_DOCUMENT_TOKEN_TO_BE_REPLACED

If all country pandemics were the same, then the figure below would be how this pandemic will come to an end.  The start-to-peak ratio of Covid-19 infections for all countries would be 40-50 days. Many countries are not yet near the peak point and there is no guarantee that the peak will at the same time point, if mitigation and suppression methods (testing, self-isolation, quarantine and lockdowns) are not working similarly.  But ultimately, there will be a peak everywhere and the pandemic will wane – if only to come back next year, maybe.

END_OF_DOCUMENT_TOKEN_TO_BE_REPLACED 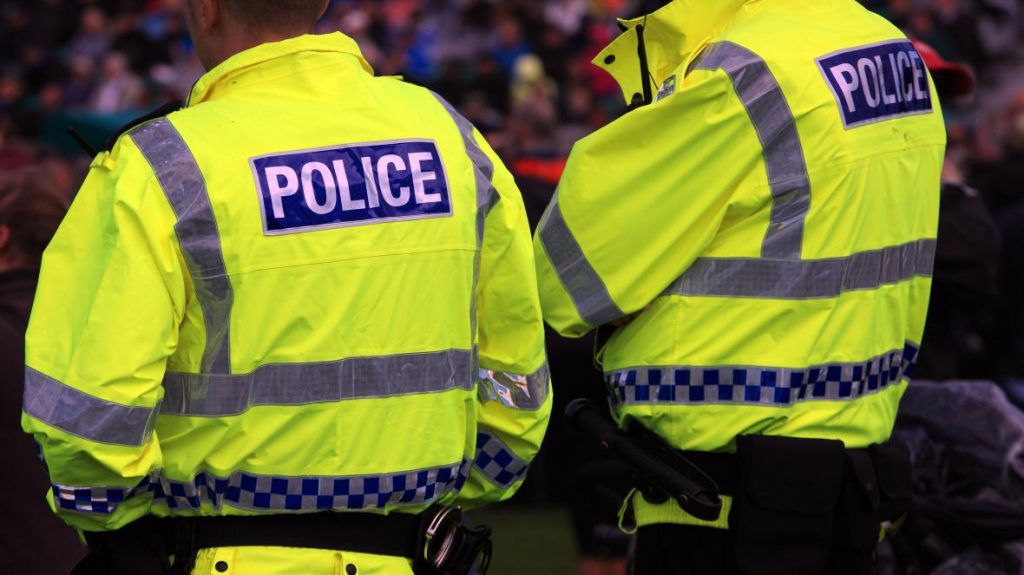 There has been a hurried spate of cancellations and suspensions of elections across the globe because of the risk posed by COVID-19.  The trend is unsurprising.  In the age of post-democratic process, suspending the procedure should only induce a cough of recognition.  But it is troubling for those who take the ceremonial aspect of these things seriously. Such tendencies have worried Jon Meacham, who went to the history books to remind New York Times readers that President Abraham Lincoln, even during a murderous civil war, would still insist on having an election he could lose.

END_OF_DOCUMENT_TOKEN_TO_BE_REPLACED

“But what does it mean the plague? It’s life, that’s all.” – Albert Camus, The Plague.

Before the pandemic, our world was already sick. Profoundly pathological and dysfunctional in our values, personal connections and, first and foremost, our species’ deadly impact on the natural world and its disequilibration of our host, planet Earth. But like any enormous collective challenge, it is the way we deal with it that will determine the outcome.

END_OF_DOCUMENT_TOKEN_TO_BE_REPLACED

Mohsen Abdelmoumen: What is the situation in your country Italy in the context of the Covid19 virus epidemic?

Prof. Mario Caligiuri: At the moment, the Italian situation is the most serious in the world, in terms of the number of people infected and dead, even more than in China. The conditions are extremely difficult and in Lombardy they are even tragic. But the truth about the numbers is not told. For example, in China, from February to December 2019, 21 million mobile phones are turned off. I don’t know if that means anything. In Italy, according to the High Institute of Health, the percentage of deaths due to coronavirus alone is about 2%. In Russia, the number of infected persons is very low and no deaths have been reported so far. In Japan, the country was quarantined immediately after the official news of the postponement of the Tokyo Olympics to next year. It is only in recent weeks that strict measures have been taken against the pandemic by European countries with the exception of Sweden, and the United States, where the number of infections detected has made it the number one country in the world. While the figures are indicative, they must be interpreted and put into context. And the conclusions will be made at the end, several months from now.

END_OF_DOCUMENT_TOKEN_TO_BE_REPLACED

The Corona Virus Disease 2019 or “Covid-19” is a coronavirus similar to the virus that causes pneumonia. Covid-19 is a danger to at-risk groups including the elderly and the chronically ill.

If you are not elderly and if you are in good health you have virtually no chance of dying from it.

END_OF_DOCUMENT_TOKEN_TO_BE_REPLACED

On 17 July 2014 MH 17, a Malaysian airlines flight en route from Amsterdam in The Netherlands to Kuala Lumpur in Malaysia was shot down while in transit over Ukrainian airspace.

Although there were no admissions as to culpability and at least initially very little factual data available, it did not stop an immediate blame game being promoted by the Dutch, Ukrainian and Australian governments. The Netherlands (189 citizens on board) and Australia (27 citizens plus some non-citizen residents), were together with the Malaysians (44 citizens) the countries to suffer the greatest losses.

END_OF_DOCUMENT_TOKEN_TO_BE_REPLACED

Following on from our previous list, here are ten more expert voices, drowned out r disregarded by the mainstream narrative, offering their take on the coronavirus outbreak.