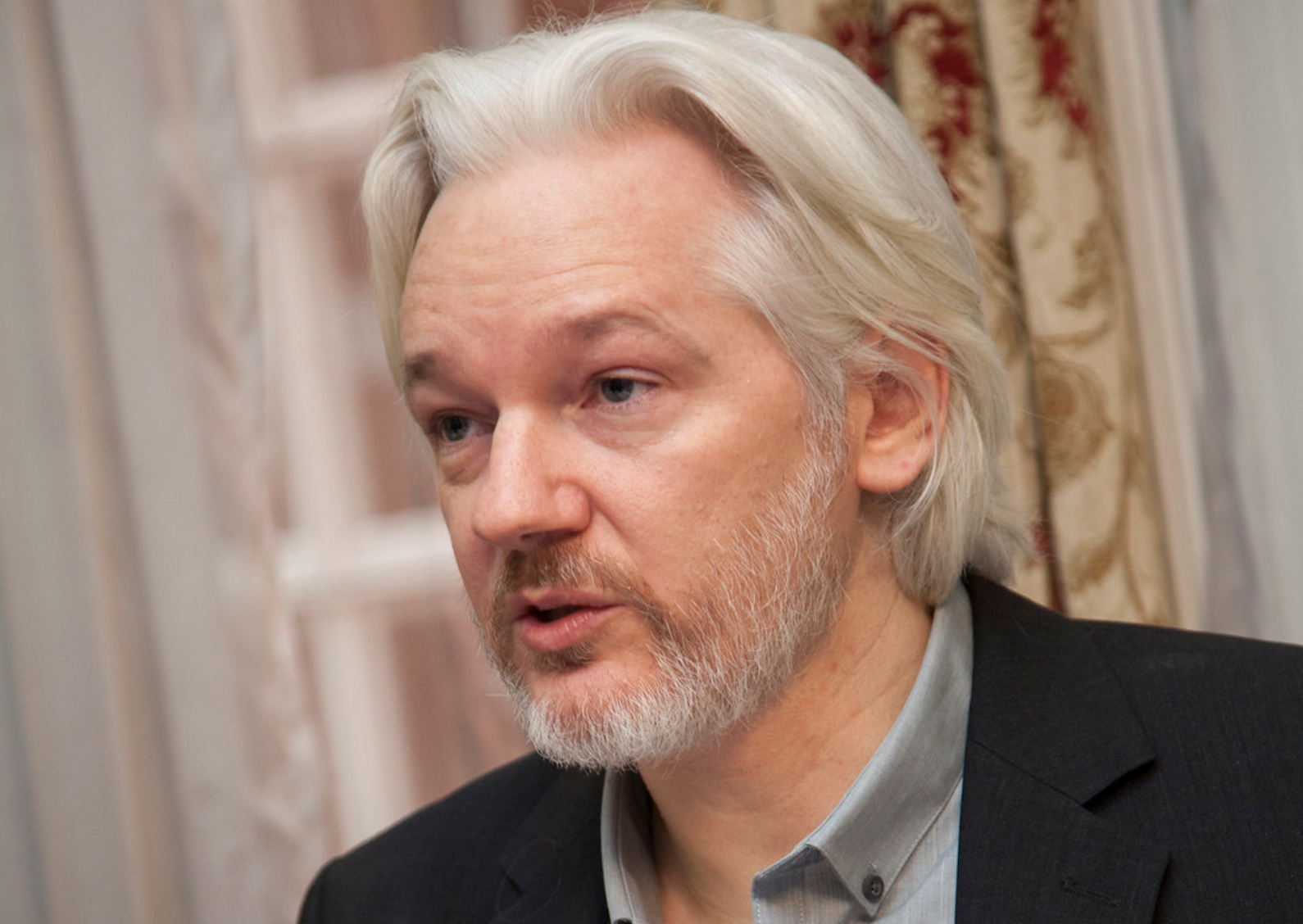 Attorneys for WikiLeaks founder Julian Assange plan to appeal to the Supreme Court in the United Kingdom after the country’s appeals court overturned a decision that blocked the extradition of Assange to the United States.

The High Court of Justice was “satisfied” with diplomatic assurances offered by the U.S. government related to how Assange would be treated in jail or prison, and they stated, “There is no reason why this court should not accept the assurances as meaning what they say.”

“There is no basis for assuming that the U.S.A. has not given the assurances in good faith,” the High Court also insisted.

The High Court decision came on Human Rights Day, a day marked by countries in the United Nations, and the decision was immediately condemned by press freedom and human rights groups, and various other civil society organizations throughout the world.

Assange is detained at Her Majesty’s Prison Belmarsh in London, a high-security prison where he has been held since he was expelled from the Ecuador Embassy on April 11, 2019. He faces 18 charges—17 of which are charges under the Espionage Act.

The Espionage Act is a U.S. law passed in 1917 that the Justice Department has increasingly wielded against media sources who share “classified” documents or talk about sensitive information with journalists.

Assange’s attorneys at Birnberg Peirce indicated their “appeal to the Supreme Court would relate to the question of the assurances. Appeals on other important questions, including questions of free speech and on the political motivation of the U.S. extradition request, have yet to be considered by an appeal court.” (They will likely be considered after an appeal of this decision.)

“This decision marks a disastrous turning point for journalists and journalism around the world,” declared Rebecca Vincent, the Reporters Without Borders director of international campaigns. “It falls on the very day when we should celebrate the presentation of the Nobel Peace Prize to two journalists and urge states to respect their commitments to press freedom, which they have just reaffirmed at the Summit for Democracy organized by United States.”

“We call on the U.S. government to truly lead by example and to close this case now, before it does any more damage. Julian Assange should be released immediately and steps should be taken so that no other journalist, editor, or source can be targeted in this way.”

“This is a travesty of justice. By allowing this appeal, the High Court has chosen to accept the deeply flawed diplomatic assurances given by the U.S. that Assange would not be held in solitary confinement in a maximum security prison,” said Amnesty International’s Europe director Nils Muižnieks. “The fact that the U.S. has reserved the right to change its mind at any time means that these assurances are not worth the paper they are written on.”

Stella Moris, who is Assange’s fiancé, called the ruling a “grave miscarriage of justice.” Outside the courthouse, she reacted, “Today is international Human Rights Day. What a shame. How cynical to have this decision on this day, to have the foremost publisher [and] journalist of the past 50 years in a U.K prison accused of publishing the truth about war crimes, about C.I.A. kill teams.”

“In fact,” Moris continued, “every time we have a hearing, we know more about the abusive nature, the criminal nature of this case.”

According to the assurances put forward, the U.S. government would not impose special administrative measures (SAMs) on Assange before trial or after he was convicted. However, it contained a major loophole. If Assange committed a “future act” that “met the test” for SAMs, the U.S. would designate him for such restrictive confinement conditions. They did not specify what type of acts might justify abandoning this assurance.

The U.S. government pledged that Assange would not be designated for ADX Florence, a supermax prison in Colorado. Yet similar to the assurance to not impose SAMs, they indicated if Assange commits a “future act” that meets the “test for such designation” he could still be confined in a maximum security prison.

Prosecutors pledged to allow Assange to apply for a prisoner transfer to Australia to serve his U.S. sentence under the Council of Europe Convention on the Transfer of Sentenced Persons.

If Assange was extradited and held in a U.S. jail or prison, the U.S. pledged to ensure he received “clinical and psychological treatment” as recommended by a “qualified treating clinician employed or retained” by the facility where he is held. But if a facility lacked resources or the psychologist of staff did not conclude that Assange needed a higher level of care, he might not receive treatment.

“The first and fourth assurances wholly exclude the possibility of Mr. Assange being made subject to SAMs, or detained at the ADX, either pretrial or after conviction, unless, after entry of the assurances, he commits any future act which renders him liable to such conditions of detention,” according to the High Court decision. “It is difficult to see why extradition should be refused on the basis that Mr Assange might in future act in a way which exposes him to conditions he is anxious to avoid.”

Such a statement by the High Court accepts there are no political motives behind the extradition, and none of the U.S. officials involved in the prosecution intend to inflict harm on Assange.

The High Court determined the U.S. has “made its decision as to how it will respond to any request” for a prisoner transfer to Australia if Assange is convicted. They gave “as explicit an assurance as it can.”

“The reality is that this court is being invited to reject the U.S.A.’s assurances either on the basis that they are not offered in good faith or that they are for some other reason not capable of being accepted at face value,” according to the High Court. “That is a serious allegation,” especially since “the United Kingdom and the U.S.A. have a long history of cooperation in extradition matters, and the U.S.A. has in the past frequently provided and invariably fulfilled assurances.”

But journalist Richard Medhurst obtained documents related to the 2009 extradition of David Mendoza Herrarte from Spain to the U.S. Diplomatic assurances were given by the U.S. government to Spain, but the U.S. violated those assurances.

Mendoza was accused of drug trafficking. As the Assange legal team recounted in a filing submitted to the High Court, “The Spanish Court made Mendoza’s extradition conditional on prisoner transfer back to Spain to serve any sentence. In response, the U.S. provided the same assurance offered here to the Spanish Court.”

“Upon surrender, the prosecution did, as promised, consent to the application. It was then, however, refused by the [Justice Department]. When the Spanish court complained of the ‘clear breach’ of the assurance, the U.S.A. retorted that ‘the U.S. did not make and therefore could not and did not renege on a promise guaranteeing that Mendoza would comply with the sentence imposed in Spain.”

“The promise that was made at the time,” U.S. authorities claimed, was that Mendoza could apply for protection under the Treaty of the Council of Europe to serve his sentence in Spain.

Similarly, all the U.S. government is saying at this stage is that they will consent to an application from Assange for prisoner transfer, which is relatively meaningless, and they are not saying they would grant the application.

Amnesty International previously stated the so-called “assurances” upon which the U.S. government relies “leave Mr. Assange at risk of ill-treatment,” are “inherently unreliable,” and “should be rejected,” adding that they are “discredited by their admission that they reserved the right to reverse those guarantees.”

Though it did not persuade the court to uphold the district judge’s decision, the High Court concluded Baraitser did not make an error when she applied a test and determined extradition would be oppressive for health reasons.

“We bear in mind that the judge had to take into account the evidence of a witness called by Mr Assange, who considered the [Alexandria Detention Center] to be a very well-run jail, accepted that there had been no successful suicides at the ADC since its last inspection in 2017, and considered that the ADC had ‘a stellar record’ on preventing suicide.”

The High Court continued, “She had to take into account the evidence that Mr. Assange would be entitled to a speedy trial within 70 days, and that the suggested delays caused by pre-trial motions would not arise if he chose to take advantage of that speedy trial provision. She also had to take into account the possibility that Mr. Assange, who asserts that he has a complete defense to the charges against him, will be acquitted.”

“She had to consider carefully whether the required link between Mr. Assange’s mental condition was satisfied when the evidence was that he would pursue his intention to commit suicide with a ‘single-minded determination.’”

The High Court was sympathetic but ultimately rejected the ground for appeal that amounted to an attack on the professional reputation of Professor Michael Kopelman. He is a clinical psychiatrist who provided the most comprehensive assessment of Assange’s condition in 2019 during the immediate months following his arrest and expulsion from the Ecuador Embassy.

Declassified U.K. reported days before the announcement that Assange’s “fate” was in the hands of an appeal judge, Lord Chief Justice Ian Burnett, “who is a close friend of Sir Alan Duncan, the former foreign minister who called Assange a ‘miserable little worm’ in parliament.”

“The two have known each other since their student days at Oxford in the 1970s, when Duncan called Burnett ‘the Judge.’ Burnett and his wife attended Duncan’s birthday dinner at a members-only London club in 2017, when Burnett was a judge at the court of appeal.”

Duncan was “the key official in the U.K. government[’s] campaign to force Assange from the embassy,” according to Declassified U.K. Through a feed in an “operations room” in the U.K. Foreign Office, he watched the British police drag Assange from the embassy to a van. He could barely keep a smirk off his face and later traveled to Ecuador to personally thank President Lenín Moreno for expelling Assange.

Burnett was not present for the announcement of the decision. Lord Justice Timothy Holroyde announced the decision during proceedings that lasted a little more than ten minutes.