The British bombing of Hamburg in 1942, and the American firebombing of Japan in March 1945 that killed as many as 120,000 people in one night, created the conditions for the atomic bombing of Hiroshima and Nagasaki which were considered mere extensions of the firebombing tactics, says Daniel Ellsberg on Reality Asserts Itself with Paul…(inc. transcript)

END_OF_DOCUMENT_TOKEN_TO_BE_REPLACED

Air Marshall Greg Bagwell is a recently retired senior Royal Air Force officer who served as Deputy Commander Operations at RAF Air Command.  While being a vocal supporter of the use of armed drones, in his role of President of the Air Power Association he has also argued for greater openness and engagement with the public on air power issues.  Following on from our interview with former RAF Reaper pilot ‘Justin Thompson’, we asked him if he would also be willing to be interviewed on some the wider operational and strategic issues raised by armed drones.  He happily agreed.

END_OF_DOCUMENT_TOKEN_TO_BE_REPLACED

Widely reported: on 26 December, airstrikes on a crowded popular market in Al Hayma sub-district in Attazziah district, Taizz Governorate led to at least 54 civilians being killed, including eight children, and 32 others injured including six children.

More than 350 high-profile figures including six Nobel peace prize laureates, former military generals, politicians, diplomats and celebrities have marked the 1,000th day of the Yemen civil war by calling on leaders of France, the US and the UK to stop “stoking the flames of war” and instead use their seats on the UN security council to act as peace brokers.

END_OF_DOCUMENT_TOKEN_TO_BE_REPLACED 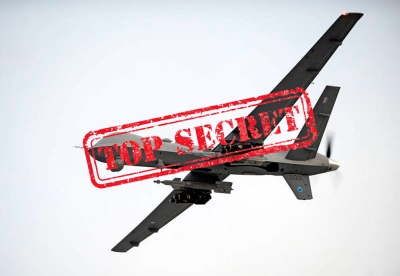 An information tribunal has upheld the MoD’s decision to refuse to release the number of British armed drones deployed against ISIS and their location, despite such information being released by the UK about its ‘manned’ aircraft.

In the just released open judgement (a closed judgement has also been produced but will not been made available to us), the tribunal accepted that there was clear public interest in the information Drone Wars sought as both parliament and the public could then ascertain if the UK’s armed drones were being used outside of Iraq and Syria, or if some were in storage due to personnel shortages. However the tribunal accepted the MoD’s argument that the public interest arguments in favour of disclosure were outweighed by the public interest in favour of non-disclosure as the information would “likely” impact on the effectiveness of UK armed forces.

END_OF_DOCUMENT_TOKEN_TO_BE_REPLACED

In the dark: RAF Reaper drones

At the first stage of what is likely to be a lengthy appeals process, the Information Commissioner has upheld the Ministry of Defence’s refusal to reveal to Drone Wars UK the number of Britain’s armed drones currently deployed.

Despite the fact that the MoD are happy to give such details about other surveillance and attack aircraft taking part in operations against ISIS, the MoD insists that the number of drones deployed nor their location can be released for reasons of operational security.