END_OF_DOCUMENT_TOKEN_TO_BE_REPLACED

Minutes of Ministry of Defence (MoD) meetings have confirmed the role of Britain’s Guardian newspaper as a mouthpiece for the intelligence agencies.

END_OF_DOCUMENT_TOKEN_TO_BE_REPLACED

Drone manufacturer, General Atomics, hosted an event in London on 24 January in order – as its press release put it – “to recognize UK companies that are contributing to operational systems such as MQ-9 Reaper and MQ-1C Gray Eagle, and the new MQ-9B SkyGuardian RPA program” (which the UK MoD is calling ‘Protector’).

END_OF_DOCUMENT_TOKEN_TO_BE_REPLACED

The Pentagon has told Congress it estimates that nearly 500 civilians were killed as a result of US military actions in the first year of the Trump administration. According to CNN: “(The Department of Defense) assesses that there are credible reports of approximately 499 civilians killed and approximately 169 civilians injured during 2017” as a result of military operations in Iraq and Syria targeting ISIS, operations in Afghanistan targeting the Taliban and ISIS, and operations in Yemen against al Qaeda in the Arabian Peninsula and ISIS.

END_OF_DOCUMENT_TOKEN_TO_BE_REPLACED

British government official agencies are the patrons, managers and funders of the White Helmets, who have been the go-to source for the mainstream Western media reporting on the ongoing Syrian war.  For good measure, the U.S. State Department’s Agency for International Development (USAID) has kicked in $23 million to finance Mayday Rescue, the cutout between the White Helmets and the British Ministry of Defense, the Home Office, the Foreign and Commonwealth Office and 10 Downing Street.  This is all a matter of public record, yet no Western major media outlet has bothered to include these “data points” in their lavish coverage of the White Helmets.

END_OF_DOCUMENT_TOKEN_TO_BE_REPLACED

The Ministry of Defence has revealed for the first time – seemingly accidentally – that British drones are firing thermobaric weapons in Syria.  The disclosure comes in an Freedom of Information (FoI) response to Drone Wars detailing the use of Reaper drones over the previous three months.

END_OF_DOCUMENT_TOKEN_TO_BE_REPLACED

For the first time, the Ministry of Defence has admitted a civilian death in its air campaign against ISIS in Iraq and Syria.  The strike, from an RAF Reaper drone, occurred on 26 March according to a written statement by the Defence Secretary Gavin Williamson.  The strike itself was reported by the MoD on its website on 4 April.  It stated: END_OF_DOCUMENT_TOKEN_TO_BE_REPLACED

On January 22, BBC News at Ten carried a piece by ‘defence’ correspondent Jonathan Beale reporting a speech by General Sir Nick Carter, the British Army’s Chief of General Staff. Carter gave his speech, pleading for more resources in the face of the Russian ‘threat’, at the Royal United Services Institute (RUSI), an establishment thinktank with close links to the military and corporate media.

END_OF_DOCUMENT_TOKEN_TO_BE_REPLACED 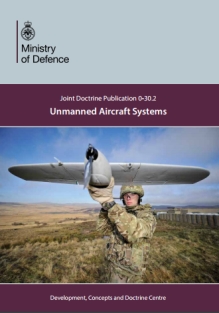 After a long delay the UK MoD has produced its new doctrine publication on the use of Unmanned Aircraft Systems (commonly known as drones).  Its predecessor, ‘The UK Approach to Unmanned Aircraft Systems’ (JDN 2/11),  caused a stir in 2011 as it acknowledged real ethical and legal issues with the growing use of these systems. The subsequent press coverage so horrified the MoD that they removed the publication from their website only restoring it six months later when things had calmed down.  Perhaps that is why the new document is so bland.

END_OF_DOCUMENT_TOKEN_TO_BE_REPLACED

An information tribunal has upheld the MoD’s decision to refuse to release the number of British armed drones deployed against ISIS and their location, despite such information being released by the UK about its ‘manned’ aircraft.

In the just released open judgement (a closed judgement has also been produced but will not been made available to us), the tribunal accepted that there was clear public interest in the information Drone Wars sought as both parliament and the public could then ascertain if the UK’s armed drones were being used outside of Iraq and Syria, or if some were in storage due to personnel shortages. However the tribunal accepted the MoD’s argument that the public interest arguments in favour of disclosure were outweighed by the public interest in favour of non-disclosure as the information would “likely” impact on the effectiveness of UK armed forces.

END_OF_DOCUMENT_TOKEN_TO_BE_REPLACED 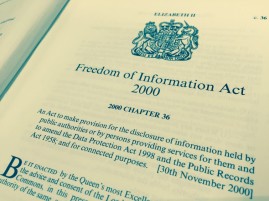 Drone Wars UK will be in court next week seeking to overturn the refusal of the Ministry of Defence (MoD) to release how many of the UK’s fleet of ten armed Reaper drones are deployed and where they are located. The MoD currently releases such deployment details about its other armed aircraft, but has insisted since late 2014 that such information cannot be released about its armed drones.

END_OF_DOCUMENT_TOKEN_TO_BE_REPLACED

More than 1 in 10 new recruits to the British Army are just 16 years of age, according to figures released by the Ministry of Defence (MoD). It makes Britain one of the few countries in the world, and the only country in the European Union, to recruit child soldiers.