Whistleblower Chelsea Manning remains in jail after a federal appeals court Monday rejected her request to be released on bail and upheld a contempt order against her for refusing to testify before a grand jury impaneled to bring fabricated charges against the media organization WikiLeaks and its founder Julian Assange.

A unanimous decision of a three-judge panel of the 4th US Circuit Court of Appeals in Richmond, Virginia rejected her attorney’s arguments that she was wrongfully held in contempt and should be granted bail while the contempt order was appealed.

Manning’s continued imprisonment is nothing short of criminal. She is being subjected to effectively arbitrary detention in order to compel her to testify against Assange, a wrongfully imprisoned and persecuted journalist. This flagrant miscarriage of justice is a testament to the corruption of the US judicial system, which often operates in violation of both the US constitution and international human rights agreements. 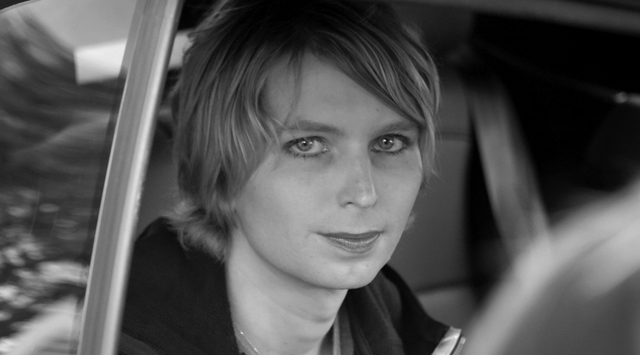 “While disappointing, we can still raise issues as the government continues to abuse the grand jury process. I don’t have anything to contribute to this, or any other grand jury,” Manning declared in a defiant statement released by her lawyers Monday. “While I miss home, they can continue to hold me in jail, with all the harmful consequences that brings. I will not give up.”

“The rejection of Chelsea Manning’s appeal against her imprisonment for contempt is a sign of lawless America,” said journalist John Pilger in reply to the court ruling. “Manning had the Constitutional right to remain silent and not collaborate with the notorious Virginia grand jury’s corrupt indictment of Julian Assange. But the US Constitution, and its Amendments—exalted by American historians as inviolable guardians of freedom and justice—are now openly flouted by US courts as America’s lawlessness abroad is reflected in its institutions notably the judiciary. The appeal rejection is a clear indication of the injustice awaiting Julian Assange should British courts allow his extradition.”

Manning, who already served seven years of a 35-year sentence in a military prison over charges related to leaking evidence of US war crimes to WikiLeaks in 2010, has been held in jail since March 8 after she made the courageous decision to withhold her testimony from the grand jury. The former Army Specialist has been sentenced to remain in jail indefinitely, either until she purges her contempt of court by testifying or the grand jury’s term expires.

Assange was arrested at the Ecuadorian embassy in London on April 11, after his asylum status was illegally withdrawn by the government of Lenin Moreno. Assange is now awaiting a May 2 extradition hearing in the high-security Belmarsh Prison, known as Britain’s Guantanamo Bay, after being convicted on a charge of bail jumping over trumped-up sexual assault allegations in Sweden.

While Assange has been charged by the US government with conspiracy to commit computer fraud, carrying a possible five-year sentence, the grand jury in Alexandria, Virginia is still seeking Manning’s testimony, indicating that further charges are still in the works. CNN already reported last week that the US Justice Department expects to bring further charges against Assange.

The US government alleges that Assange sought to help Manning crack a password so that she could obscure her identity when accessing classified information on government computers. Since she is named in the criminal conspiracy complaint against Assange, it is likely that the Trump administration is also seeking to bring criminal charges against Manning.

She is being vindictively pursued by the Trump administration in retaliation for her role in leaking war logs from Iraq and Afghanistan, US diplomatic cables and most famously the “Collateral Murder” video which shows a US helicopter gunship attack in Iraq which killed at least a dozen of Iraqis, including two Reuters journalists. Even though a contempt sentence is not meant to be punitive, just coercive, Manning was held in solitary confinement for four weeks before being released into the general prison population.

“We are of course disappointed that the Circuit declined to follow clearly established law, or consider the ample evidence of grand jury abuse,” attorney Moir Meltzer-Cohen, of Manning’s defense team, said in a statement to the press.

“It is improper for a prosecutor to use the grand jury to prepare for trial. As pointed out in Ms. Manning’s motions and appeals, since her testimony is not necessary to the grand jury’s investigation, the likely purpose for her subpoena is to help the prosecutor preview and undermine her potential testimony as a defense witness for a pending trial.

“We believed that the Appeals court would consider this, as it is strong evidence of an abuse of grand jury power that should excuse her testimony.”

Manning’s attorneys also argued that her testimony had been rendered unnecessary by the unsealed charge against Assange and that she had already told prosecutors everything relevant to her interactions with WikiLeaks during her court-martial in 2010. Manning has cited her First, Fourth and Fifth Amendment rights, to free speech, against unreasonable searches and seizure and self-incrimination, as a justification for defying the grand jury.

Furthermore, her attorneys argued that her detention is unreasonably cruel, since the jail is not equipped to provide Manning with necessary medical attention in connection with her gender reassignment surgery.

While all of these arguments have so far been dismissed, Manning can now appeal to the full 4th Circuit Court or directly to the Supreme Court.

The Trump administration’s unconstitutional vendetta against Manning and Assange is the continuation of a bipartisan effort begun nearly a decade ago by the Obama administration. Trump has the full support of the Democrats and their associated media outlets, led by the New York Times and Washington Post, in persecuting Assange and Manning.

While the current charges against Assange relate to the 2010 leaks, the Democrats have promoted the lie for more than two years that WikiLeaks colluded with the Trump campaign and the Russian government of Vladimir Putin to “hack” the 2016 election in favor of Donald Trump by leaking emails from Hillary Clinton’s emails and the Democratic National Committee.

With this narrative, pushed without evidence by the US intelligence agencies for the last two years, blown apart by the release of the Mueller report, which did not find any evidence of collusion, the true anti-democratic character of the pursuit of Assange and Manning has come to fore. The Democrats and Republicans, the two parties of Wall Street and war, agree that the journalists and whistleblowers who expose their crimes must be silenced.