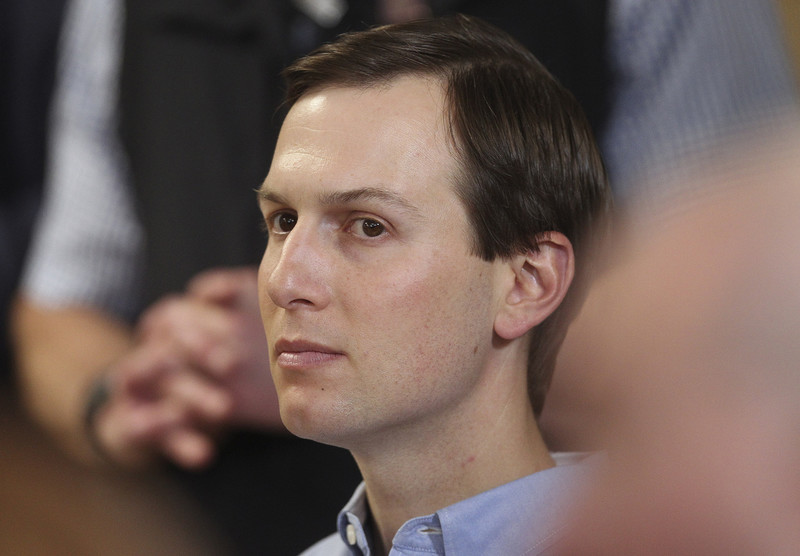 Jared Kushner, US President Donald Trump’s son-in-law, has been busy.

END_OF_DOCUMENT_TOKEN_TO_BE_REPLACED The US-engineered proxy war against Syria, beginning in 2011 and the crescendo of the so-called “Arab Spring,” has ended in all but absolute defeat for Washington.

Its primary goal of overthrowing the Syrian government and/or rendering the nation divided and destroyed as it has done to Libya has not only failed – but triggered a robust Russian and Iranian response giving both nations an unprecedented foothold in Syria and unprecedented influence throughout the rest of the region.

END_OF_DOCUMENT_TOKEN_TO_BE_REPLACED So the Brexit saga has taken another twist, and become even more confusing and uncertain. All we can predict is that whatever the UK government says will happen is the one thing which won’t. May has failed to deliver Brexit. Instead she keeps coming back to parliament with an appalling deal. She’s now delaying Brexit and trying to get her deal passed again.

END_OF_DOCUMENT_TOKEN_TO_BE_REPLACED

On April 10th, China’s Premier Li Keqiang celebrated the completion of the 1st phase of the 2.5 kilometer Chinese-built Pelgesac Bridge in Croatia across the Bay of Mali Ston alongside Croatian Prime Minister Andrej Plenkovic. This ceremony marked a striking victory as the following day ushered in an important 16+1 Heads of State summit that saw Greece inducted as the newest member of a new alliance of Central and Eastern European nations who wish to cooperate with China. At this summit held on April 12, Greece’s Prime Minister Alexis Tsipras stated that this was “a very crucial moment for global and regional developments” and “we have to leave behind the crisis and find new models of regional and global cooperation.”

END_OF_DOCUMENT_TOKEN_TO_BE_REPLACED

More than 682 protesters have been arrested since Monday.

END_OF_DOCUMENT_TOKEN_TO_BE_REPLACED

As a result of different requests from friends of Venezuela in the US and also as a simplification exercise Orinoco Tribune’s staff decided to make an easy to follow timeline about the more than documented United State Aggression/Sanctions against the Bolivarian Revolution, starting with Hugo Chavez and continued/magnified with Nicolas Maduro.

END_OF_DOCUMENT_TOKEN_TO_BE_REPLACED

Venezuela: Still on the Brink?
https://dissidentvoice.org/2019/04/venezuela-still-on-the-brink/

END_OF_DOCUMENT_TOKEN_TO_BE_REPLACED

It was a sad day for London’s Rebellion, as the beloved pink boat was lost amid a stormy sea of police- men and women. The neverending party was at last put on hold… for a few hours at least, until we retook Oxford Circus and the new sound-system arrived!

END_OF_DOCUMENT_TOKEN_TO_BE_REPLACED 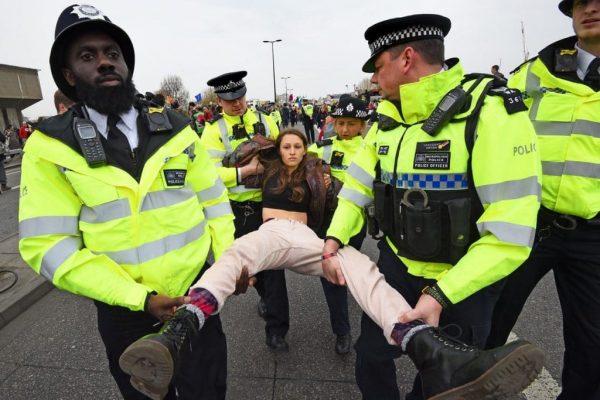 In the last years of his life, Dr. Martin Luther King spoke against what he called “the triple evils that are interrelated”–economic inequality, racism, and militarism. If King were alive today, he’d be talking about the five evils that are interrelated, adding patriarchy and Ecocide, the destruction of livable ecology.  He’d also be noting the dangerous rise of a new national and global fascism linked to the presidency of a malignant racist who glories in accelerating humanity’s environmental self-destruction while the media obsesses over matters of far slighter relevance.