Since then I’d given her little thought, until she made that foul-mouthed, slanderous and – in any other context than a McCarthyesque circus whose real target is the first Labour leader in living memory to challenge ‘austerity’ – outlandish attack on Jeremy Corbyn last July.[1] 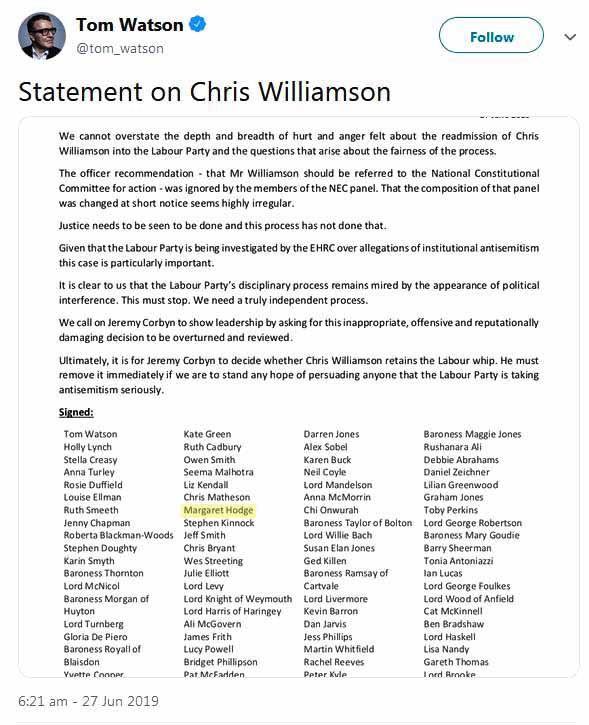 Then came Giladgate and the suspension of Labour MP Chris Williamson for defending Israeli Jewish musician – and vehement critic not only of his own state but “a particular subset of Jews” – Gilad Atzmon.

I stress that term, a particular subset of Jews. Those who call Atzmon antisemitic have rarely in my experience troubled to read him in the round, though a few offer cherry-picked quotes. I blame a confusion Atzmon is at pains to disentangle.

In The Wandering Who? he sets out three understandings of Jewishness. One refers to those born Jewish, another to followers of ethical values and spiritual disciplines encoded in the Torah. To make important generalisations about either is absurd; to make important negative generalisations a double disgrace: a moral affront in and of itself, and a moral affront in light of a thousand years of Western history culminating in Hitler.

The third understanding, however, refers to “Jews identifying as members of a superior race”. These last, says Atzmon, “are the Jews I speak of in such negative terms, and whom I urge to question their arrogant assumptions”.

If these are the words of an antisemite, call me one too.

I myself have not encountered that third category in personal life. The Jews I know and count as friends are on the left, or at any rate liberal. (Nor do any belong to Atzmon’s second category: with a few exceptions I don’t much rub shoulders with religious types, whatever brand they smoke). But this reflects the demography of my worlnon-existence the non existence of Atzmon’s third category of Jews.

In the Never Again culture of Israel, and the powerhouses of London and New York City, they do exist, and I applaud the man’s courageous, principled and costly[2] stance of calling them out.

Talk of cherry picking brings us, in this context, back to Dame Hodge.

Three nights ago she was on Newsnight to slam the reinstatement of Chris Williamson. In so doing she issued another slander, folded into an aside on the man Williamson had – with guilt by association a standard smear in Stalinist[3] McCarthyite and other forms of witchhunt – defended at no small cost.

The next day that man responded with clear proof that Hodge, probably through ignorance as much as malice, had profoundly misunderstood a statement he’d made.

I offer it not because Hodge is important, though as the above photo shows she still commands respect within the Labour Party. I offer it because great care is called for when examining issues not intrinsically difficult but so buried by obfuscation and mendacity, so emotionally charged and in this case so tightly bound with the quite different agenda of ousting Corbyn.

On these matters, Hodge’s interventions are at best crass, ignorant and spiteful. At best – and in this she exemplifies so much that is rotten in our political classes and debased media.

You might also read Atzmon’s written response of yesterday, addressed more at Lord Falconer than Dame Hodge. After rebutting accusations of holocaust denial, he concludes:

I categorically deny being an anti-Semite. Crucially, I have never been charged or even questioned about anything I said or wrote by any law enforcement authority anywhere in the world. That Lord Falconer accuses an innocent citizen, one with an absolutely clean record, of being “guilty” and the BBC presenter does not challenge or even question Falconer’s assertion is a clear indication that Britain is now a lawless place … an authoritarian society governed by a compromised political class. Britain has become uninhabitable for intellectuals, truth tellers and peace lovers. Sad it is but no longer a surprise.

[1] In this context we should note three ironies. One is that this same Labour right applauded the Maidan Square coup which brought antisemites, the real kind, into the Kiev administration to embolden Ukraine’s far and thoroughly antisemitic right (as when in 2017 thousands of nationalists marched in Kiev to celebrate the birthday of Stepan Bandera.) Another, related, is that in devaluing the antisemite term – which is what you do when you call Corbyn one – you let real antisemites off the hook. A third is that like the West at large, Israel – I mention this given how many names on Tom Watson’s tweet are in Labour Friends of Israel – has again and again been willing to work with antisemites, also the real kind, in pursuit of its agendas.

[2] The nature of Israel – both as a racist state and, to borrow from a Stephen Gowans book I’ll shortly review, as a ‘beachhead for imperialism’ from which to control the middle east – is obviously relevant in more ways than one. Here I confine myself to the observation that Israeli Jewish critics of Israel, like white South African members of the ANC in the apartheid era, exemplify – whatever other traits they may demonstrate – considerable courage.

[3] I’m aware of a revival, outside the traditional circles of Western Communist Parties, of interest in defending Stalin. At one level this is understandable. Given the corruption of our media and political systems it can be tempting to assume that whomever our rulers and their servants hold up as paragons of virtue, or as monstrosity incarnate, will be the opposite. I’d go so far as to say such reasoning will more often than not deliver broadly accurate results. It’s no substitute for proper investigation, however, and I’m planning a post addressing not so much the brutality of Stalin as his criminal incompetence. 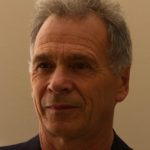 Philip Roddis Scribbler for some sixty years, and for fifteen a photographer too, Philip Roddis began blogging in the early noughties by inflicting film reviews on an unsuspecting public. Soon he was doing the same with illustrated writings on wanderings in Asia and Africa. He writes “to help me think, and because I like to be read”, and finds photography’s problem solving aspects “a break from those of writing, as well as an aid to writing and to reflective travel”.

His blog is Steel City Scribblings