The media reporting of the Grenfell Inquiry’s Phase 1 findings shows the battle that lies ahead. 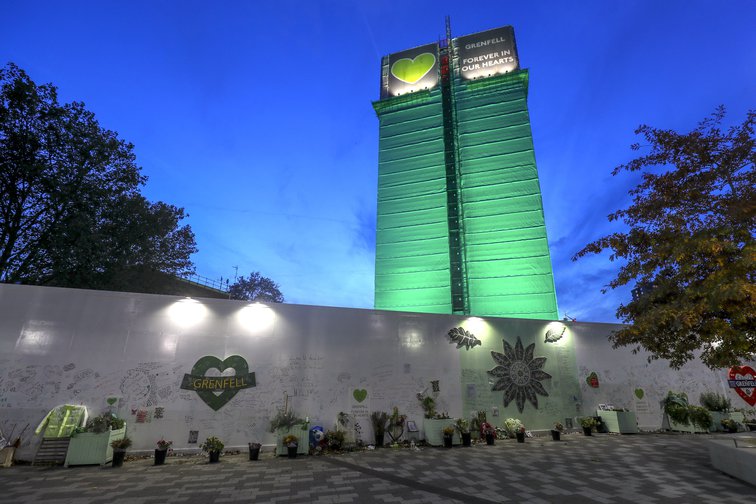 On 14 June 2017, a devastating fire broke out at Grenfell Tower, eventually killing 72 people, injuring hundreds more and leaving over 200 households homeless. Yesterday, a Prime Minister not renowned for being closely acquainted with honesty has trumpeted that the formal unveiling of the Report of Phase 1 of the Public Inquiry into the Grenfell disaster will offer the bereaved, survivors and wider affected community “the truth”. We really hope so, but the media reporting of the Inquiry’s findings so far shows the battle that lies ahead.

It should come as no surprise that it was Johnson’s former employers at The Telegraph who chose to break the reporting embargo, and thus deny the affected community the right to take in and frame their reactions to the report when it was given to them two days before its formal release. It reeks of a deliberate move beyond boosting newspaper sales – one designed to distract attention from the role of key state and corporate actors in creating the atrocity at Grenfell, shifting the glare of publicity onto those who responded to the fire on the night. And so it has proven.

The evidence presented to the Inquiry, summarised in the report, establishes beyond doubt what experts have known for the past two years: that a faulty fridge-freezer sparked a small kitchen fire the size of a wastepaper basket in a flat on the fourth storey, which then rapidly engulfed the entire 24-storey building principally because of its encasing with combustible cladding and insulation. Mr Kebede, the flat’s occupant who has been vilified by racist trolls on social media, was not only exonerated of all blame but was praised for his swift actions that enabled vital evidence to survive the fire. Instead, the Inquiry Chair, retired high court judge, Sir Martin Moore-Bick, could not be clearer in his verdict on where blame ultimately lies:

“the design of the refurbishment, the choice of materials and the manner of construction allowed an ordinary kitchen fire to escape into the cladding with disastrous consequences.” (p.538)

“on completion of the main refurbishment the external walls of the building did not comply with requirement B4(1) of Schedule 1 to the Building Regulations [to adequately resist the spread of fire over the walls]” (p.584).

Yet most media coverage of the report has led on the failures of the London Fire Brigade. The Inquiry is right to draw attention to systemic and institutional failings of the fire service and other public bodies in their preparedness for a major incident like Grenfell, but the disproportionate media scapegoating of the London Fire Brigade has itself been framed by the Inquiry Chair, Sir Martin Moore-Bick in the way the Inquiry has been set up.

Phase 1 of the Inquiry has focused very narrowly on establishing the ‘facts’ of what happened on the night of 14 June 2017. Phase 2 of the Inquiry will seek to explain how the £9 million refurbishment of Grenfell Tower was able to turn a solid concrete structure designed to resist the spread of fire into what was effectively a kiln. If it is to do the job adequately, it will have to consider the roles and decision-making processes of all of the public and private organisations involved in this deadly refurbishment.

As some survivors and campaigners have argued, a key problem is that the inquiry’s Phase 2 into the wider causes of the disaster should have come first. Yet it will not even begin until 2020 – three and a half years after the atrocity occurred. This is not just a question of the cart coming before the horse, but is crucial for how we understand what happened, and whether it is indeed appropriate to blame the London Fire Brigade above any other player. Only then can the Inquiry clearly focus on more pressing issues framed by Deborah Coles yesterday as “truth, justice and accountability”.

We are deeply sceptical that the wider regulatory environment and institutional behaviours that led to the deadly refurbishment of Grenfell Tower will be properly investigated. Moore-Bick at the outset ruled out including the wider social, political and economic processes in the public inquiry – years of deregulation of building regulations, under-funding of inspection regimes, and the privatisation and de-democratisation of public housing have been excluded from the Inquiry. By ensuring that problem was non-compliance with the law, rather than a combination of the failure to enforce the law and the “bonfire of regulations” policies followed by successive governments, a long line of Ministers may well be let off the hook and the regulatory system will remain off-limits.

In setting up the Inquiry in this way, Moore-Bick has therefore ensured that the emergency response of the London Fire Brigade to Grenfell and its very preparedness for such an unprecedented cladding fire of this nature have become centre-stage of the Phase 1 Report. Indeed, there is almost twice as much discussion on the role of the emergency rescue effort compared to the technical causes of the atrocity, and the deadly refurbishment project behind the Grenfell Tower fire itself receives just 21 pages of coverage out of a total of 838 across four volumes.

This blame game enables several key considerations to be omitted, not least: the failure to discuss how the role of the fire authority has been changed by a neo-liberal bonfire of red tape – not least the removal of statutory responsibility for fire inspection in 2005; the undermining and privatisation of fire safety and building regulations; the impact of austerity on the ability of fire authorities to do all of the due diligence and intelligence work that Moore-Bick is highlighting they did not do.

If Phase 2 is to deliver anything like the basis for truth, justice and accountability, its remit must be opened up, the affected families must be placed at the centre of the inquiry process, and Central and local Government, as well as criminal agencies, must commit to implement recommendations in full. And only with independent oversight of this implementation will the lessons of Grenfell truly be learnt.