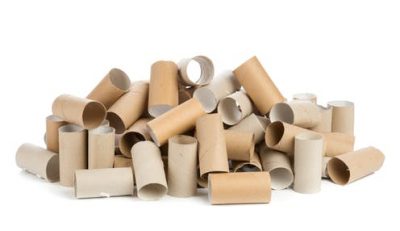 Fears of imminent apocalypse tend to be midwives to absurdity.  The stockpiling fever that has gripped various populaces in response to the Novel Coronavirus (COVID-19) outbreak has taken various forms.  “Pandemic pantries” are becoming the norm, suggesting that hoarding in the crisis tends to be a precursor to petty crime.

In the United Sates, the price of hand sanitizers has risen by 73 percent in dollar value since February 22.  A Nielsen report on these trends reads glumly: “Consumers around the world are actively stockpiling emergency supplies as concerns grow that the Novel Coronavirus (COVID-19) could become a worldwide pandemic.”  But the focus of such purchases lies beyond such supplies, including “basic foodstuffs, including canned goods, flour, sugar and bottled water.”  Non-food essentials also feature in buying behaviour, including first aid-kits.

One item has risen in prominence in the purchasing schedule.  A visit to various shopping outlets in Australia – at least in cities – will greet the customer with shelves emptied of toilet paper.  The phenomenon struck the BBC as amusing enough to run an image of a toilet roll emptied of paper with the question: “Does this strike fear into your heart?”

Australia’s chief medical officer, Dr Brendan Murphy, did his bit, albeit a touch officiously, by suggesting that such empty lavatory rolls were not to be feared.  “We are trying to reassure people,” he told Australian parliamentarians, “that removing all the lavatory paper from the shelves of supermarkets probably isn’t a proportionate or sensible thing to do at this time.”

This fevered rush prompted a veteran journalist of the Australian Broadcasting Corporation to issue a curt reminder.

“Most, if not all, toilet paper is made in Australia.  It is NOT imported,” tweeted a grumpy Michael Rowland.  “The manufacturers are ramping up production to replenish shelves stripped bare by panic buying.  Australia will not run out of toilet paper.  So everybody can calm down.”

Not quite everybody.  On social media, the viral nature of COVID-19 trends alongside that other viral spread: the hashtag.  These include #toiletpapergate, #toiletpapercrisis and, as of today, #toiletpaperemergency.  Limits on the number of rolls have been imposed in some supermarket chains.  Woolworths has capped the limit at four to, in the words of a spokesman, ensure “more customers have access to the products”. The limit would “help shore up stock levels as suppliers ramp up local production and deliveries in response to higher than usual demand.”

Daring to Kiss: Coronavirus and the Butterfly Effect

One contributor to a Facebook group page made her feelings clear about the whole business.  “So I just went to Woolies (in Perth),” wrote a troubled Amy Bainbridge on Mums Who Budget & Save, “and found there’s a 4 packlimit on toilet paper during this ‘shortage’.  Our store only had a few 4 roll Kleenex $7 packs which I had to succumb to due to 6 kids!”  An Aldi Mums Facebook group was filled with indignation.  “Panic buying causes hysteria,” observed one furious contributor.  “People who really need these products won’t be able to get them because of this madness.”

As tempting as it would be to see Australians as being idiosyncratic in this regard, other countries affected by COVID-19 have also gone on the toilet paper purchase spree.  Over the weekend, shoppers descended upon Costco, WinCo and Fred Meyer in Oregon on hearing word that COVID-19 cases had been found in the Portland area.  For David Dunstan, manager of Tigard WinCo foods the purchasing patterns seemed odd.  “Honestly – they’re just stocking up, preparing for the end of the world.”

In Japan, toilets for customers are replete with threatening language promising to punish the paper pinchers.  Restrooms have been closed.  The country had descended, wrote a hyperbolic correspondent for the Financial Times, “into Lord of the Flies-style depravity.”  A country proud of its chatty, multi-functional toilets, the envy of the world, is taking a battering in image.  The authorities, from Prime Minister Shinzo Abe down, are not deemed credible.  “On this matter,” went the view of one shopper as noted by the FT, “we cannot trust Abe.  He says Japan is self-sufficient in toilet paper, but anyone can see the shops are empty.”

In Hong Kong, toilet paper larceny has made a very public appearance.  Three masked men took some HK$1,600 worth of toilet paper last month – some 600 rolls in 50 packets in Mong Kok. “This is a senseless act,” a grave spokeswoman for the Wellcome store chain explained to journalists, “and we are shocked.”  The fact that the items were toilet paper would not necessarily lead to a lenient appraisal of the court. “Whether it is money or toilet paper being robbed,” opined barrister Albert Luk Wai, “that’s not the most important consideration by the court.”

Be it heists, panic buying, the emergence of pandemic pantries, the coronavirus phenomenon is itself becoming merely a part of various other outbreaks.  “Consumers’ irrational behaviour,” Allen Adamson of New York University’s Stern School of Business tells us tritely, “will certainly do more damage than reality will.”  The reaction to COVID-19 threatens a slowing economic growth, disrupting supply chains and perpetrating a shortage of necessaries.  But most disturbing of all, it has nourished the undergrowth of suspicion against fellow human and the authorities.