Since the coronavirus pandemic took over and some supermarket egg and flour shelves are still bare here – and in parts of America – there has been greater public awareness of the fragility of our food system.

An earlier post said: “After 50 years of unjust returns for perishable produce, the coronavirus is beginning to affect food imports, just as bombing and submarines did during the last war”.

As one article in Prospect magazine commented earlier this month, supermarkets currently dominate the retail sector, with the “Big Four” often lobbying together and using their significant bargaining power to push down prices paid to farmers.

It is widely quoted that in 2016, according to ‘official estimates’, producers on average received 9p for every pound spent in a supermarket, compared with 45-60 per cent of the money consumers spent on food in the 1950s. 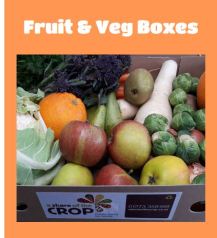 Yasemin Craggs Mersinoglu reports that more farms have turned to home delivery services and a YouGov survey has found that three million people are trying box schemes or buying food from a local farm for the first time.

A Share of The Crop, a veg box supplier which sources produce from southeast England, received a year’s worth of additional orders during a single week in March.

Lauren Simpson, a farmer based in West Wales, hopes that this shift to local food will create a fair transition into a more sustainable food system.

She is a member of the Landworkers Alliance which is lobbying for the government to build a shock-resistant food system.

An emergency support fund for small farms during the pandemic, would be followed by provision of grants to new entrants to the industry, citing the need to grow more food in the UK and further assistance to create local supply chains, processing facilities and distribution networks.

To these measures should be added promotion of the Ripple Farm model: good practice which attracts reliable local workers (right):

Security: relying on imports or increasing the supply of home-grown food?

The government has consistently asserted that improving international trade relationships is the route to food security, but, as climate instability and Covid-19 have shown, the UK is vulnerable to global political, economic and public health challenges. 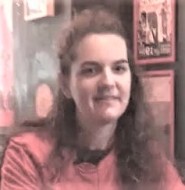 Yasemin concludes that short supply chains, with veg boxes and comparable schemes supplying fresh fruit, dairy and poultry, are not only better for the environment — they also help small producers to get a fair price by enabling smallholder farmers and smaller-scale retailers to sell directly to members of the public. They are then in control, having direct support from their community, no longer harassed by overnight order changes by the big supermarkets.