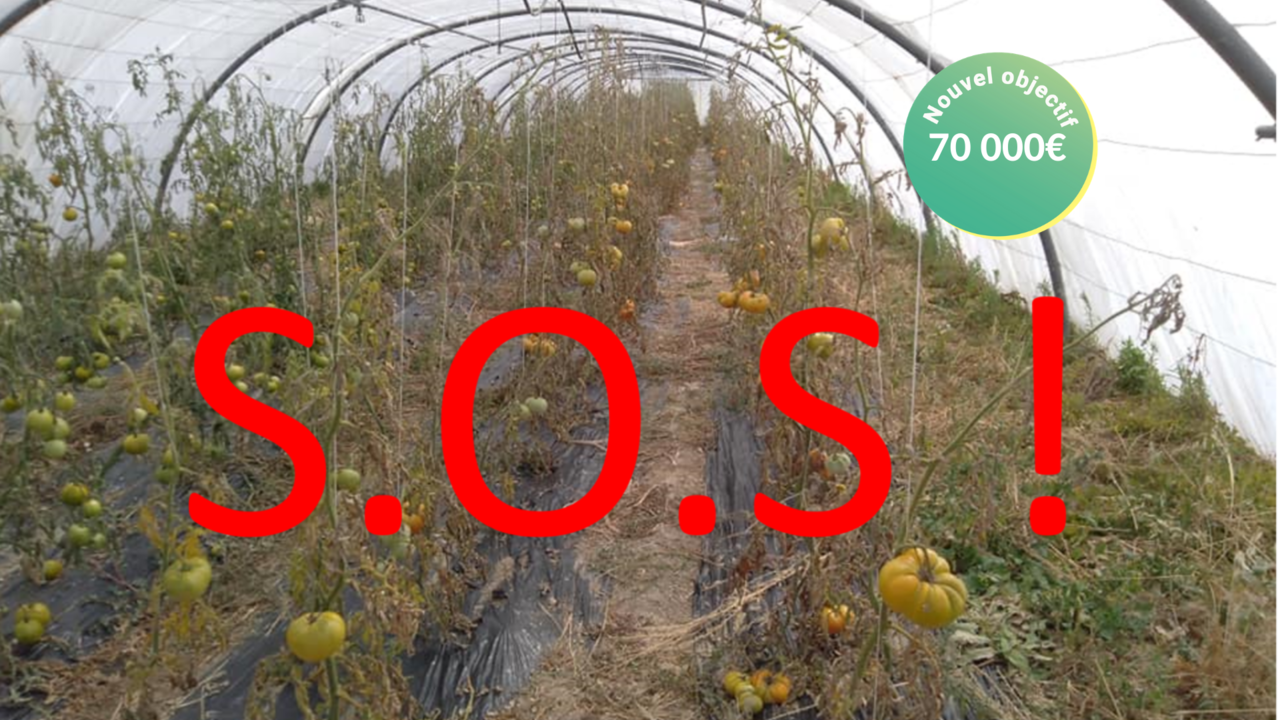 “Vast quantities of glyphosate” used to try and “finish the farm off and us along with it”. Report: Jonathan Matthews

An organic farmer’s hospitalisation after intruders doused his vegetables with glyphosate has “become a cause célèbre in France, which is facing a growing backlash against intensive agriculture”, reports Henry Samuel in The Telegraph.

Tristan and Oriane Arlaud have been running an organic farm outside the village of Puy-Sainte-Réparade near Aix-en-Provence in southern France for over a decade. And their business, Les Jardins de Paradis (Gardens of Paradise), has flourished, the paper says, “with the couple teaming up with other local producers to provide around 200 families with organic fruit and vegetables, along with bread, eggs, cheese and poultry”.

However, over the past five years their farm has also been subjected to a series of damaging attacks. In the latest of these, six of their nine greenhouses, covering 4,000 square metres were vandalized by intruders who also attacked their plants. According to The Telegraph, “After spending hours seeking to save his prized tomatoes, peppers and courgettes, and consuming some, Mr Arlaud fell unexpectedly ill and was hospitalised.”

His wife, Oriane Arlaud, told Radio France that her husband had difficulty breathing, started vomiting and had diarrhea and visual disturbances. As a result, he lost seven kilogrammes in just four days.

The Arlauds’ plants, according to The Telegraph, were found on examination to have been sprayed with “vast quantities of glyphosate, the world’s best-selling weedkiller, which the World Health Organisation has dubbed ‘probably carcinogenic’ and which faces a European ban in 2022”.

But as it took four days till the plants showed signs of wilting, Tristan Arlaud had continued working in the greenhouses in the meantime, trying to save the crops on the plants that had been slashed, unaware that the attack had also involved pesticides.

During that time the family had also continued to sell potentially affected products. One of their customers told the French daily Libération, “I was hosting my pregnant daughter that week. Who knows what she may have eaten?”

Although now out of hospital, Tristan Arlaud is said to be weakened and exhausted. He still has difficulty breathing and so has not been able to return to work. His wife told the Telegraph that he’s scared. The long-term physical consequences of his glyphosate exposure remain unknown.

Oriane also told Radio France that normally their two young daughters go into the greenhouses with them to collect tomatoes and strawberries. Luckily that week their 4 and 5 year olds hadn’t gone in. Otherwise, “they too could very well have been poisoned like my husband was.”

Other attacks in the past five years have included flooded fields, cattle being deliberately let loose onto the Arlauds’ crops, and the demolition of the stalls where they sold their produce. In each case, the Arlauds have filed a complaint with the local gendarmes but no prosecutions have ever taken place, even though in some cases the couple had photos of the alleged culprits who, according to The Telegraph, “made no secret they were responsible”.

The Arlauds say the people in question are local farmers. “Local authorities clearly didn’t want to make waves and hoped it would all die down, which these people saw as carte blanche to keep going. This time, they clearly thought they’d finish the farm off and us along with it,” Oriane told The Telegraph.

The Arlauds believe the fact that they are organic farmers is a key factor driving the attacks. “We came in for a lot of mockery with some locals saying organic farming doesn’t exist or isn’t serious.”

“We started this farm with the desire to produce food that has taste and meaning,” Oriane told Libération. “They could have [just] destroyed my tomatoes with secateurs but they chose glyphosate. This is not trivial. It is a message sent against our values.”

It also means the Arlauds will have to take the six greenhouses that were doused in glyphosate out of organic production, as the soils being so deeply polluted has lost them their organic certification. It normally takes at least two years to transition contaminated land back into organic production.

Oriane says two-thirds of their production has been affected and estimates that just their short-term losses amount to some 35,000 euros. Their outraged customers are rallying round. In the words of Libération, “The poisoning of Tristan Arlaud is a game-changer.”

Their customers have encouraged the couple to bring in a lawyer because of the authorities’ failure to act. “The sense of impunity on the part of the criminals must end. Justice can no longer ignore what is happening here,” Armand Poulteau, a regular at the farm, who is still deeply disturbed by the attacks, told Libération.

A crowdfunding site has already raised more than 69,000 euros to help support the Arlauds. “It’s been extraordinary. We’ve been flooded with messages of support from people saying we must keep going,” said Oriane.

They plan to use the money raised to plug the gap in their cash flow, replace the vandalised greenhouses and set them up on uncontaminated land, pay for a lawyer to make sure the attacks are properly investigated, and install a video surveillance system to help guard against future incursions. And if enough money is raised, the Arlauds even hope to establish an “educational farm” to teach children about ecologically sustainable agriculture and create links in the area. They see this as a positive way of fighting back.

Oriane told The Telegraph that she thought the reason for the wave of support was because France had reached a “critical juncture” between “two opposing models”.

“One is very industrial, competitive and focused on exports. That is the one held up as the model to follow. The other is of smaller, human-scale farming that is respectful of people, animals and the surrounding environment. The idea is that everyone can make ends meet through the ecosystem. It’s another set of values,” she said.

In 2008, The Telegraph notes, “France pledged to halve pesticide use in a decade. Instead, it has gone up by 25 per cent… Some accuse the country’s most powerful farming union, FNSEA, of being in sway of the pesticide lobby. France, meanwhile, hopes to double the amount of organic farming to 15 per cent of crops by 2022. Organic land area in France grew by 16.7 per cent in 2018, the world’s biggest increase for a single year, bringing France second only to Spain in Europe.”