Last week, amidst widespread condemnation, Boris Johnson met Victor Orbán, the prime minister of Hungary and leader ofFidesz, to ‘discuss the importance of the UK and Hungary working together’. As well as being accused of antisemitism, Islamophobia and dismantling human rights, Orbán’s increasingly authoritarian regime has attacked the LGBTQ community, passing a law last year that has made it impossible for transgender or intersex people to legally change gender.

In a blog for Race & Class, deputy editor Sophia Siddiqui looks at the attack on LGBT rights in Hungary, revealing how it is part of a wider anti-equality stream running through European politics that discriminates against anyone who does not subscribe to the tenets of the heteronormative nuclear family. The far Right has long organised against the racialised ‘other’, but we are now seeing that issues around reproduction, sexual difference and the family are fast becoming the new ‘othering’ political battleground.

This political battle is not limited to the far-right fringes. In ‘Feminism, biological fundamentalism and the attack on trans rights’, Siddiqui shows how here in the UK, trans rights have come under attack not just from government and media voices, but also from ‘gender critical’ feminists. As anti-trans culture wars gain momentum by the day, we must be attuned to how they can play into extreme- right agendas – with implications for all minorities.

As highlighted by Liz Fekete last week, the fight for anti-discrimination laws to protect minority groups has always been part of the anti-racist fight. We must resist the neoliberal approach to equalities that could pit groups against each other. The impact of neoliberalism on working-class young people and the unacknowledged violence they face is explored in an interview by Jessica Perera with author Joy White in ‘Meritocracy is a mirage’.

If we needed evidence of that mirage, our calendar of racism and resistancedocuments several concerning deaths, including that of a 14-year-old boy who was stabbed to death by a group in Birmingham after being subjected to racist abuse; that of a 27-year-old undocumented Malian construction worker in Paris where contractors ignored health and safety standards; and the shooting of a Muslim former prisoner said to be radicalised in prison and suffering from schizophrenia, who was shot dead near Nantes, France, after injuring a police officer with a knife. 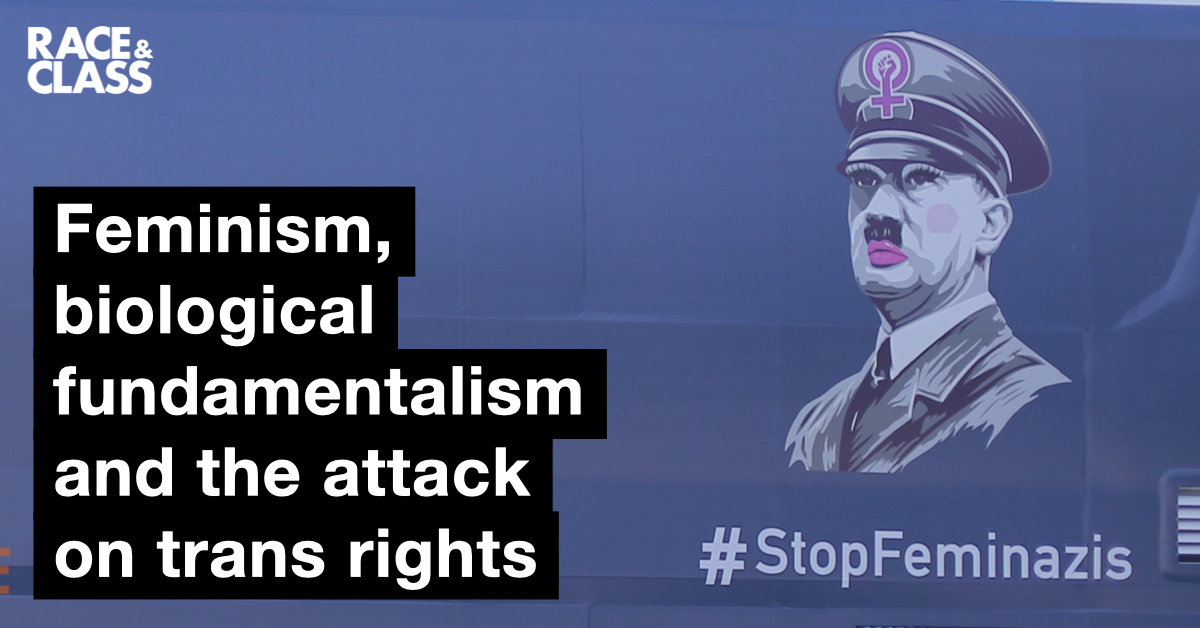 As trans rights in the UK come under attack from powerful government and media voices, as well as ‘gender critical’ feminists, Sophia Siddiqui warns of the multiple dangers ahead when/if we cede territory to far-right ideas on innate biological difference. If on Twitter, see our short thread summary. 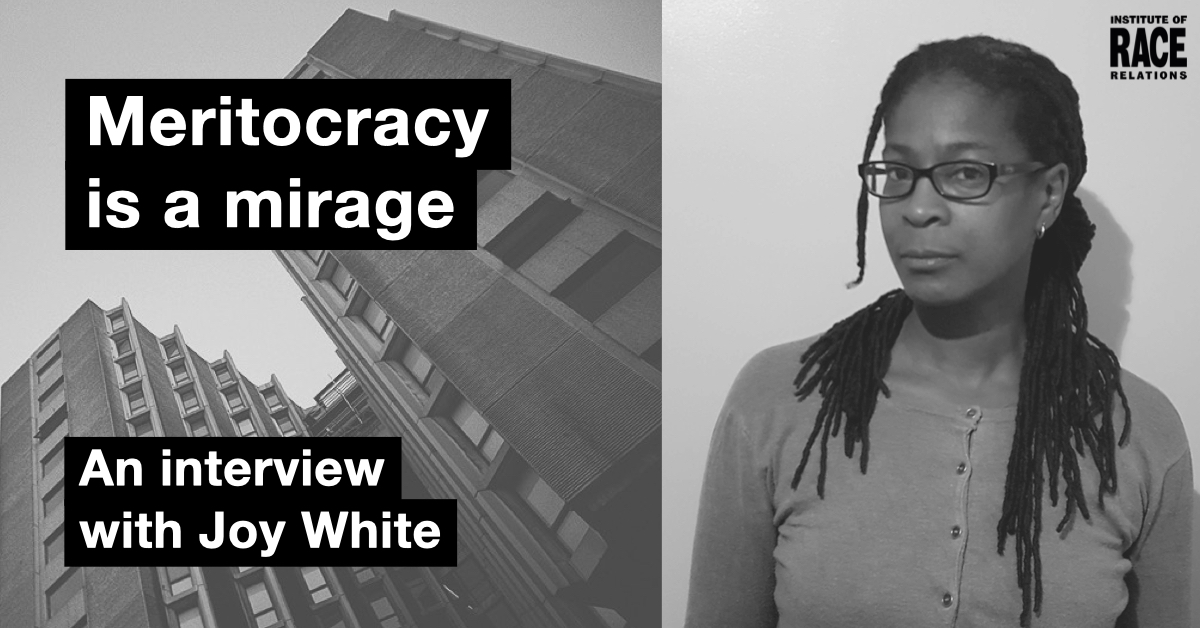 Jessica Perera interviews academic Joy White about her 2020 ethnographic book Terraformed: Young Black Lives in the Inner City, which reads as a telling riposte to the recent Commission for Race and Ethnic Disparities (CRED) report. 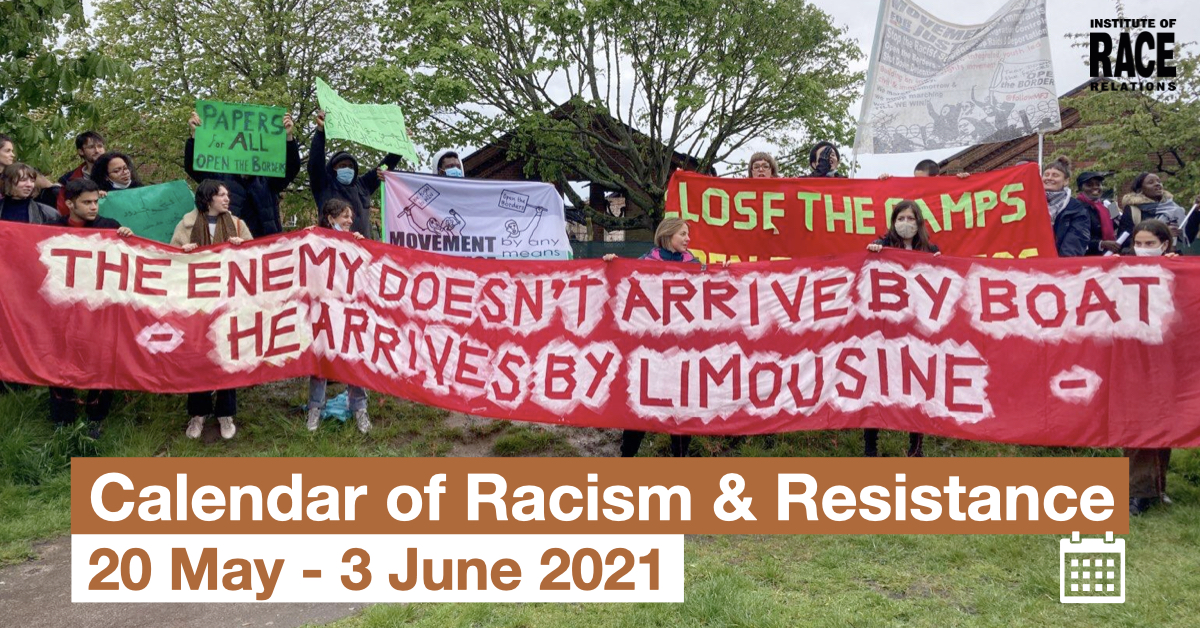 This week’s extensive calendar includes coverage of the dramatic increase in digitised border technologies across Europe, most notably a 9ft wall around refugee camps on the Greek mainland. 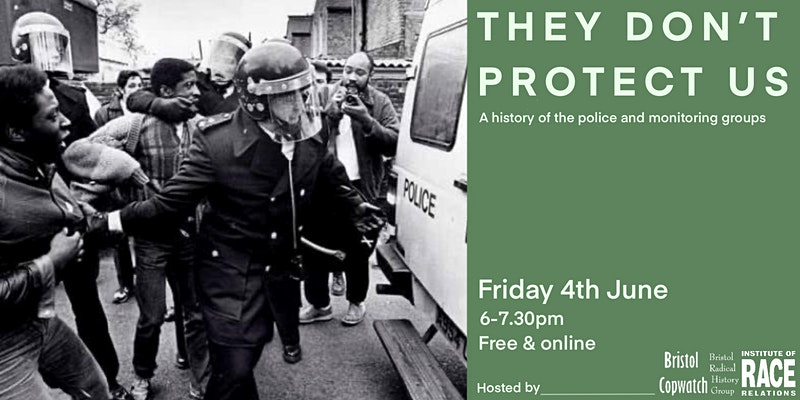 Alongside Bristol Copwatch, the IRR is delighted to co-host “They don’t protect us: a history of the police and community monitoring groups” tomorrow (Friday 4 June) at 6pm online. Speakers include John Pegram (Bristol Copwatch), Jas Nijjar (The Monitoring Group) and IRR Associate Researcher, Jessica Pandian. Register for your place>

And on Sunday 6 June at 11am, IRR Associate Researcher Jessica Perera will be speaking at the London Renter’s Union meeting, Resisting Borders in Housing. Register for your place here>