Since indicating its support for the Sewell report, a number of things have become clear about this government’s attitude to racial justice. The first is that it doesn’t accept that structural racism is an issue in the UK today, and the second is that, where evidence of disparities and disproportionalities suggests otherwise, it seeks other explanations, usually in the culture of minorities themselves. That’s why the Commons Home Affairs Committee report, The Macpherson Report: Twenty-two years on (see IRR statement here), with its recommendation to appoint a racial equality commissioner for policing and for the home secretary to chair a race equality steering group, seems so very out of touch with the times. One shudders to think who home secretary Priti Patel would consider a suitable appointee for such a sensitive role, given that her ministry is busy ripping up the rule book governing Section 60 ‘suspicionless’ searches. And this even though they are much more racially disproportionate than those requiring reasonable suspicion. But according to the prime minister, expanding police powers to stop and search without oversight is a ‘kind and loving’ thing to do.

As NHS England bids farewell to its chief executive Simon Stevens, Black health activist Wayne Farah questions how another key aspect of the government’s approach to race – its fixation with issues of diversity, at the expense of racial equality – is reflected in NHS management strategies. This piece is important in helping us understand the limitations of research processes that focus solely on disparities and disproportionality in outcomes. Today, management strategies in organisations like the NHS are not based on questioning policies or procedures, only diversifying them, he argues, which in turn makes disparity the prism through which all racialised communities are analysed and understood by the NHS.

If arguments around disparities are not to be twisted by those who seek to stigmatise communities for wider societal failings, understanding context is key – and this is what we do each fortnight, in our regular calendar of racism and resistance. From the Judicial Review and Courts Bill to proposals to change the Human Rights Act, the Beating Crime Plan and the refusal to review the joint enterprise laws, charities continue to warn, as we report, about the implications of the legislation and the wider failure to correct injustices.

We will continue to publish the calendar each fortnight throughout August, although IRR News will be taking a break until 9 September. 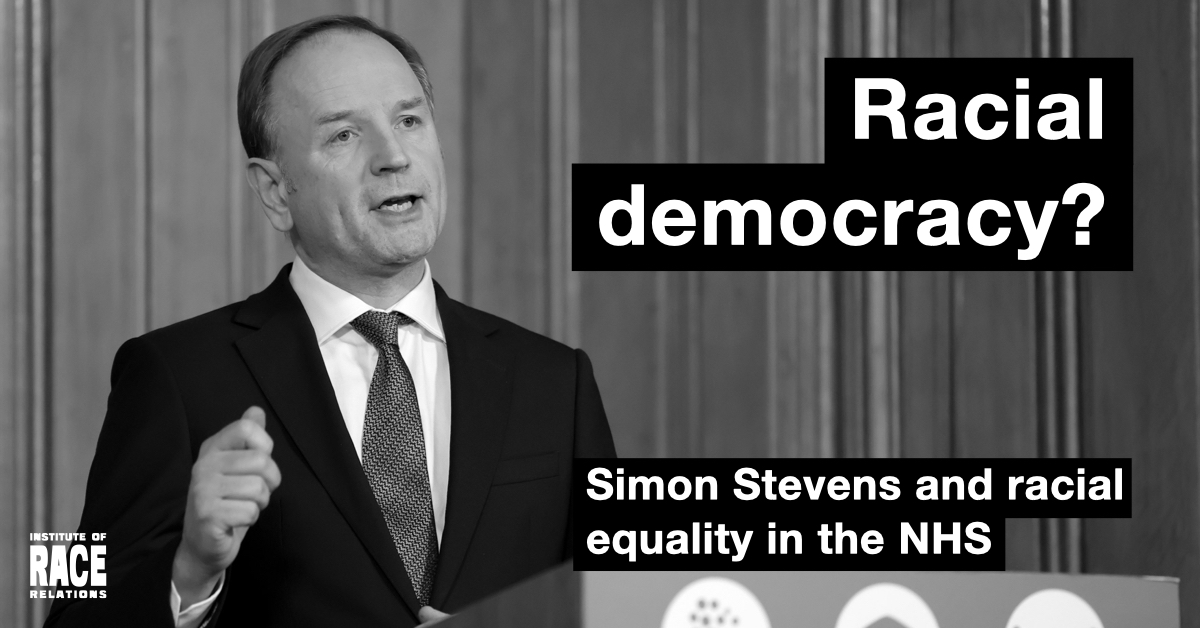 Simon Stevens and racial equality in the NHS Racial democracy?

As NHS England bids farewell to its chief executive Simon Stevens, Black health activist Wayne Farah takes a critical look at the direction of travel on racial equality under his leadership. 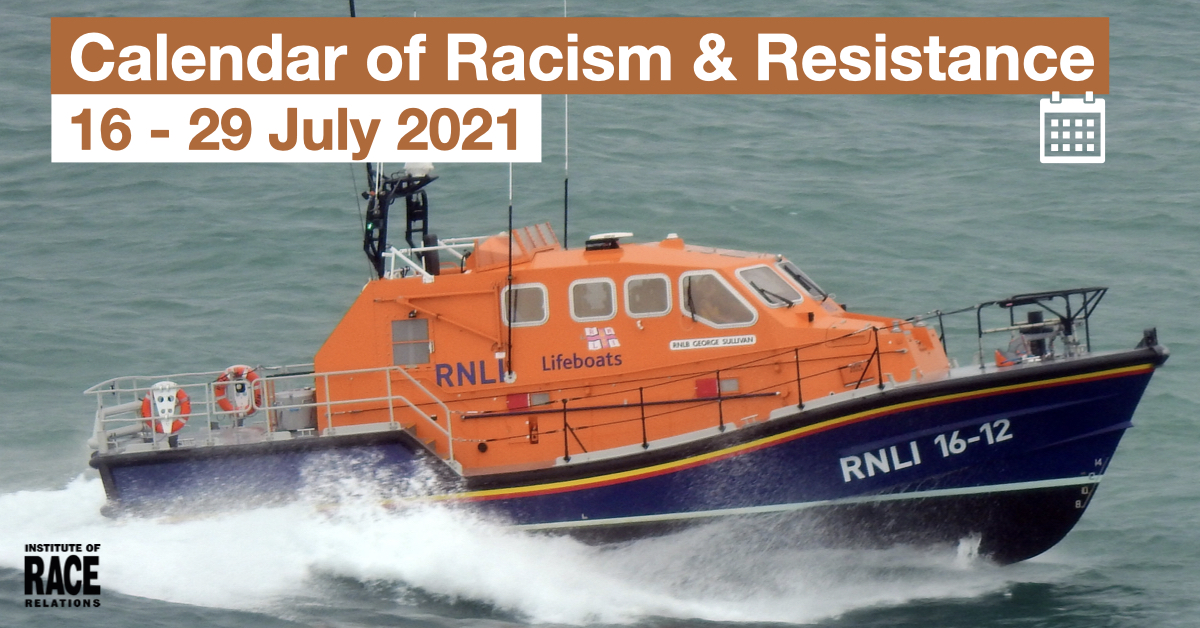 In last week’s calendar, many charities warn of the human rights implications of a combination of government legislation and failure to correct injustice – from the Judicial Review Bill to proposals to change the Human Rights Act, from the Beating Crime Plan to the refusal to review the joint enterprise laws. Meanwhile in Europe, the far Right in Germany, Poland and Greece are exploiting anti-vaccine protests, with Polish protesters chanting ‘the Jews are behind the pandemic’. And as police data reveals a 7% increase in racially and religiously aggravated attacks, our regular trawl of the local UK police reveals ugly incidents in Cambridgeshire, Luton, Bolton, Rotherham, Birmingham and Norwich.

If you or anyone you know has experience of the Prevent programme – for example as a teacher, a health professional or as someone who has been referred or threatened with referral – the People’s Review of Prevent is currently taking evidence, and would like to hear from you. The latest date for submissions is 6 September.