The phrase ‘liquid graveyard’, often applied to the Mediterranean, is now applicable to the English Channel, where the 43 boat-related deaths in the last 18 months are the result of Europe’s increasingly militarised border regime. The latest of these avoidable deaths occurred on 24 November, when seventeen men, seven women (one pregnant) and 3 children, thought to be Iraqi or Iranian Kurds, drowned trying to cross the Channel. Each of these deaths is a tragedy to the families of those seeking safety or trying to join loved ones here. All could be avoided by a humane policy which allowed asylum seekers access to travel facilities. Cracking down on unauthorised journeys through more pushbacks, criminalisation and ‘off-shoring’, as the government proposes in the Nationality and Borders Bill, won’t stop the deaths – it will drive people into taking more dangerous journeys, costing more lives. The IRR spoke to the Morning Star about this latest tragedy and for more on the borders bill, read IRR Vice-Chair Frances Webber’s comments to the New Statesman in their analysis of plans to remove citizenship without notice.

In our regular calendar of racism and resistance, we show how the government has responded to the worst disaster on record on this narrow seaway by entering into a blame-game with its French counterparts. Deploying doublespeak, it has promised to pursue the smugglers in the name of compassion for the families, while batting away any criticism of its policies which, in denying safe passage, reveal its basic lack of humanity.

When states cease to respect human life, or take the lead in demonising the migrant, Black or Roma ‘other’, we should not be surprised when some citizens prove themselves incapable of responding to pain and suffering. In compiling our biweekly calendar, the cases we document – whether they be deaths in police custody, at the border, or on the streets – never cease to shock. Our calendar also documents the death of an 8-year-old Roma girl, Olga, in Greece. Olga was crushed to death over a number of minutes when she got caught twice in a metal sliding door in a factory in Keratsini. A video shows a shocking level of indifference from at least six people towards the girl dying in front of their eyes, with no one calling for help and one person even poking her body with his foot to see if she was dead.

Examining how we reached this point is Europe’s Fault Lines by IRR Director Liz Fekete, available to purchase as part of our holiday bundle. 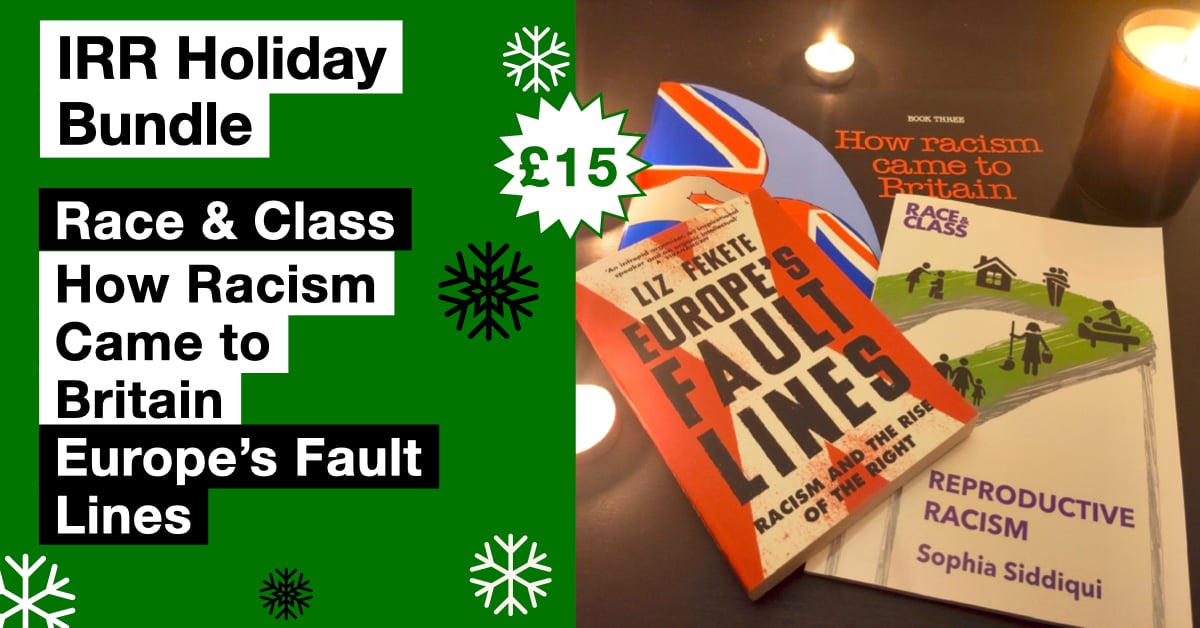 You have to understand the past to make sense of the present. These three key anti-racist texts shine a light on the history of colonialism, help us grasp the current moment, and anticipate what’s in store. For just £15, get the latest edition of Race & Class, the How Racism Came to Britain cartoon book for kids, and the crucial Europe’s Fault Lines in our special festive promotion. Available until Thursday 16 December while stocks last. 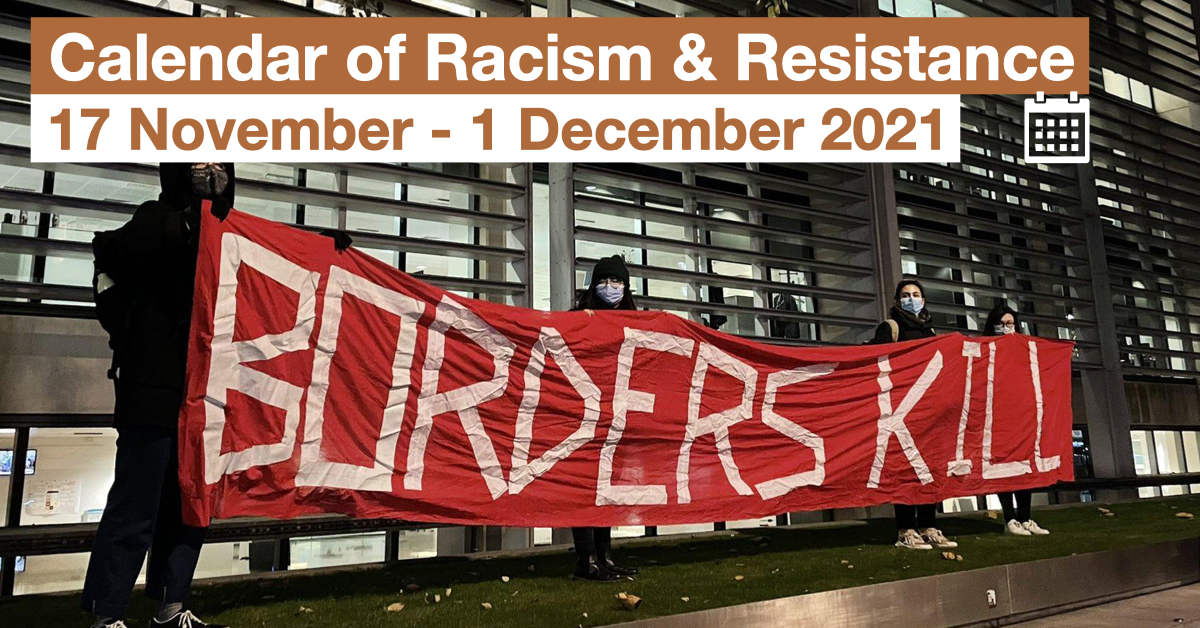 This week’s calendar details the fallout from the terrible loss of life in the Channel, with the UK government entering a blame-game with its French counterparts whilst campaigners demonstrate outside the Home Office. 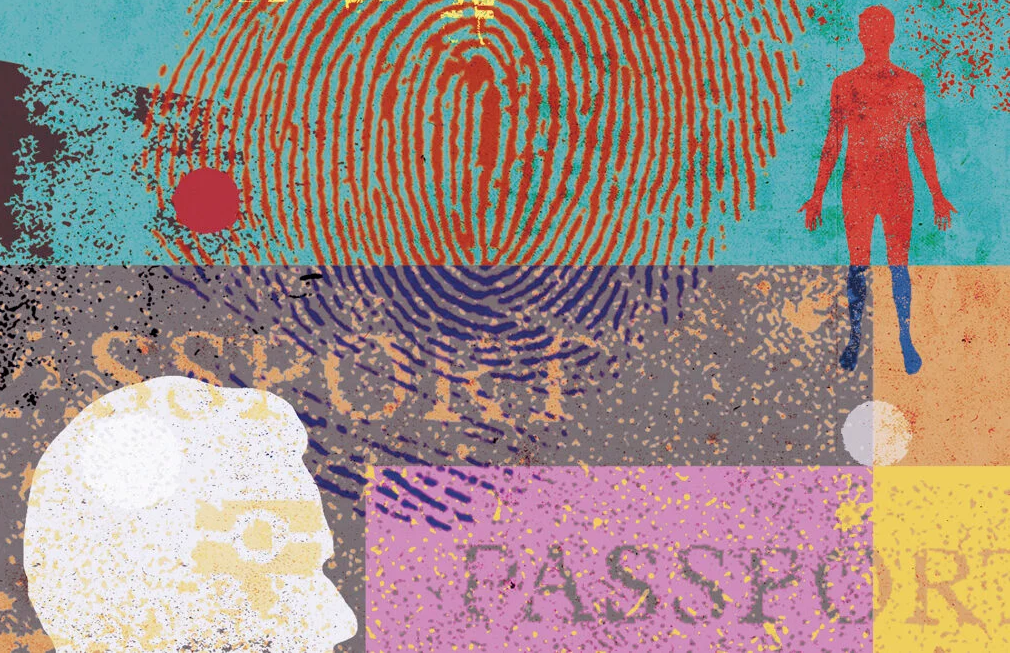 Following the loss of life in the Channel and revelations over plans to remove British citizenship without notice, the IRR and our work has been quoted in several news articles and op-eds including Huffington Post, New Statesman, TRT World, Sky News, Morning Star and The Guardian.Race & Class Deputy Editor Sophia Siddiqui also gave an interview to the Irish anti-fascist outlet The Beacon to discuss her article, Racing the nation: towards a theory of reproductive racism.