What You Can’t See Won’t Hurt You

As social media replaces actual social interactions, our thoughts and opinions are increasingly coming under the purview of the cybersecurity industry and national security interests that want to regulate what and who can see, talk to and hear in the U.S. cognitive space.

END_OF_DOCUMENT_TOKEN_TO_BE_REPLACED

Making political sense of the world can be tricky unless one understands the role of the state in capitalist societies. The state is not primarily there to represent voters or uphold democratic rights and values; it is a vehicle for facilitating and legitimating the concentration of wealth and power into fewer and fewer hands.

END_OF_DOCUMENT_TOKEN_TO_BE_REPLACED 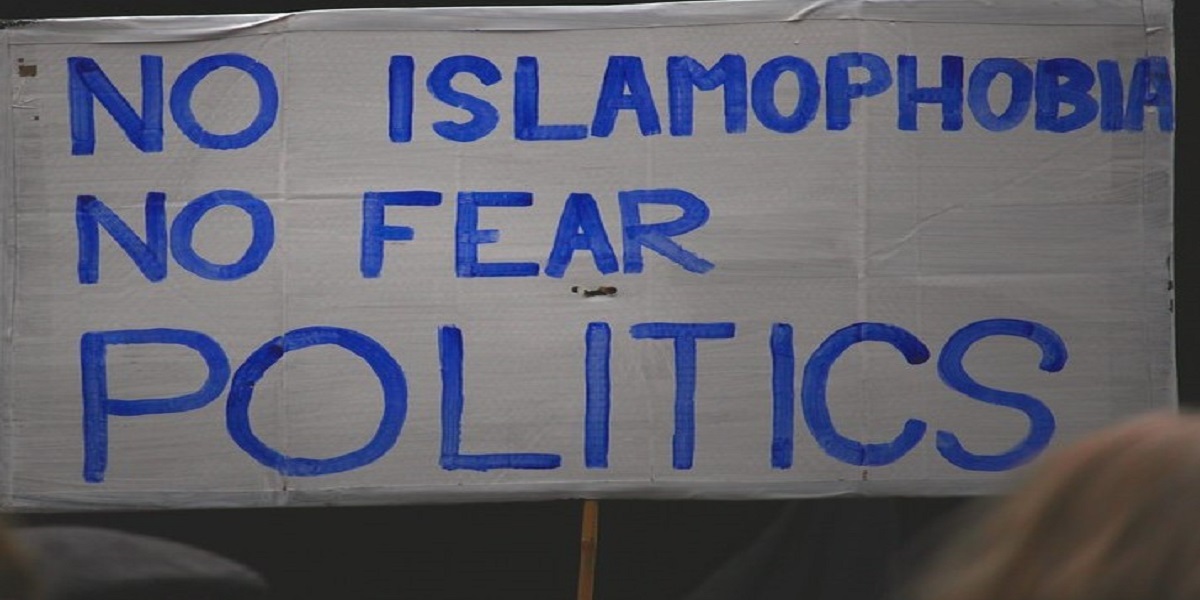 Since 2001, the ‘war on terror’ has seen a ratcheting up of powers available to police and intelligence agencies and a series of new Terrorism Acts. Counter-terrorism budgets have ballooned while other sectors have been devastated by austerity. The extraordinary nature of these measures means that they often bypass the standard legal principles of the regular criminal justice system.

END_OF_DOCUMENT_TOKEN_TO_BE_REPLACED

In its new strategy, the government is proposing measures that may criminalise legitimate speech and shrink the space for open debate throughout society. The UK already has legislation dealing with criminal offences in this category, including the Terrorism Act and the Public Order Act, and there is no need for new laws that may seriously harm everyone’s right to freedom of expression in this country.
END_OF_DOCUMENT_TOKEN_TO_BE_REPLACED

“If you tell a lie big enough and keep repeating it, people will eventually come to believe it. The lie can be maintained only for such time as the State can shield the people from the political, economic and/or military consequences of the lie. It thus becomes vitally important for the State to use all of its powers to repress dissent, for the truth is the mortal enemy of the lie, and thus by extension, the truth is the greatest enemy of the State.” Nazi Propagandist Joseph Goebbels

END_OF_DOCUMENT_TOKEN_TO_BE_REPLACED

A secret police intelligence unit has been set up to spy on Left-wing and Right-wing political groups.

The Confidential Intelligence Unit (CIU) has the power to operate across the UK and will mount surveillance and run informers on ‘domestic extremists’.

Its job is to build up a detailed picture of radical campaigners.

Targets will include environmental groups involved in direct action such as Plane Stupid, whose supporters invaded the runway at Stansted Airport in December.

END_OF_DOCUMENT_TOKEN_TO_BE_REPLACED

There are plans to deploy ‘black boxes’ in UK ISPs’ networking hubs so that the government can capture and record every website that UK citizens visit. A similar operation is in full swing in the United States, where the NSA has hooked up their own ‘black boxes’ to American Internet Service Providers’ (ISPs) networks to capture ‘questionable content’ passing through these networks. Unlike the Americans, who only examine questionable content, the UK government is planning to develop a database to hold the contents of all messages passing along their nations’ telecommunications networks.

END_OF_DOCUMENT_TOKEN_TO_BE_REPLACED

Internet ` black boxes` will be used to collect every email and web visit in the UK under controversial government’s plans to set up a giant ‘big brother’ database, it was reported Wednesday.

Home Office officials have told senior figures from the internet and telecommunications industries that black box technology could automatically store raw data before transferring it to a giant government-controlled database, according to the Independent.

Details of the database were said to have emerged at a meeting with internet service providers (ISPs) in London this week, when a presentation was made of what was called the government’s Interception Modernisation Programme (IMP).

Plans to create a database holding information about every phone call, email and internet visit made in the UK have already provoked a huge public outcry.

Richard Thomas, the Information Commissioner, described it as ‘step too far’ and the government’s own terrorism watchdog said that as a ‘raw idea’ it was ‘awful.’

The Independent quoted a source close to the meeting saying it was clarified that the government will hold all the data, but ‘what isn’t clear is what the Home Secretary, GCHQ (monitoring centre) and the security services intend to do with all this information.’ Experts told the meeting the security and intelligence agencies wanted to use the stored data to help fight serious crime and terrorism.

The controversial plans are expected to be included in the government’s Communications Data Bill early in the new year, with ministers said to be insisting that they only want to return to a position of monitoring mail before the emergence of the internet. –IRNA

If incorporating personal details into an RFID (radio-frequency identification) chip implanted into a passport or driver`s license may sound like a “smart” alternative to endless lines at the airport and intrusive questioning by securocrats, think again.

Since the late 1990s, corporate grifters have touted the ‘benefits’ of the devilish transmitters as a ‘convenient’ and ‘cheap’ way to tag individual commodities, one that would ‘revolutionize’ inventory management and theft prevention. Indeed, everything from paper towels to shoes, pets to underwear have been ‘tagged’ with the chips. ‘Savings’ would be ‘passed on’ to the consumer. Call it the Wal-Martization of everyday life.

END_OF_DOCUMENT_TOKEN_TO_BE_REPLACED

Taken from the leaked government document

Phil from the UK anti-ID-register group NO2ID sends in this nugget â€” note the call to action there. Weâ€™ve got a sensitive government document revealing the British governmentâ€™s plan to trick us into a database state and we need as many copies as possible, as quickly as possible!

UK campaigners NO2ID this morning enlisted the help of bloggers across the world to spread a leaked government document describing how the British government intends to go about â€œcoercingâ€ its citizens onto a National Identity Register. The â€˜ID cardâ€™ is revealed as little more than a cover to create a official dossier and trackable ID for every UK resident â€“ creating what NO2ID calls â€˜the database stateâ€™.

NO2IDâ€™s national coordinator, Phil Booth, exhorted bloggers, freedom lovers and anyone who gives a damn about personal privacy to mirror the annotated document on their site.

â€œThe charade is over. While ministers try to bamboozle the British public with fairytales about fingerprints, officials are plotting how to dupe and bully the population into surrendering control of their own identities.â€

â€œBiometric ID cards are a sham; a magicianâ€™s flourish to cover the biggest identity fraud there has ever been.â€ â€” Phil Booth

Secret, judge-only courts where the accused has no access to the ‘evidence’? Changes to the law will include making it illegal to advocate violence to further a person’s belief, justifying or validating such violence, or fostering hatred.

Under the Lords Chancellor Cardinal Wolsey and Archbishop Cranmer (1515-1529), the Court of Star Chamber became a political weapon for bringing actions against opponents to the policies of Henry VIII, his Ministers and his Parliament. Then, under James the 1st and Charles the 1st, the Star Chamber Court sessions were held in secret, with no indictments, no right of appeal, no juries, and no witnesses. Evidence was presented in writing. On October 17, 1632, the Court of Star Chamber banned all “news books”.[1] Sound familiar? END_OF_DOCUMENT_TOKEN_TO_BE_REPLACED

Amazing isn’t it, a bill which if passed, that along with the 2000 Terrorism Act, pretty well entrenches total state control over the citizen, barely gets a mention in the media. The BBC in its News at One programme yesterday (25/11/03) didn’t even mention it as being included in Queenie’s speech. Later, on PM News at 5, it got a passing mention as something that might be of concern to civil liberties groups, but that was about it. Talk about the sin of omission!