The Real Reasons. Defeat in Syria is more than defeat in one Arab state. It portends a significant shift in the power balance in the entire region. 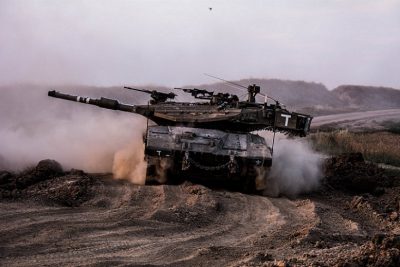 The United States government has once again shamelessly violated international law. There was no legal or moral justification for launching more than a 100 missile strikes against so-called chemical weapons’ sites in Syria on the 14th of April 2018. Unlike the last strike targeting a single airfield in April 2017 which was also in retaliation for President Bashar Assad’s alleged use of sarin gas against civilians, the US was joined in its assault this time by its allies, Britain and France.The three Western powers claimed that they had strong evidence that the Assad government had again employed chemical weapons in Douma on the 7th of April, killing scores of civilians, including children.

If the evidence was so compelling, why didn’t the US President present it to the US Congress and seek its endorsement for military action, as required by law? Why didn’t the British Prime Minister seek approval from her Parliament, instead of getting a Cabinet cabal to endorse her war plan? The French President also erred in this respect. One could go further and ask why Washington did not share the evidence it had with Moscow, Syria’s staunchest protector?  Or, with other members of the UN Security Council, apart from Britain and France?

Is it because the so-called evidence was obtained from dubious sources — such as the terrorist group, Jaish al- Islam which was fighting the Assad government and in control of parts of Doumaon the 7th of April? Were the White Helmets, a fake civil defence outfit established by British intelligence and funded by both Britain and the US yet another supplier of ‘evidence’? Or as it has happened on numerous occasions in the past, was the ‘evidence’ generated by  Mossad, Israel’s intelligence network, in pursuit of its own nefarious agenda ?

The source or sources of evidence of Assad’s alleged use of chemical weapons is an issue that has to be explored thoroughly for an obvious reason. Since the beginning of the war in Syria in 2011, there have been at least half a dozen alleged episodes of Assad resorting to chemical weapons in order to eliminate his adversaries which after independent investigations have turned out to be false flag operations or gross distortions of what had really occurred. In fact, some analysts are of the view that a terrorist group had stage managed the 7th April Douma episode and then put the blame upon the Syrian government to justify foreign intervention. Ghouta in 2013 was also a false flag operation, according to the celebrated investigative journalist, Seymour Hersh. Let’s not forget that Syria’s neighbourhood has witnessed some major false flag operations including that monstrous lie about Saddam Hussein’s ‘Weapons of Mass Destruction’ in 2002-3.

What lends credence to this view about fabricating evidence and false flag operations is the actual situation on the ground. Why should Assad employ chemical weapons when he is on the cusp of total victory over his terrorist opponents and other militants? How does it benefit him? Why should he deliberately elicit the wrath of people everywhere when he is already in a position of strength? Besides, he had surrendered his arsenal of chemical weapons to the UN affiliated Dutch based Organisation for the Prohibition of Chemical Weapons (OPCW) in 2013. This was verified by the OPCW. It was also the OPCW that established some time ago that one of the three facilities destroyed by Western missiles on the 14th of April was in fact a civilian pharmaceutical and chemical research centre manufacturing among other things drugs for cancer treatment necessitated by the embargo imposed upon Syria.

With all this as the backdrop, one is not surprised that the US and its allies chose to attack Syria on the eve of the visit of the OPCW to Douma to verify whether, and what type of, chemical weapons were used on the 7th of April. Were the aggressors afraid that the truth about the 7th April episode would expose them? Was the attack a move meant to render the OPCW investigation academic?

Given these and a multitude of other questions hanging over the allegation about Assad’s chemical weapons, why were the US and its allies in such a hurry to strike Syria? Before we attempt to answer that question, we must understand that the US and Israel have for decades regarded Syria, together with Iran and the Hezbollah, as the unyielding obstacle to their persistent drive to dominate and control the region. To put it in another language, Syria, Iran and Hezbollah constitute the triumvirate of resistance to the US-Israel Agenda of Hegemony over West Asia and North Africa (WANA). Israel in particular seeks to curtail and if possible crush each of the three for similar and dissimilar reasons. Since our concern is with Syria we shall examine why the leadership of that country is in Israel’s radar.

For Israel, control over Syria’s Golan Heights is vital for its security. Israel’s notion of security is defined by its ability to control and dominate its neighbours such as Syria and Lebanon. The Golan Heights which Israel captured in the 1967 War was formally annexed on 14 December 1981. It is important to note that it supplies water to Israel and contains oil, gas and minerals.  With annexation, Israel asserted its perpetual sovereignty over Golan which to this day international law recognises as part of Syria. To translate its illegal annexation into political reality, Israel has for a number of years sought to oust the independent minded government in Damascus and replace it with a puppet regime. It saw the uprising that broke out in March 2011 in a small township in Syria as an opportunity and backed the rebels. Very soon, the rebels were joined by militants, many of whom were linked to various terrorist outfits. These terrorist outfits such as Al-Qaeda were financed by countries in the region and trained and equipped by groups in WANA and from Europe and the US. It is not widely known for instance that Israel itself has provided arms to seven different terror groups in Syria.

By the middle of 2015, Israel and other supporters of these groups within WANA such as Saudi Arabia, Qatar and Turkey and those outside the region such as the US, Britain and France, were confident that they would be able to oust Bashar Assad, based upon the vast swathes of land and resources that the anti-Assad forces had seized. Realising that its longstanding ally in WANA was in mortal danger, Russia decided to intervene militarily in September 2015. It fortified the Syrian Army, and with the assistance of Hezbollah and Iranian advisers and militias, Russia intensified the fight against terrorist groups in Syria. Within 20 months it was obvious that the tide had changed. The Bashar government, buttressed by Russia, had regained control of most of Syria by the last quarter of 2017. Douma was in a sense one of the last footholds of one of the terrorist groups. With defeat staring in the face of not only the terrorists but also Israel, some other regional players and of course the US and its allies, the latter decided hastily to strike against Syria on the 14th of April.

Defeat in Syria is more than defeat in one Arab state. It portends a significant shift in the power balance in the entire region. Russia may well emerge as the pivot of this change with crucial roles for Iran and Syria and other players. It is a scenario that is totally unacceptable to the US and its allies like Britain and France. Incidentally, all three at various points in the present and the past have been imperialist powers in the region.

It is not a coincidence that in all these three countries, Israel and Zionism exercise inordinate influence. Israel has always viewed the US and to a lesser extent Britain and France as the protectors of a power structure in WANA that guarantees its own regional hegemony. It is because Israel and its protectors are now uncertain about their dominance that they have chosen to flex their muscles.

Dr. Chandra Muzaffar is the President of the International Movement for a Just World (JUST). He is a frequent contributor to Global Research.

Url of this article:
https://www.globalresearch.ca/striking-syria-u-s-shameless-violation-of-international-law-fabricating-evidence-and-false-flag-operations/5636461